Warriors captain Roger Tuivasa-Sheck will not be drawn on who he wants to coach the rugby league club beyond this season. 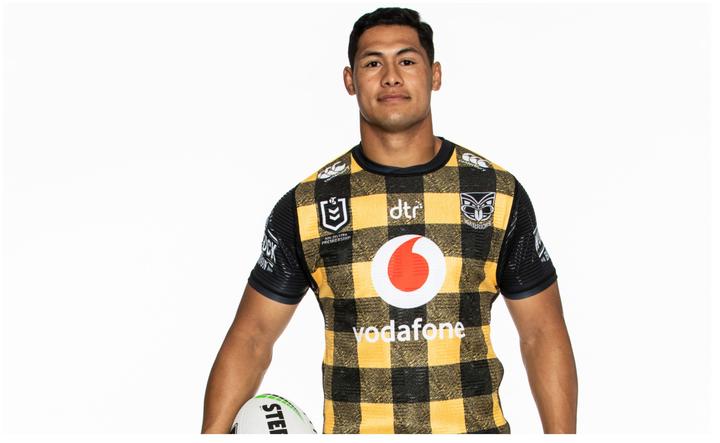 Roger Tuivasa-Sheck in the Warriors alternative jersey for the game against the Titans. Photo: PHOTOSPORT

Tuivasa-Sheck returns to the Warriors line-up for tonight's NRL game against the Gold Coast Titans after a week on the sidelines suspended and the fullback said he was not distracted by the club's search for a new coach.

Tuivasa-Sheck backed Payten's direct "toughen up" stance that he had brought to the club in the nearly three weeks of the post-Kearney era.

Payten encouraged the players to put the off-field issues, including the uncertainty about families arriving and players potentially leaving, behind them and Tuivasa-Sheck said the players were coming around to his way of running the team.

"You just never know the luck that we get so it is about just being tough about the reality and I think that is what Todd has been harping on about - face it boys and be tough about it - and that's what I think I've seen more acceptance about," Tuivasa-Sheck.

Further to the no excuses attitude, Tuivasa-Sheck said the side were not putting too much weight on their poor away record.

The Warriors have had success at their adopted homeground of Central Coast Stadium in Gosford but have struggled in away games.

After a come from behind win against the Broncos in the last round the Warriors are travelling north to Robina and are trying for back-to-back victories for the first time since Payten joined the club as an assistant coach more than 18 months ago.

The club will debut the infamous black and yellow checked 'bush' jersey - dubbed by one fan "the worst jersey in the history of sports" - tonight against the Titans.

Payten gave the controversial jersey, which was to be worn by the rugby league side for a game in Wellington in June that did not go ahead, his tick of approval.

However, Payten was less concerned about the fashion statement the jersey made than trying to secure another win.

"It's a different jersey, I think it will look good - I don't mind it," Payten said.

"I don't care what colour we play in, I just know we'll be ready whichever jersey we're wearing."