Time is running out for the NRL to meet the Warriors' 23-day ultimatum to get the remaining players' families across to Australia. 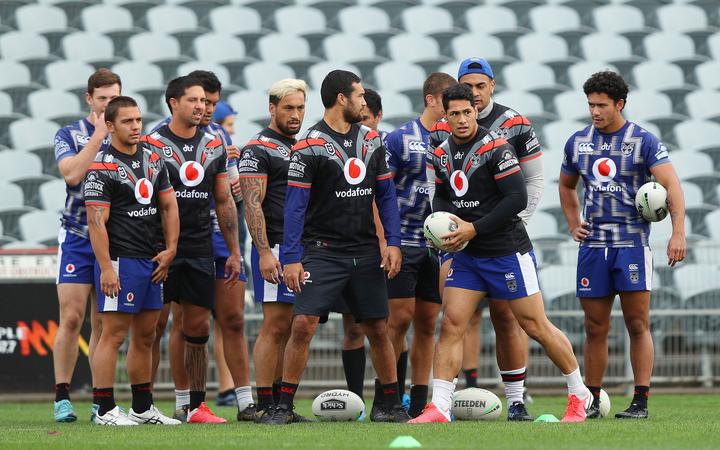 The Warriors have given the NRL a deadline to get the rest of their families across the Tasman. Photo: PHOTOSPORT

The Warriors told NRL bosses Peter V'Landys and Andrew Abdo on Saturday that they had until 19 July to make progress with getting exemptions for families to join them.

If the NRL could not deliver, Warriors interim coach Todd Payten said any players wanting to leave the Warriors' Central Coast base to return to New Zealand were free to do so.

"There was a lot of talking. In the end we basically told them that they've got 23 days at that moment to get it sorted," Payten said.

"If they didn't get any clarity or give our lads a definite answer, they will be able to go home the day after the Sharks game."

Players were told the recent spike in Covid-19 cases in Victoria had not helped the club's cause in getting trans-Tasman travel clearance.

Payten said they were aware that their applications were among many the government authorities had to look at, but V'Landys had promised to take their cause "higher up the food chain ".

The Auckland rugby league club has already starting making plans to replace the three players - wingers David Fusitu'a and Ken Maumalo and prop Agnatius Paasi - who have indicated they will return to New Zealand if their families can not join them.

Payten said he has compiled a wishlist of loan players.

"It'd be idiotic to leave it until they go and then get caught with our pants down," Payten said.

"There's a list being looked at daily. If we haven't heard anything within a week, we've got to, I guess, push down that path a little bit further."

Payten said the remaining members of the squad were committed to staying and would "dig in".

Prior to leaving for Australia nearly two months ago, the players had only agreed to make the move if the NRL could assure them that their families would be able to be based in Australia too.