Latest - Manly prop Addin Fonua-Blake has been fined $20,000 for breaching the NRL's Anti Vilification Code during his foul-mouthed tirade against referee Grant Atkins. 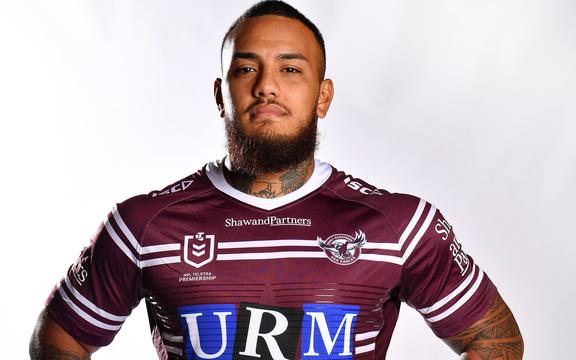 The money will be donated to a wheelchair club after Fonua-Blake's use of a derogatory term for the disabled community.

NRL acting CEO Andrew Abdo will also recommend to the ARL Commission that match review committee guidelines should be simplified to include a mandatory referral to the judiciary for all abuse and intimidation of match officials, above common dissent.

Abdo believes this will give extra support to referees and the committee.

He announced the fine on Friday for Fonua-Blake, who had already been handed a two-match suspension for contrary conduct, after he met with the Tongan international, Manly chief executive Stephen Humphreys and coach Des Hasler on Thursday afternoon.

Fonua-Blake was sent off by Atkins following the full-time siren in Manly's dramatic two-point loss to Newcastle at Lottoland on Sunday when the prop abused the referee when his team was not awarded a penalty after a last-ditch attacking raid.

Manchester United kept up their chase for a top-four spot with a comfortable 3-0 win at relegation-threatened Aston Villa in the English Premier League.

The victory means United, who are now unbeaten in 17 matches in all competitions, became the first team since the formation of the Premier League to win four consecutive matches by a margin of three or more goals.

Ole Gunnar Solskjaer's side are fifth in the table, one point behind fourth-placed Leicester City and two adrift of Chelsea in third with four games left.

Aston Villa are second from bottom.

In the middle of the table clash Everton and Southampton drew 1-1, while Tottenham and third to bottom Bournemouth drew 0-0.

A spot has opened up in the New Zealand men's rowing eight after James Lassche announced his retirement. 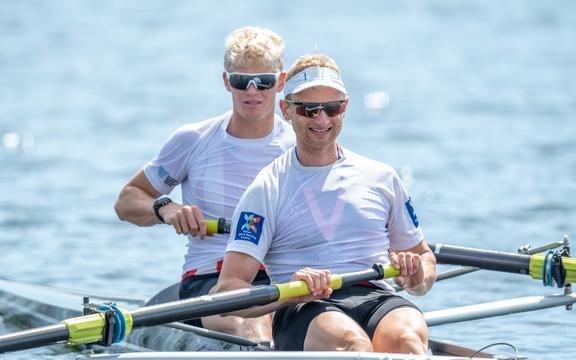 He was a part of the eight that was still hoping to qualify for next year's Olympics along with the men's quad.

Rowing New Zealand has announced its 2020 summer squad which includes 24 women and 19 men.

New Zealand has qualified nine boats so far for Tokyo.

An ambitious attempt to hold a high-tech athletics meeting with runners in different stadiums ran into problems when world champion Noah Lyles ran too short a distance in the 200 metres event. 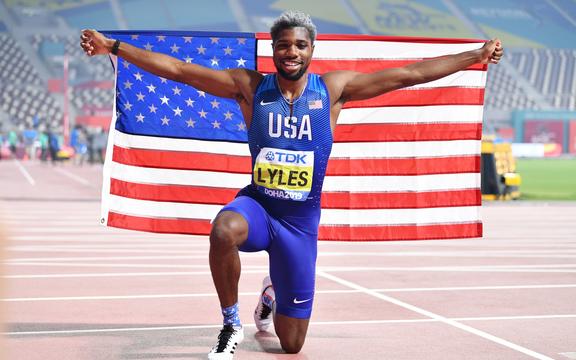 Lyles, running in Florida, completed the race at the Inspiration Games in an eye-watering 18.90 seconds -- which would have smashed Usain Bolt's world record of 19.19 seconds and his own personal best time of 19.50.

But, after initial confusion, his official result read "shorter distance" and it appeared that the American had started from the wrong line. Swiss television said he had only run 185 metres.

The race was won by Frenchman Christophe Lemaitre, running in Zurich, in 19.80 seconds, one hundredth of a second ahead of and Dutchman Churandy Martina, who was in the Netherlands.

The meeting was the Zurich Weltklasse's answer to the coronavirus which has prevented conventional events from taking place.

It prided itself on the use of high technology which allowed athletes separated by thousands of kilometres to compete against each other.

The starting guns were synchronised and the three runners in each track event shown on a split screen, although slightly different camera angles in the respective venues made it difficult to tell the leader until the finish line came into view.

The three A-League clubs stranded in coronavirus-hit Victoria have been granted government exemptions to travel to New South Wales. 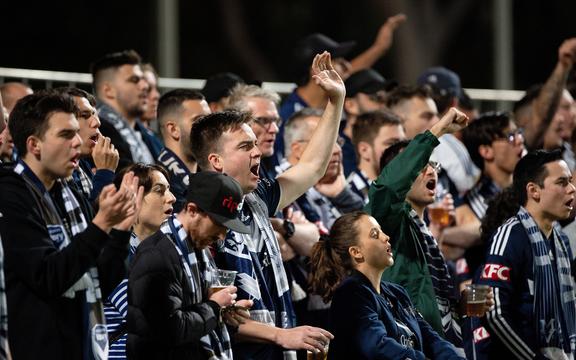 Melbourne Victory, Melbourne City and Western United are still in Melbourne after two aborted attempts to get across the border.

Last night the New South Wales Government granted exemptions to all three clubs, allowing them to travel to Sydney to complete the A-League season.

All three teams will have to undertake 14 days of quarantine at an approved facility before they are able to play their matches, meaning the proposed restart fixture between Victory and Western United on July 16 will have to be rescheduled.

The Wellington Phoenix open up against Sydney FC next Friday.

West Indies captain Jason Holder posted career-best test bowling figures with six wickets as his side dominated the second day of the first test against England in Southampton. 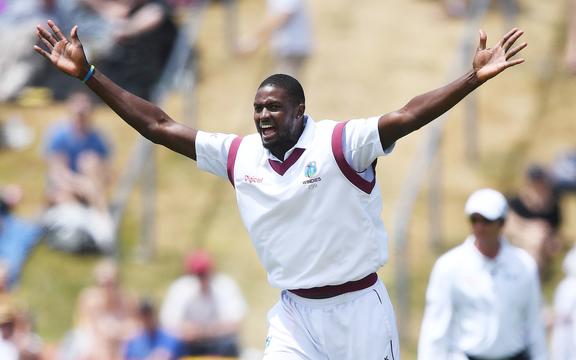 Making full use of the murky conditions, all-rounder Holder took six for 42 and paceman Shannon Gabriel claimed four wickets as England were dismissed for 204.

Ben Stokes, captaining England for the first time in the absence of Joe Root, top-scored with 43 but might be regretting his decision to bat first having won the toss.

West Indies showed great discipline and rode their luck at times in reply as they reached 57-1 to put themselves in a decent position going into the third day at the Ageas Bowl when an improving weather forecast should aid batting.

James Anderson removed opener John Campbell for 28 but Kraigg Brathwaite and Shai Hope dug in against some express pace from Mark Wood before bad light ended the day's play.

England are hosting the first international cricket-match after a 117-day absence because of the COVID-19 pandemic.

The match, the first of three, is being played without fans in a "bio-secure environment" with daily health checks for everyone in the ground, social distancing, home umpires and a ban on shining the ball with saliva.

The WTA women's tennis tour has confirmed the addition of events in Prague, Czech Republic and Lexington, United States, to its provisional calendar which now features 21 tournaments.

The WTA Tour, suspended since March due to the Covid-19 pandemic, last month announced it would resume in Palermo on Aug. 3 and the tournaments in Prague and Lexington are scheduled to begin a week later.

There will then be claycourt tournaments in Madrid and Rome before events in Europe and the Asia Pacific region, including the China Open in Beijing and the season-ending WTA Finals in Shenzhen set for Nov. 9-15.

Valtteri Bottas and Charles Leclerc defended making trips home to Monaco after Formula One's season-opening race in Austria last weekend, despite teams operating in a 'bubble' due to Covid-19.

The Mercedes and Ferrari drivers were back with their teams at the Red Bull Ring today ahead of this weekend's Styrian Grand Prix on the same track where they finished first and second respectively on Monday.

Leclerc's absence could lead to Ferrari being warned about respecting the Covid-19 protocols.

The four European Champions League round of 16 second-leg ties which were postponed because of Covid-19 in March will be played next month in the stadiums of the home teams provided travelling is possible without restrictions.

European football's governing body added that the same arrangements would apply to the outstanding second-leg matches in the Europa League round of 16 ties.

The Champions League ties still to be completed are Manchester City v Real Madrid, Bayern Munich v Chelsea, Juventus v Olympique Lyonnais and Barcelona v Napoli. They are due to be played on Aug 7-8.

The final stages of the Champions League, from the quarter-finals onwards, will be played as a mini-tournament in Portugal and the Europa League in Germany. All those matches will be over one leg.

Matt Ikuvalu became the first Roosters player to score five tries in a match since 1955 after receiving a late call-up to replace Brett Morris in their 42-16 win over the Cowboys.

Morris hurt his groin in the warm-up and Ikuvalu made the most of his first game since round two to equal Brian Allsop's haul against Parramatta at Sydney Sports Ground 65 years ago.

South Sydney flyer Alex Johnston had been most recent NRL player to bag a quintet with his 2017 effort. Coming into the clash on Thursday, Ikuvalu had scored four tries in 15 NRL appearances.

You couldn't tell from the final scoreline but the Cowboys had the upper hand early as the Roosters completed just 64 per cent of their sets in the opening stanza at Queensland Country Bank Stadium.

But they exploded with five tries in 20 minutes after the break to cruise to victory, the right edge attack giving their opponents nightmares.

The Roosters are third on the table and the Cowlbys 11th. 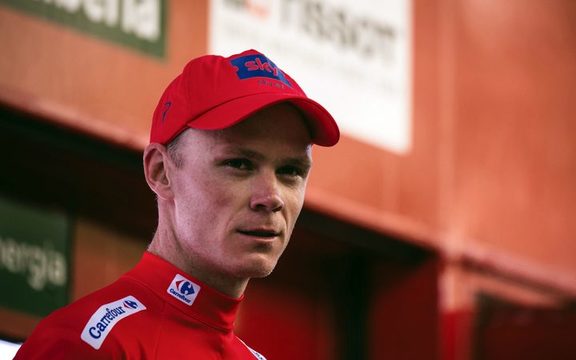 Froome, who won the Tour in 2013, 2015, 2016 and 2017 is one win away from matching the record of five victories held jointly by Jacques Anquetil, Eddy Merckx, Bernard Hinault and Miguel Indurain.

"Chris's current contract comes to an end in December and we have taken the decision now not to renew it. We are making this announcement earlier than would usually be the case to put an end to recent speculation and allow the Team to focus on the season ahead," general manager Dave Brailsford said.

Froome, who suffered a horrible accident last year and returned to racing in February, said he was focused on winning his fifth Tour title with the team.

Taranaki have gone top of the National Basketball League after beating Nelson 95-88 in overtime.

Nelson came back from 25 points down to force the game into overtime but the Mountainairs took control in the additional period to take the win.

Meanwhile the Auckland Huskies have moved off the bottom of the table after beating Canterbury 88-81.

Canterbury are now at the foot of the table. 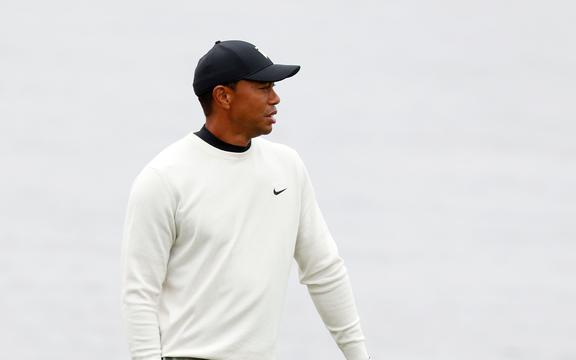 "I'm looking forward to playing in the @MemorialGolf next week," Woods said on his Twitter account. "I've missed going out and competing with the guys and can't wait to get back out there."

Woods last competed on the PGA Tour in mid-February when he laboured through a final-round 77 at the Genesis Invitational where he finished last among players who made the cut.

The 44-year-old reigning Masters champion then skipped a number of events with back issues prior to the PGA Tour's three-month COVID-19 hiatus that began in mid-March and opted to sit out the circuit's first five events since the break.

Woods, who is one win shy of a record-breaking 83 PGA Tour victories, did play a May 24 charity match with Phil Mickelson and Super Bowl-winning quarterbacks Tom Brady and Peyton Manning.

The Memorial Tournament at Muirfield Village is one of the most high-profile, non-major events on the PGA Tour and Woods has triumphed there a record five times, most recently in 2012.

All venues good for Olympics

Tokyo Olympics organisers expect to be able to use all the venues as originally planned at next year's rearranged Games.

Securing venues was a top priority for organisers after the Games were pushed back to 2021 due to the COVID-19 pandemic, and local media Kyodo and NHK, citing unnamed sources, said they were now confident they would be tied down for Olympics use again.

However, at his regular weekly news conference, Tokyo 2020 spokesman Masa Takaya said the reports were "optimistic" and that nothing had been announced.

Last month, Tokyo 2020 CEO Toshiro Muto said 80% of all venues needed had been secured, with the Athlete's Village and Tokyo Big Sight, the planned media centre, among those yet to be fully secured.

Thursday's reports also said the competition schedule would remain largely unchanged and that all tickets holders would be eligible for refunds, and that organisers would seek approval of these decisions from the IOCG's General Assembly on July 17.