Opinion - If the rugby revolution ever comes, it increasingly appears as if it will be player led. 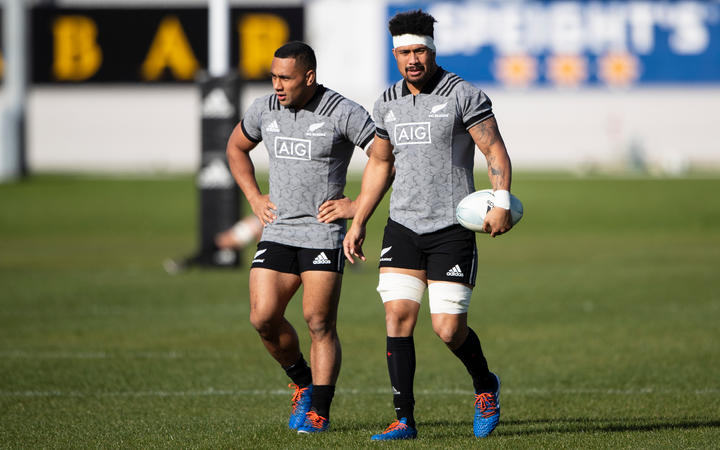 The admirable Daniel Leo is off to a good start, but there's only so many fires one man can put out.

Founder and chief executive of Pacific Rugby Players Welfare Leo, a former Manu Samoa representative, has attracted Ardie Savea, Jerome Kaino and Ngani Laumape - among others - to the organisation's board in recent days.

Put simply, World Rugby's attempts to help nations such as Samoa, Tonga and Fiji become - or return to being - competitive on the international stage have failed.

World Rugby's eligibility laws haven't helped, nor the cherry-picking of talent by nations such as New Zealand. But, as Leo pointed out this week, the nations themselves are also culpable.

World Rugby have funded the governing bodies of these Pacific nations to the tune of tens of millions of dollars in the last few years.

The addition of a player such as Savea is critical to the rejuvenation of Samoa, for instance. Few players possess the following, or social conscience, that Savea has and while he might represent New Zealand as a player, his heart is very much with the nation of his parent's birth.

The more men of his standing who use that platform to put pressure on administrators and governments to do better and to be transparent, the greater the likelihood that things might change.

Rugby's problems are far broader than that, though, and the players have a role there too.

Hopes of creating a global season have again floundered, thanks to those in Europe. Historically it was the Six Nations teams: England, Ireland, Scotland, Wales, France and Italy, who were reluctant to play ball.

Where there is a problem is when those wages start to bankrupt unions and clubs or lead to flagrant cheating.

Now it's clubs, specifically in France and England, who don't want to compromise. And fair enough too.

These are privately-owned enterprises who pay players a pretty penny. It's not in their interest to create pathways for those players to go off and play international rugby instead.

That's a blow for an organisation such as New Zealand Rugby (NZR). They've set their stall on a global season and the riches that regular international and club football between northern and southern hemisphere sides is likely to bring.

Why? Well we all know why.

To pay their players enough money that they won't fall into the clutches of those dastardly club owners over in Europe.

People often say that you can't blame a player for simply being paid what he's worth. If a club or governing body want to pay him absurd amounts of money, then that's not the player's fault.

And that's true. At least to a point. Where there is a problem is when those wages start to bankrupt unions and clubs or lead to flagrant cheating.

Clubs in England, for example, are going broke. The Leicester Tigers are reported to be facing financial losses of $NZ9.9 million this year.

Agreement has been reached to reduce next season's salary cap by $NZ3.8 million, in an effort to stem the tide.

And then there's Saracens, who have been the dominant club of recent years. Their rort of the existing salary cap was so extensive that they've been fined $NZ10.5 million and relegated to the second-tier competition.

Change clearly needs to come to English rugby, but there's not a lot of evidence that the clubs, or those running the competition, are equipped to make it.

At least not while the players continue to demand the kind of money they're on.

In the same way that you feel it's only players who can lead systemic change in Pacific Islands rugby, so it is that players need to help make the game more sustainable globally.

It's all very well to display a social conscience when it comes to race or sexuality or violence towards women, but you don't see any All Blacks offering to take pay cuts so NZR staff can retain their jobs or lamenting the financial losses suffered by club owners.

The time has come for rugby's big earners to put their money where their mouth is.