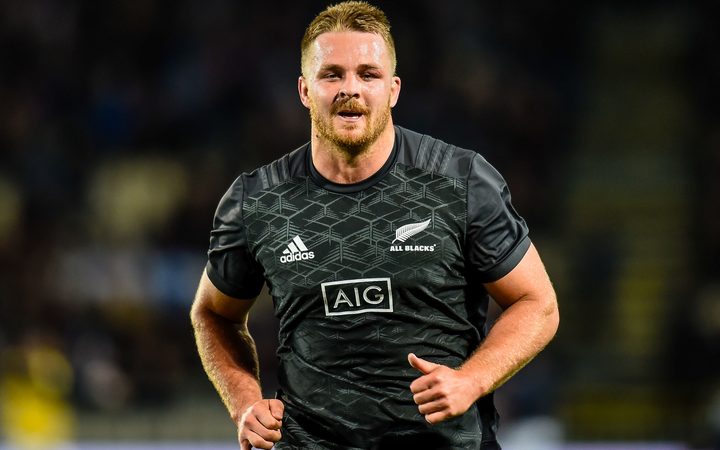 They all captained the All Blacks during Graham Henry's tenure as head coach.

Richie McCaw succeeded Umaga as the fulltime skipper, but Henry still gave the ultimate individual honour to these proud Samoan New Zealanders, reflecting the diverse make-up of our country and the team.

Coincidence or not, every other captain since has been of New Zealand European descent.

Under coach Steve Hansen it's been McCaw and then Kieran Read, with Sam Cane, Ben Smith, Sam Whitelock and Luke Whitelock filling in when required.

Ian Foster hasn't had a lot to do since ascending from assistant to head coach, with the naming of Cane as Read's permanent successor about the only meaningful bit of business.

Cane is a leader. Personable, hardworking and humble. A man who brings to mind captains of yesteryear, such as Wilson Whineray and Brian Lochore, who went on to contribute to New Zealand society long after their playing days.

There's no knock on Cane as a man. He's hugely impressive and will do a fine job as skipper.

At least when he's able.

Beyond the broken neck Cane's suffered on All Blacks duty, remains the unfortunate issue of head knocks. He's suffered a few and, by dint of playing at openside flanker, is arguably in greater harm's way than anyone else on the paddock.

McCaw proved remarkably durable in that position over his career, but he's something of an exception.

Is Cane even the best openside flanker in the country? Some would throw Ardie Savea's name in as a better option, although he's just as good at No.8 and was the All Blacks' player of 2019 from the blindside position.

Such is Savea's talent and standing, in fact, that you might argue he should have been named captain in Cane's place.

I've banged on about this a bit, but Sonny Bill Williams was right last year when he said the All Blacks coaching staff ought to reflect the ethnicity of the playing group.

I mean, how long can old white men relate to and make decisions on behalf of a team that's increasingly Pasifika?

It's hard not to be disillusioned with rugby right now.

At every turn, whether we be talking about New Zealand Rugby, Rugby Australia or World Rugby, the answer to every problem seems to be more white blokes and ever-more conservatism.

Rugby Australia has a problem? Well, it's got to be the Kiwi sheila's fault, so out goes Raelene Castle as chief executive.

World Rugby has a choice between a young idealist from a non-traditional rugby nation and a stuffy old blowhard and what do you get? That's right, four more years as chairman for 68-year-old establishment figure Bill Beaumont.

The All Blacks get shown up by Ireland and England and the British & Irish Lions in recent years and what do they do? Reward incumbent coaches Foster and McLeod with retention.

Rugby was struggling around the world long before the Covid-19 crisis, but instead of ideas and innovation we just get the same old stuff.

We have SANZAAR chief executive Andy Marinos insisting Super Rugby can carry on just fine and Beaumont suggesting the game's ills can be cured by a Nations Cup, in which the Northern and Southern Hemispheres collide for two months of the year.

On what planet are global competitions the remedy for a pandemic? Planet rugby, of course.

Sam Cane is a nice bloke who will do a fine job. But his appointment as All Blacks captain is also symptomatic of a sport incapable of change.