Opinion: Sonny Bill Williams is right. We're overdue for a Pacific Island or Māori coach of the All Blacks and not just in an assistant's or advisory role either. 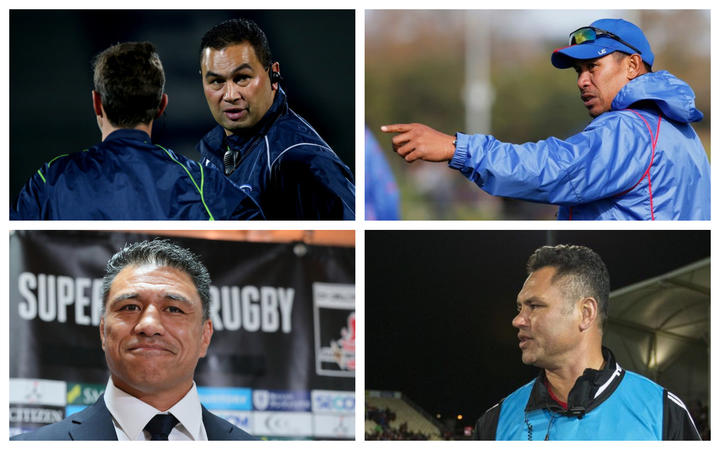 Coaches who could be considered for the All Blacks include clockwise from top: Pat Lam, Alama Ieremia, Tabai Matson and Filo Tiatia, writes Hamish Bidwell. Photo: PHOTOSPORT

In the same way New Zealand Rugby might benefit from a female chief executive, so the All Blacks could do with a Pasifika head coach.

But who? Pat Lam was virtually run out of the Blues - and out of the country - and now coaches ex-All Blacks such as Charles Piutau, Steven Luatua and John Afoa at Bristol.

The star of Blues assistant Tana Umaga appears to have waned, while Tabai Matson has been retained on the staff of incoming Chiefs head coach Warren Gatland.

Wherever you look, the plentiful supply of Pasifika players at all levels of our game simply isn't replicated in the coaching ranks and that's a problem.

Rugby's traditionally been a mono-culture. We work hard, we play hard and everyone's equal. Or at least equal in the sense that anyone who's different is made to conform to the prevailing view.

Australia's Israel Folau couldn't do that and look where it got him. More importantly, look at the team-mates who endorsed his infamous Instagram post.

Even players in other teams, such as England No 8 Billy Vunipola, came out in support of Folau and his religious beliefs.

The rest of us condemned Folau and rightly so. Or at least that's what we told ourselves. After all, we're right and he was patently wrong.

I'm not here to support Folau, but his employment issue with Rugby Australia provides an interesting illustration of how badly things can go wrong when management of one colour tell staff of another what they can and can't do or say or think.

Let's go back to Williams who, when asked to endorse Ian Foster's candidacy as the next All Blacks head coach, instead said it would be nice to see Pacific Island or Māori coaches in the mix. After all, as Williams said, "there are a lot of island boys, a lot of Māori boys who play for the All Blacks.''

How much better might those guys play if they felt truly valued or included in team culture? No-one's saying they're excluded, but the hierarchy of that side is pretty Anglo-Saxon and almost always has been.

That's fine if that's the prevailing background of your players, but the issue now for rugby is it's not.

Take a look at Tiatia, who's assistant coach of Auckland and, by the looks, a million miles away from an All Blacks post.

He's been a head coach of Ospreys in Wales, then Toyota Verblitz in Japan. From there he was assistant coach to Eddie Jones with Japan, before assistant and head coach roles with Super Rugby's Sunwolves.

They're pretty fair achievements and, if nothing else, suggest Tiatia's held in high esteem overseas.

Here in New Zealand, though, he had schools, Development XV and B jobs before taking on the Auckland role with Ieremia.

Here's a born-and-bred New Zealander, who went to traditional boys' school Wellington College and became a Hurricane and All Black, has his own appreciation society in Wales, but can hardly get a coaching gig in his own country.

Something's not quite right about that.

Maybe Tiatia's a great coach, maybe he's not. The problem is that we might never actually find out while he, and others with his background, are denied a meaningful opportunity. 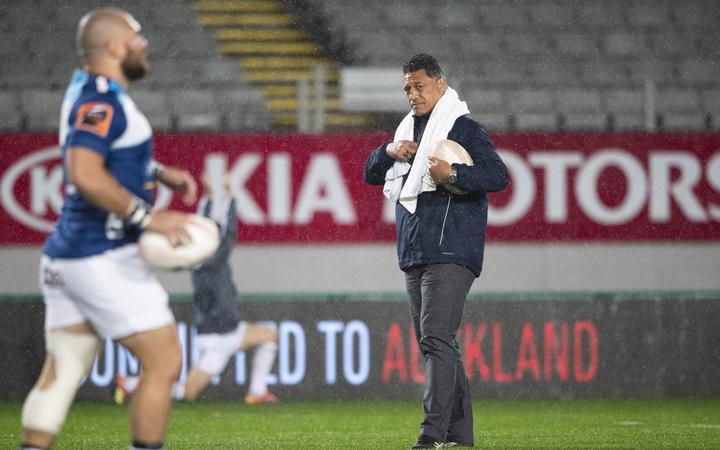 Auckland assistant coach Filo Tiatia could be an option among the All Blacks fold, according to Hamish Bidwell. Photo: Photosport

People and their attitudes can change. Not so long ago the idea that a woman would be named New Zealand Rugby player of the year was laughable.

But last December Kendra Cocksedge became that woman and no-one regarded it as a joke. Instead it was fair recognition for a truly outstanding and dedicated player.

We once looked upon Umaga's ascension to the All Blacks' captaincy as a watershed, but 14 years on from his retirement not a lot's changed. The players at most levels of the game are still brown and the authority figures are still white.

But at least Williams has helped get a conversation started, as only he can. His play, and status within the All Blacks, might attract criticism but Williams is a pretty good citizen.

Not too many people think of those less fortunate than themselves and speak up for the underdog, but he does.

No, not every deed in Williams' long career has been entirely honourable, but he's matured into a real leader whose words have cut-through and weight.

Of course we should have Māori and Pacific Island coaches on the All Blacks' staff, but unfortunately it's going to take more than Sonny Bill Williams' best wishes to make that happen.