Saracens have apologised for the "mistakes" made in relation to the salary cap regulations and accepted their imposed relegation from the English Premiership at the end of the season. 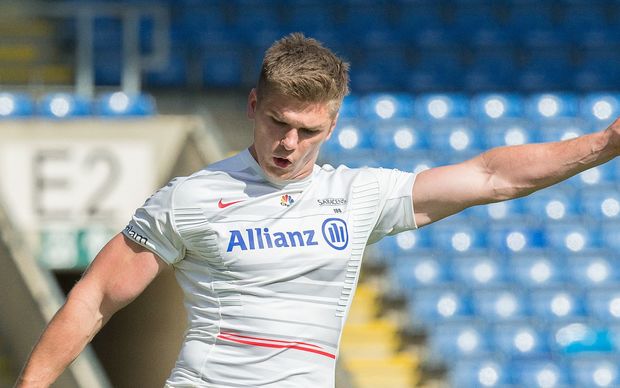 English and European champions Saracens, who had already accepted an initial 35-point deduction, were demoted from the top flight by Premiership Rugby on Saturday for persistent salary cap breaches.

Saracens said they will look to rebuild trust and ensure the club's focus is back on delivering success on the pitch.

"The board of Saracens wishes to unreservedly apologise for the mistakes made in relation to the salary cap regulations," the club said in a statement on Sunday.

"Our goal is to rebuild confidence and trust. The first step was to appoint a new independent chairman to lead on governance reform, ensuring errors of the past are not replicated in the future."

Saracens were initially punished in November for breaking the 7 million pound salary cap for three consecutive seasons, during which they won the title twice.

British media reported on Friday that Saracens were to receive another 35-point deduction. However, the club have now accepted the decision to play in the Championship next season.

"We understand this decision will be difficult for the Saracens family to accept," the club added.

"It is in the wider interests of the Premiership and English rugby to take this decisive step, to ensure everybody is able once again to focus on the game of rugby, which we all love."

The players would still be available for national duty if they are playing in the Championship but it would be a far from ideal situation for Jones, who is due to announce his Six Nations squad on Monday.

The Times reported Saracens will hold talks with Jones and Warren Gatland, who will be taking the British and Irish Lions to South Africa in 2021, to help minimise any potential impact of relegation on their international contingent.