Combining fitness with elements of gaming isn't in itself an entirely new concept, but one virtual platform is attracting the real-world pros in a much more traditional sense. 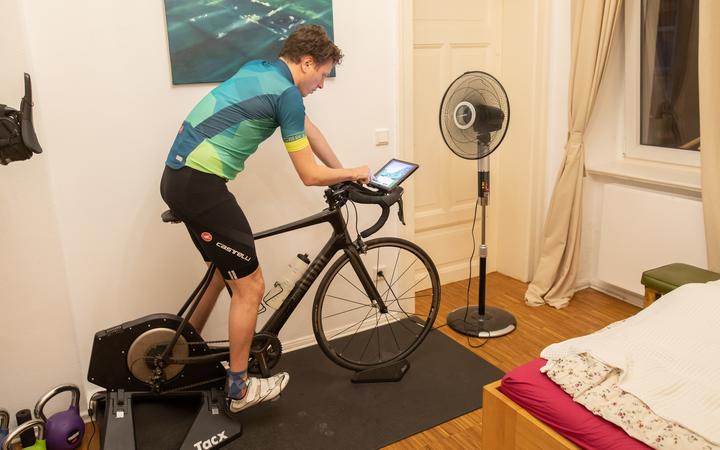 While All Blacks halfback Aaron Smith and other rugby stars take each other on via popular online football games like FIFA, established cyclists are using their lockdown time to stay fit and even continue to compete in their chosen sport.

Zwift, a digital virtual cycling and running platform, has quickly become one of the leading examples of two popular activities merging together, those activities being gaming and fitness.

A popular platform for recreational and professional cyclists alike, Zwift is being utilized by kiwi cyclists such as Ella Harris and Greg Henderson much more than usual during lockdown, and starting this week, a high-stakes pro tour called the 'Tour for All' is being held using the Zwift platform.

Featuring teams of both men's and women's professional World Tour cyclists, the tour will be broadcast on Eurosport and across the Global Cycling Network with stages running between 45km and 75km with expected elevation changes ranging between 400m and 1700m.

The same physical exertion is required as Zwift uses a device called the Turbo Trainer which features a direct drive design that is built to mirror real world conditions such as wind resistance when going up and down hills.

'Tour for All' sees pro cycling join other major sports in turning to the virtual world using modern digital technology, alongside the likes of Formula 1, Supercars, FIFA and the NBA who continue to grow their respective esports programs.

As a platform, Zwift has seen consistent growth in New Zealand since it first hit the market in 2015 and now has over 17,000 active users.

However, for the average everyday cyclist, taking advantage of Zwift won't come cheap.

To purchase all the right equipment to use Zwift, the total cost enters the several thousand, depending on the preference of the buyer.

By the numbers, Zwift has a reasonably small market share in comparison to New Zealand's booming esports industry, with an estimated one million players across console, mobile and PC technology.

But Zwift's big distinction is how the service hasn't attracted your typical run of the mill gamer hoping to turn their hobby into a profession. Unlike traditional esports, platforms like Zwift have a truly high-level fitness element to them and build upon earlier concepts of gamifying different forms of physical exercise and well-being.

Pokémon Go is perhaps one of the bigger examples of taking advantage of digital technology in a unique way aimed at getting people outdoors.

Once one of the most popular mobile games, Pokémon Go encouraged users to exercise by taking walks in the real world while virtually 'capturing' their favourite Pokémon's at various landmarks and public spaces. A major hit at its peak, several Pokémon Go users aged in their early 20's talked of the benefits they noticed in terms of exercise and social well-being in a report published by the American Psychiatric Association in 2018.

Many of the most popular weight loss and exercise apps all use gamification techniques such as the ability to share stats, point to point systems, and the ability to set certain goals to track toward.

The cyclists' virtual platform of choice builds upon those same foundations and has experienced an upsurge in growth as a usually outdoor sport like road cycling has had to be put on hold in the wake of Covid-19.

More software designers and digital tech developers must surely be looking at the growth of Zwift and licking their lips. Gaming and fitness can indeed co-exist together.