Opinion - Covid-19 has certainly helped New Zealand's esports industry launch itself further into the mainstream psyche, but the challenge moving forward will be how to take advantage of the spike in momentum. 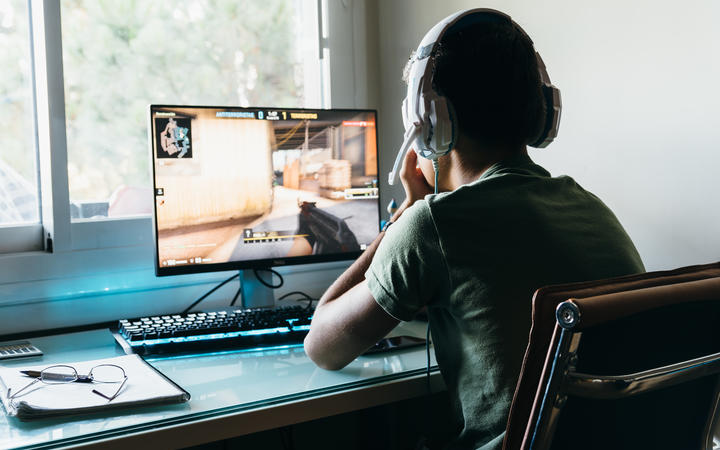 With no traditional sport on televisions for a sporting mad nation to sink its teeth into, New Zealand's motorsport icons have recently been competing in the Supercars Eseries - the virtual version of Australasia's top touring car racing comp.

Following the lead of other motorsports such as Nascar and Indycar, the likes of Scott McLaughlin and Shane Van Gisbergen are leading the way in terms of New Zealand's sports stars getting their feet wet in esports during the pandemic.

The payoff has been clear, there is now a genuine sense of excitement about esports in New Zealand that is stretching beyond just the competitive gaming community, and it's crucial that other sporting bodies get their respective big names to show some enthusiasm toward esports as being a worthy alternative.

The F1 Virtual Grand Prix drew in an audience of over 70,000 live viewers last weekend, showing that it can serve up just as much entertainment and intrigue as its traditional real-world counterparts, especially when the big stars from that particular sport get involved and join up with other celebrities, pro gamers and social media influencers.

The esports market also offers a little bit of everything, ranging from FIFA and iRacing, battle royales such as Fortnite and PUBG, all the way to tactical games with massive followings like League of Legends and DOTA.

But is the current upward trend anything more than an anomaly because sports fans young and old have had nothing else?

Local esports freelance journalist Oskar Howell believes that Covid-19 has provided a great measuring stick for the industry in the wake of all traditional sport being cancelled for the foreseeable future.

However, he says a challenge will be how the industry can use the momentum for growth.

"Covid-19 has been something of a catalyst to see whether esports is viable as both a career and an industry, people have had the opportunity to really discover it and now it's about how to make the most of it", Howell said.

TV broadcasters such as FOX already have weekly esports programming in their lineup, calling the likes of iRacing "the closest thing to real racing we can deliver to our fans during this challenging time".

Whilst esports is still young in terms of time, there is room for growth in the area of how it can act as a perfect supplement when traditional sports do resume.

For example, as a buildup to NBA games, each franchise could have its respective esports side going head to head somewhere in the arena where the match would be broadcast live (both on TV and on the big screen at the arena) as a curtain raiser to the real-life match.

The NBA is capable of pulling something like that off, as could football competitions like the Premier League.

This also gives the current F1 Virtual Grand Prix and Supercars Eseries room to continue moving out of Covid-19, and in terms of New Zealand, the opportunities to build on the momentum that was seen prior to, and during, Covid-19 are high.

All this helps to push esports into the mainstream attention that has already showed it can benefit by working with sports stars and social media influencers, plus it's the greatest tool for a greater education about gaming.

It's in the education sector that Howell believes the challenge is attempting to change the mindset of the public, particularly those who see gaming as a niche entertainment avenue with little else to offer.

"The biggest hurdle esports has to overcome is changing the mindset about what it is and what it has to offer.

"It's not just some silly videogame, these players are highly competitive and are very high functioning, there is a strict training regime that goes into all this and it's important that people don't just pigeonhole this as nothing more than casual gaming".

It's the education sectro which presents the most important challenges currently facing esports, but as this industry has shown time and time again, by working alongside traditional sports then the barriers of perception can be broken quickly.