Opinion - Rugby coverage could benefit a great deal in this country if regular portions of it were delivered online and free to the customer, writes Michael Pulman. 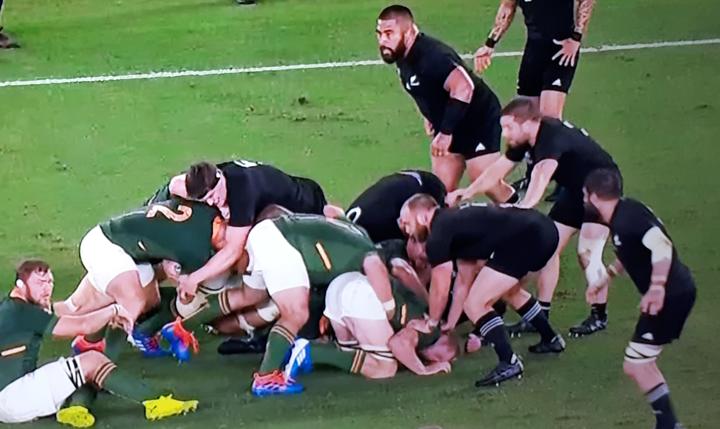 A shrinking number of viewers will tune into the All Blacks and Super Rugby over the next five years, but perhaps the most logical long-term strategy has been overlooked.

In October, Sky revealed that it had snagged the rights for All Blacks matches, The Rugby Championship, Super Rugby and the Mitre 10 Cup.

In one move, television coverage of the national sport was kept behind a paywall for the next five years.

That was after $400m had reportedly been paid by Sky. The signature was also made on terms that heavily suited New Zealand Rugby.

At best, Sky retains the status quo from here on out, at worst it starts to lose its base of hardcore rugby fans who say enough to paying anywhere between $40 - $100 per month.

Imagine if one or two Super Rugby games also aired on popular streaming platforms like Twitch or YouTube, suddenly the equation becomes slightly different, and it can only be a positive.

Spark's RWC 2019 wobbles were well documented, but streaming platforms like Twitch and YouTube have significantly more infrastructure and tested success than what Spark ever did. Comparisons simply don't fit here.

Sports enjoying rising popularity, such as football, basketball and baseball, will also face a similar problem that rugby is facing in this market sooner or later.

By requiring TV viewers to pay anywhere between $40 - $100 per month to watch, the chances of not only sustaining but building audiences on a significant scale remain low.

In America - the NFL and NBA's development leagues are already beginning to migrate increasing segments of their programming into streaming sites like Twitch and YouTube. Those sport bodies are also in bed with various pay TV companies, not too dissimilar to Sky and New Zealand Rugby on these shores.

Last year viewership increased by 45 percent in 2019 over the year prior and in one game alone, 1.2m people tuned in.

In the case of NFL's deal with Twitch, Amazon struck a deal with Fox to ensure they didn't lose money, resulting in the pay TV provider delivering a weekly portion of their football content for free and despite having an existing partnership with the NFL's network.

Viewer interactivity also differentiates Twitch's platform from traditional broadcasts, letting fans react in live chat and co-stream to their own audiences. Such interactivity can surely only be positive and could give a fresh boost that rugby coverage so desperately needs.

Unfortunately, all this sounds great on paper but it simply doesn't work from the commercial perspective that Sky and New Zealand Rugby seek.

You'd have to just about throw out the entire formula and start again to make it work. That opportunity may have to wait another five years.