After criticising their decision to keep their name in the wake of the Christchurch terror attacks, Jamie Wall travels to Crusaders country and looks for the truth behind all the trophies. 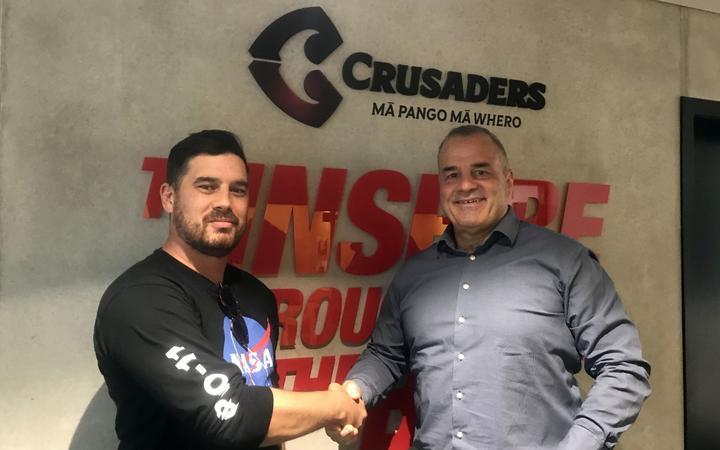 I wasn't sure whether he knew I was from Wellington, where the Hurricanes' equivalent display is one solitary trophy in 25 years of trying, but it didn't make it any less galling to see a large framed photo of the infamous 2006 'Fog Final' on the wall of the boardroom.

Mansbridge had reached out in the wake of the team's decision to keep their name late last year, which generated a serious debate in the wake of last year's terrorist attacks against two mosques in Christchurch. In particular, I weighed in with a series of pieces calling for the team to ditch any connection with themselves and the motivations of an alleged mass murderer.

I'm not Muslim, I've always thought the Crusaders name was a little bit archaic but have never been offended enough to care more than I did about watching them. My own motivation was that it was making the sport of rugby look bad, and that something decisive like this would be a brave statement for what is now a sport struggling for engagement with potential new fans.

We'd gone on a tour of the Crusaders' facility in the hot Canterbury sun. The team was being marshalled out on the training field by a singlet-wearing Scott Robertson, fresh off his All Black head coaching interview. On the team's apparel, there was a notable absence of the sword-wielding medieval soldier that had been synonymous with the team's long and successful history. It's been replaced by a stylised 'C' in a Māori design, a tohu (emblem or mark).

That's what I was there to talk about, as we completed our walk around the grounds and sat down in the boardroom with some of the other Crusaders staff. Just to rub it in a bit further, Mansbridge's PA lugged in their latest Super Rugby trophy and asked if I wanted a photo with it. It struck me as absurd that I'd come all this way to talk about a logo and name, until all of us briefly swapped stories about the death threats we'd all received in the wake of the debate.

This was a big deal for a lot of people, both for and against. A few of the former had been scattered around the training field, warmly greeting the Kaikōura-born former BNZ head of agribusiness Mansbridge and congratulating him on making 'the right decision' about the name. Whether they liked the new logo, though - well, time would probably tell.

"We ended up doing a comprehensive look at the brand and identity before we even got to considering options for logo or name. Who we are, how we've operated and how we connect with the community," Mansbridge told me after a slick presentation about the tohu and what it meant.

There was a lot of design and marketing speak I was familiar with after spending a few years working in advertising: brand story, connection, speaking to etc., but in all it was a pretty convincing way of getting it across. Especially considering they'd shown me evidence that it was going to happen regardless of 15 March.

There was one sticking point with the logo, though. While the Crusaders consulted of a number of Māori individuals and groups, local iwi Ngāi Tahu wasn't one that was forthcoming with an endorsement.

"Ngāi Tahu were not supportive or negative, they just let us make our own decisions," said Mansbridge. I pried further, surely getting the blessing of the largest iwi in the area would have been page one stuff when using Māori iconography?

"Relationships with mana whenua across the country could be better across the board. Sometimes when you connect with certain parts of your community you can be a bit clumsy. You don't know whether you're going to offend." 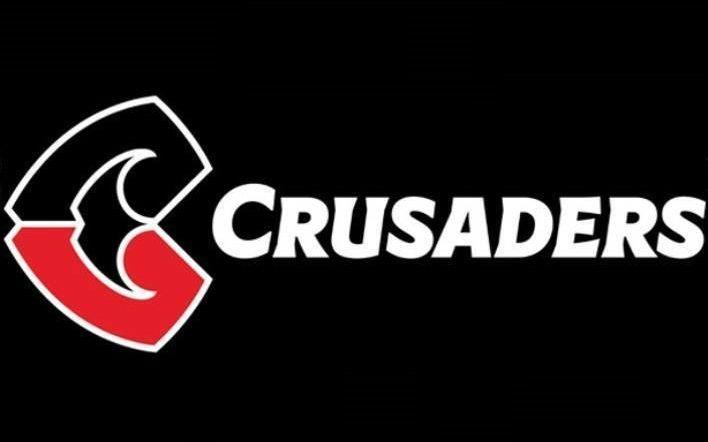 It was unfortunately sounding like it played straight into the main critique of the whole name change debate: that the Crusaders had an idea of what they wanted (whether that be keeping the name or making a new logo) and to hell with anyone that disagreed with them.

Mansbridge did cut a visible personification of an increasingly familiar character in modern Aotearoa during this, though: the middle aged Pākehā whose main contact with te reo and tikanga has only come recently, but is trying his best to understand and engage while knowing full well he's going to make mistakes along the way. He admitted that they are working towards a better relationship with Ngāi Tahu going forward.

"We agreed that we needed to work together and understand more, it's getting better - I'm not going to be able to say we're in some sort of wonderful partnership for a few years I think, because we're going to have to earn the right."

Ngāi Tahu declined to comment on the matter when I contacted them.

While the logo is one thing, the name is another. The presentation given in the darkened boardroom frustratingly didn't give me any of the alternatives proposed, however I was told there were well over 200. Tellingly, they were filtered for offence and warlike connotations - making the decision to keep the original all that more confusing, especially when Mansbridge told me they "couldn't find a name that is better than the one we've currently got".

There was plenty of talk during the presentation about the 'Crusader' name meaning something more positive, but Mansbridge did admit that it was always going to be the opposite for some. There was an awful lot of talk about the consultation done within the Crusaders region, which was (unsurprisingly) overwhelmingly in favour of keeping the name. Sponsors too, seemed happy with the course of action. But was consideration given to people who weren't, even non-rugby fans?

"There are always going to be places we go to where it will be problematic. There are people who are legitimately concerned. For whatever reason, people in this region have meant it to mean something differently. We've had an icon that tells one story, but the team genuinely wants to represent the region in tough times."

While I couldn't agree that simply being problematic alone was reason enough to just change it without question, I also couldn't fault Mansbridge on that last part. The Crusaders were very much a shining light in the post earthquake period for the region, coming agonisingly close to pulling off a title win in 2011 despite having to play almost all their games away (including one in London) after Lancaster Park was condemned.

We got talking about the biggest issue about the name and identity: the relationship with Christchurch and indeed New Zealand as a whole's Muslin community, which is an understandably touchy and nuanced subject. Mansbridge stood firm on the course of action taken in the immediate aftermath of 15 March and that won't be changing.

"It's come through really strongly that we were right to not have a conversation about us when they were in the midst of their grief. While the community has been grateful of the support they've received, it's carried a significant burden for them. Sometimes [in mourning] it's about others' need to show rather than the need to receive.

"I don't think we'll seek their endorsement, that's not fair on them."

There's a long pause when I ask him what they'll do if one day the Muslim community decides, through one way or another, they are against the name. 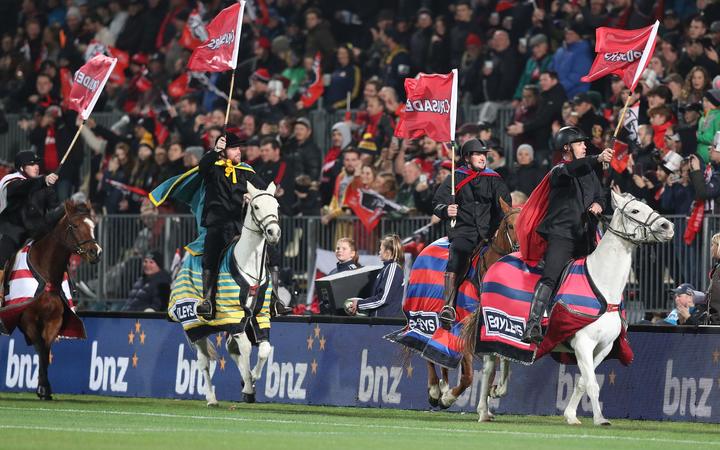 However, within that discussion lies a reasonably strong counter-argument against the name change. Whichever way opponents of the Crusaders name see things, the fact still remains that New Zealand's most high profile Muslim was not only okay with it, but played for the team with the sword-wielding logo on his chest. I asked whether Sonny Bill Williams had been approached to help bridge that gap, however again it was a conversation that Mansbridge wasn't willing to press on the former All Black and NRL star.

"I don't think it's fair to ask him the question, frankly. He was focused on supporting that community, my sense is with Sonny is that he was very helpful in terms of connection with the community and offered some support and love."

Williams' faith journey since his time with the Crusaders in 2011, however, has seen him become more outspoken on his beliefs.

"He may have an opinion. My sense is that he would see the team and its connection to the community as being about a whole lot of things that he connects with, but his opinion may well have changed. We've seen how he's reacted with a few sponsor relations (he covered up logos belonging to financial institutions on his jerseys), so it may have changed and I'd respect it. But I don't think it would alter where we are at today."

Whatever happens, it won't change one thing. While the Crusaders' new logo is being prominently displayed at their home games this season (as well as being a last minute addition to their playing jerseys), it won't stop the old one being visible. There are 24 years worth of highlights of a very successful team playing and winning with the old logo on their chest and being waved around by thousands in the stands.

For generations of fans, that is what connects them to the team, so it's likely that jerseys and flags with the sword-wielding Crusader isn't going to disappear any time soon. But Mansbridge is positive that won't be an issue.

"Obviously it's impossible to take it [the old logo] out. That old logo is when many fans first connected with the club, we can't wipe out history and our past is who we are. It's not going to prevent us from evolving."

We left the boardroom and shook hands underneath the new tohu logo out in the foyer. It'd been a pretty interesting day, I'd seen more Super Rugby trophies than I cared to remember because I knew the next time I came back there would probably be another one. The debate about the name is something Colin Mansbridge and I agreed to disagree on.

But I could concede for now at least the Crusaders were pointing in the right direction, if not taking the bold step many people wanted them to.