Crusaders fans are being introduced to their new logo, with fans getting a chance update their old jerseys instead of buying a new one. 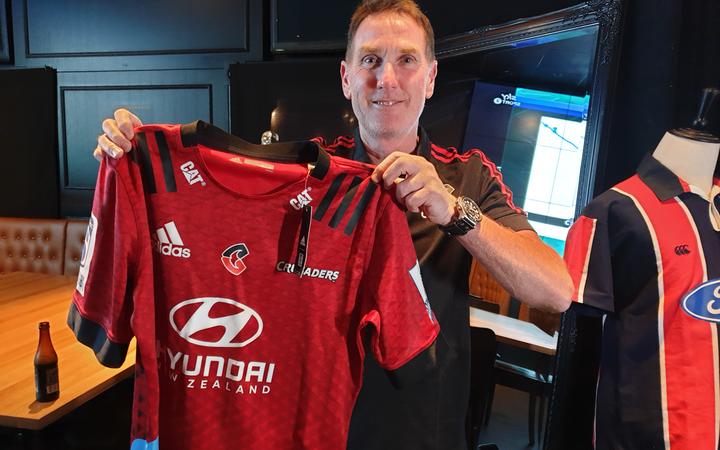 The Christchurch-based Super Rugby franchise retired its knight and sword logo in November, and added its new Tohu design, representing the landscape of the Crusaders' region.

The change came after the club reviewed its brand in the aftermath of the terror attack on Muslim worshippers in Christchurch, on 15 March last year.

Most of the fans updating their Crusaders' merchandise with the new logo liked the change.

He said it took some time to adjust to the new Tohu design, but believes it's now time to embrace it.

"At first I was not happy. I was not happy at all because we've been members since '96, but hey you go with the times. We always get the new gear every two years and it didn't have the Māori emblem on it. We got an email from Crusaders saying come down, get it done for free, so it's a no brainer," Mercer said.

The free event put up by Crusaders' sponsor Monteith's, attracted a number of fans.

Season ticket holder Graham Paterson said changing the logo was a good compromise, and is happy the Crusaders' name is being kept.

"You know, it doesn't please everyone, but some people don't actually have to make decisions and they've had to live with a lot of pressure last year. The people at the top of the Crusaders, I think they have done a good job," he said.

The Crusaders' head of marketing and communications Doug McSweeney, said the new red and black Tohu is part of the club's evolution.

"We're really proud of the club from 1996 through to this season - 25 years of Super Rugby. Brands evolve over time, and it's a really monumental season for us to to take the Tohu who and the whakataukī and our Crusaders' fans on this journey," he said.

Christchurch couple Ben and Anna Rzoska believe there's a 50:50 split in those who like the logo and those who don't.

"It's probably the 50 percent who are not, that are quite vocal saying quite a lot on social media. From people who feel a bit ripped off that the old logo was taken away but I can definitely understand the reasons behind it. I'm a big Crusaders supporter, so I just want to get behind the team and the new logo as well," Rzoska said.

"I really like it. I think it's fantastic and the meaning behind it and everything it represents as well."

For the Crusaders' supporters who want to update their merchandise, there will be another opportunity for them at tonight's southern derby against the Highlanders in Christchurch.