India have kicked off their six week long New Zealand tour with the first game in a five-match Twenty20 series in Auckland tonight. Look back at all the action here.

The five-match Twenty20 (T20) series will be the first of the three formats played between the Black Caps and India in New Zealand.

The first of the two matches will be held at Auckland's Eden Park on Friday 24 January and Sunday 26 January, both those matches start at 7.50pm.

Hamilton's Seddon Park hosts the third T20 on Wednesday 29 January, the fourth is at Wellington's Sky Stadium on Friday 31 January and the fifth is at Bay Oval in Mount Maunganui on Sunday 2 February. All those matches will start at 8pm.

RNZ will have livescoring for all five matches on our website and it will be televised live on Sky Sport channel 52 in New Zealand.

What the teams are saying

The Black Caps, coming off a 3-nil thrashing to Australia in their recent Test series across the ditch, are looking forward to the shorter format against India, according to Tim Southee.

Southee, who was dropped for the final Test against Australia in Sydney, said he was confident his side could turn their fortunes around.

"We had a big chunk of Test cricket and the guys that were in Australia are reasonably experienced guys.

"They've had tough tours before and they've bounced back and the reason why they've played for a long period of time is they've been able to get through those ups and downs."

India, meanwhile, haven't talked to media since landing in New Zealand this week.

However, the side did announce upon arrival that the injured Shikhar Dhawan would be replaced by Prithvi Shaw for the ODI series, while Sanju Samson will play in Dhawan's place in the T20s.

The visitors are coming off a 2-1 One Day series victory over Australia, played straight after the Black Caps Test series. 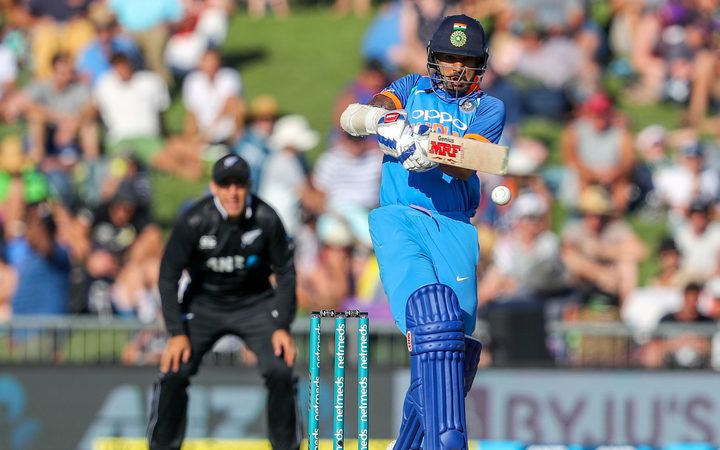 Shikhar Dhawan is set to miss the New Zealand tour due to a shoulder injury. Photo: PHOTOSPORT

Last Twenty20 series between the Black Caps and India

The Black Caps and India faced each other in a three-match T20 series in New Zealand in February 2019.

The hosts won the first match of the series by 80 runs in Wellington, bowling the visitors out for 139 while scoring 219/6 in their innings.

With the series evenly poised, the Black Caps clinched the decider at Seddon Oval, winning by four runs after setting India a total of 213 for victory.

Look back at how the series unfolded here. 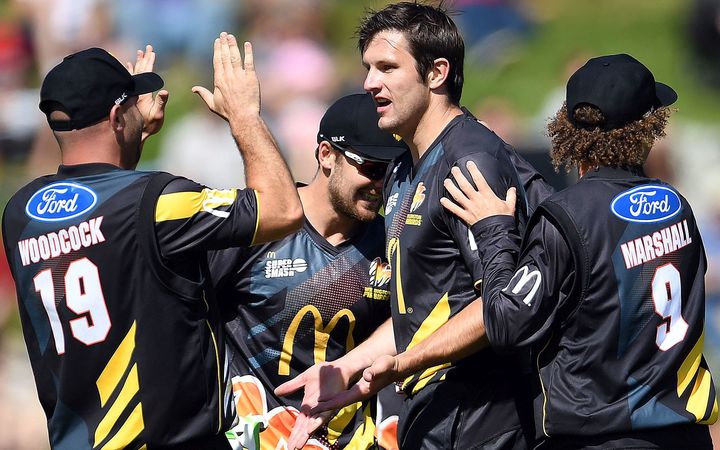 Hamish Bennett has been recalled to the Black Caps T20 squad after a stellar season with the Wellington Firebirds. Photo: Photosport