Black Caps captain Kane Williamson is happy his side was able to get the better of an in-form India to clinch the Twenty20 cricket series.

The Black Caps won the third match to take the series 2-1, bouncing back from a disappointing one-day campaign.

New Zealand beat India by four runs in the nail-biting decider in Hamilton, with the tourists restricted to 208 in pursuit of 213 for victory. 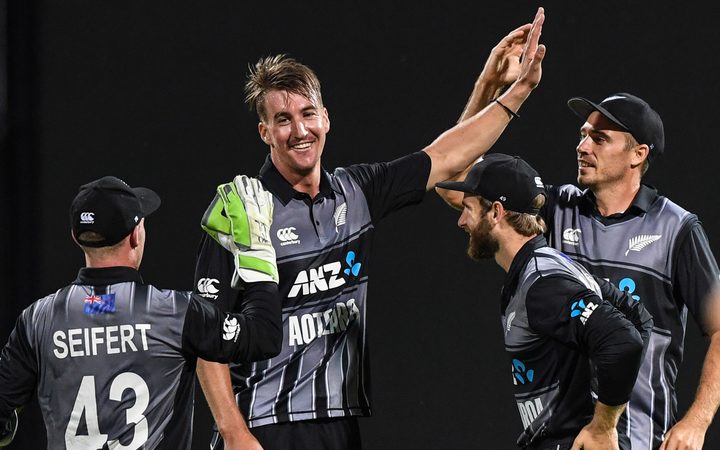 India took the match to the final over, when they needed 16 runs from Tim Southee's six deliveries, but the veteran Black Caps seamer delivered in the crunch.

Dinesh Karthik and Krunal Pandya were only able to take 11 runs off it, with Karthik's six from the final ball in vain.

Captain Kane Williamson was thrilled to get the series win over an Indian side that beat them in the ODI series.

"It was a fantastic effort and a great series where both teams were playing well so to come down to the decider and see a game like we saw tonight was brilliant and great for us as a unit to go through all those experiences and come out on top in a really tight match.

"As long as we are moving in the right direction and we did see that throughout this whole series and today both teams put out brilliant performances and came down to the last couple of balls."

Williamson was pleased with newcomer Daryl Mitchell's game after he finished with the standout figures of 2/27 from three overs.

"The overs that he bowled were really really important. We were expecting spin to play a bigger part, as such it started to skid on and they became less effective and Daryl had to come in and bowl those overs and did a fantastic job, hitting his yorker and also with the bat at the end of the innings as well so a brilliant contribution."

Debutant Blair Tickner also impressed with 1/34 from his four overs, including the key wicket of Rishabh Pant for 28 (12), when India was threatening New Zealand's 212/4.

Scott Kuggeleijn took the Black Caps' other wicket - his first of the series.

Vijay Shankar top scored for India with 43 (28), while captain Rohit Sharma struck 38 (32), but they didn't get enough support and the run-rate pressure was ultimately too much.

The Black Caps produced a powerful and polished batting performance to post 212/4, led by openers Colin Munro and Tim Seifert, who put on 80 for the first wicket inside eight overs. 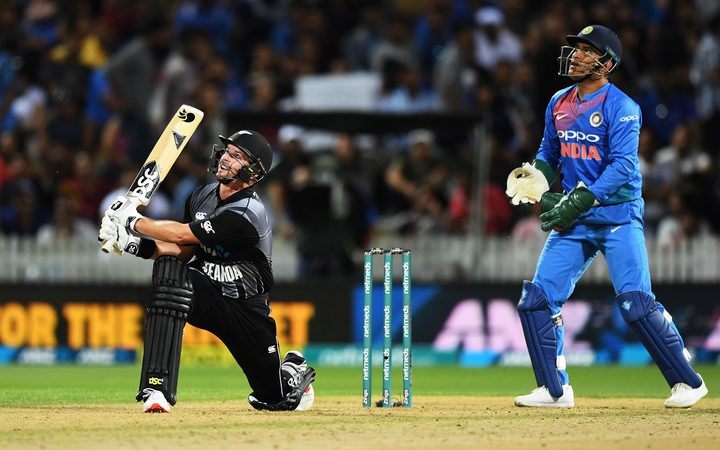 Munro smashed 72 (40), including five fours and five sixes, while Seifert hit three fours and three sixes in his 43 (25).

Williamson said Colin Munro's knock would be good for his confidence.

"Colin is one of those guys that goes out and plays with that freedom and looks to take the game away and we've seen it for a long time in the shortest format and I suppose everybody's going out trying to do their bit and play their role and I thought both our opening batsman throughout the series were outstanding."

Seifert developed across the series.

"We've always seen Tim as having a huge amount of talent and obviously we've seen it in the domestic T20 competition. To get the opportunity to come in and open the batting and go out with that free licence to try and take the game away which is when he is playing at his best and to come off with a couple of fantastic performances was great for his confidence and really good for our team collectively."

Spinner Kuldeep Yadav was the only Indian bowler to avoid punishment with his four overs only costing 26 runs.

The Black Caps will quickly now turn their attentions to the three match one-day series against Bangladesh, which starts in Napier on Wednesday.

Opening batsman Martin Guptill has been declared fit for the three ODIs, after sitting out the three T20s against India with a back injury.

Bangladesh has opened its New Zealand tour with a loss.

A New Zealand XI has beaten Bangladesh by two wickets in a one-day match at Lincoln.