Australian cricket legend Shane Warne has raised more than $1 million for bushfire relief efforts in his home country with the sale of one his most prized possessions. 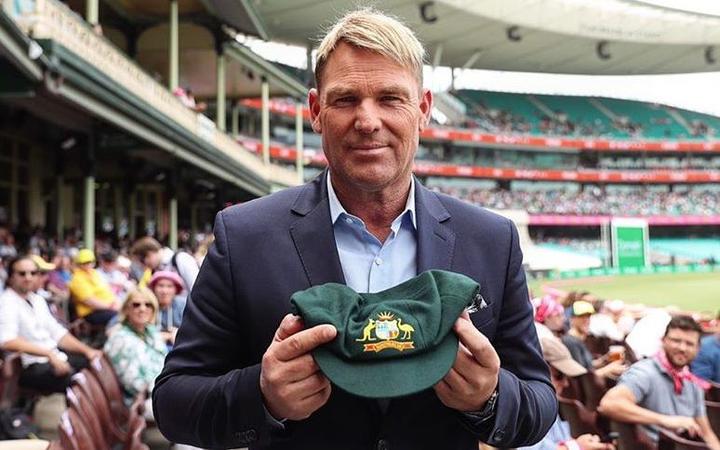 Test cricket's second-most successful bowler, the former leg-spinner has confirmed his "baggy green" cap has been sold through auction for $1,007,500.

Twenty-seven people have been killed so far and thousands made homeless as the huge fires have scorched through more than 10.3 million hectares (25.5 million acres) of land, an area the size of South Korea.

Several towns and communities in the heavily populated southeastern region of the country have been advised once again to be alert and evacuate if needed.

Warne wore the cap throughout his Test career, during which he took 708 wickets in 145 matches.

The baggy green is presented to Australian players when they make their Test debut and they receive just one for their entire career.

The price more than doubled the amount achieved when the cap of legendary batsman Don Bradman was sold in 2003.

Warne, who donated the cap to an online auction site on Monday, was stunned at how much money his gesture had raised for relief efforts across the states of Victoria and New South Wales.

"Unbelievable ... so generous from everyone. Totally blown away," he said on Twitter shortly before the auction closed today.

Thankyou so much to everyone that placed a bid & a huge Thankyou / congrats to the successful bidder - you have blown me away with your generosity and this was way beyond my expectations ! The money will go direct to the Red Cross bushfire appeal. Thankyou, Thankyou, Thankyou ❤️ pic.twitter.com/vyVcA7NfGs

The 50-year-old is one of many local and international athletes to support the fundraising for bushfire victims, with several cricketers promising to donate a sum based on the number of sixes they hit in Australia's Big Bash Twenty20 competition.

Six-times Formula One world champion Lewis Hamilton said on Thursday he was donating $500,000 towards the rescue and care of wildlife caught in the bushfires.

Local sports organisations have also organised fundraising drives at sporting events, while tennis greats Roger Federer, Rafa Nadal and Serena Williams have committed to an exhibition ahead of the Australian Open, which starts on 20 January.