Starter Kyohei Muranaka and slugger Josh Morgan starred as the Auckland Tuatara crushed the Sydney Blue Sox 7-0 in game one of their Australian Baseball League series in Sydney. 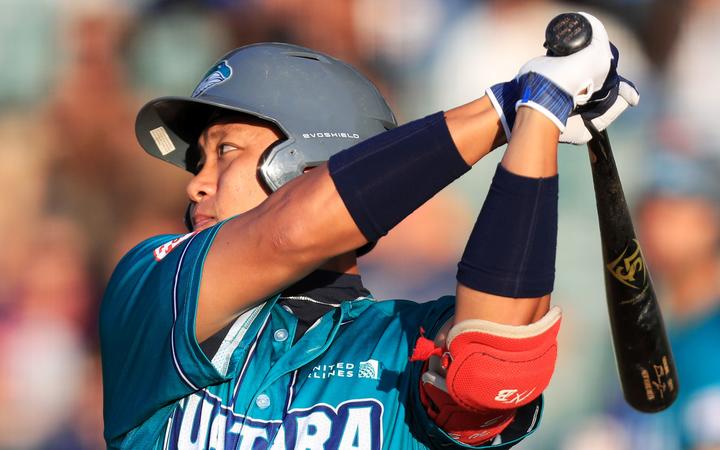 Muranaka fired 5.1 innings of two hit baseball in a superb start. The lefty struck out a couple and issued three walks to take the win.

Texas Rangers prospect Josh Morgan powered the Tuatara offence with a four-hit night, he drove in a pair of runs and scored three times.

Jared Walker (2-5) drove in a pair while left fielder Kim Won-seok had three RBIs on a two-hit night as well. Max Brown broke out of his hitting slump with a pair of hits.

The Tuatara defense was superb as they record five double plays on the evening to thwart any threats the home side could muster.

Emerson Martinez did a nice job in relief - the Venezuelan native gave up just a solitary hit and walk over 2.2 innings. Koji Takahashi got the final three outs to end the game.

"Muranaka gave us a great start by getting into the sixth inning and then we were able to finally get some runs and take a lead," manager Stephen Mintz said.

"The double plays - I think we had five of them - really helped us. When you get 8-10 outs like that it can have a massive impact on a lot of things like keeping pitch counts down.

"It was a big travel day for us and I am very happy we got the win tonight."

The win lifts the Tuatara to a 17-12 record and sees them extend their lead atop the Northeast Division to four games.

The two sides meet in three more games over the weekend.