The Australian Tennis Open will be confined to the three stadiums with retractable roofs and eight indoor courts if conditions become hazardous due to smoke. 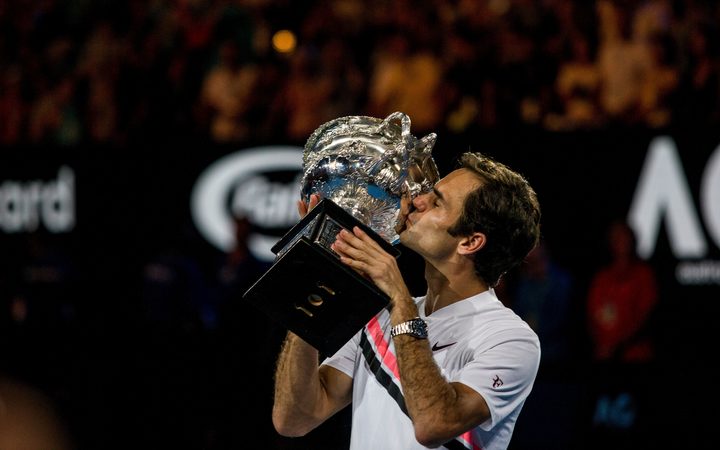 Roger Federer kisses his trophy after winning the Final in the 2018 Australian Open. Photo: PHOTOSPORT

Huge bushfires in New South Wales and Victoria have burnt through more than 25.5 million acres of land, killed 25 people and left thousands homeless.

Smoke from the fires has also resulted in hazardous conditions in Sydney, where the final rounds of the inaugural ATP Cup will take place this weekend, and Melbourne, where the Australian Open begins on Jan. 20.

Seven-times Australian Open champion and world number two Novak Djokovic, who is playing in the ATP Cup, last weekend said he hoped the crisis would "dissipate" soon but that an action plan would be needed to avoid any impact on the health of players if it did not.

"We have three roofed-stadiums and eight indoor courts at Melbourne Park," Australian Open organisers said on the tournament's official Twitter handle in response to queries on social media.

"In the unlikely case of extreme smoke conditions, the roofs will be closed on the three stadium courts and play will continue in their air-conditioned and air-filtered environment.

"If smoke infiltrates the three stadium courts, the air conditioning system will filter it out."

"The health of players, fans and staff is a priority at all times and we will continue to make these decisions with that in mind," tournament director Craig Tiley told local media on Monday.

However, it was unclear where ground pass holders are expected to take cover if matches are suddenly abandoned due to hazardous conditions.

During rain or extreme heat conditions, they can usually find shady areas within the Melbourne Park complex to sit it out - but many of these places are also outdoors.

The smoke has so far caused the most disruption to the sporting calendar in Canberra, where a Twenty20 cricket match was abandoned on Dec. 21 when conditions became too hazardous to continue.

An ATP Challenger/ITF Futures tennis tournament scheduled for this week in the capital was moved to Bendigo, while on Sunday the city's ACT Brumbies rugby team announced they would be moving their pre-season training camp to Newcastle.

There have so far been no smoke-related delays at the inaugural ATP Cup team event, which is taking place in Sydney, Brisbane and Perth.