Before the All Blacks take on Wales in the Rugby World Cup third place playoff match, RNZ has broken down some of the numbers behind the two teams. 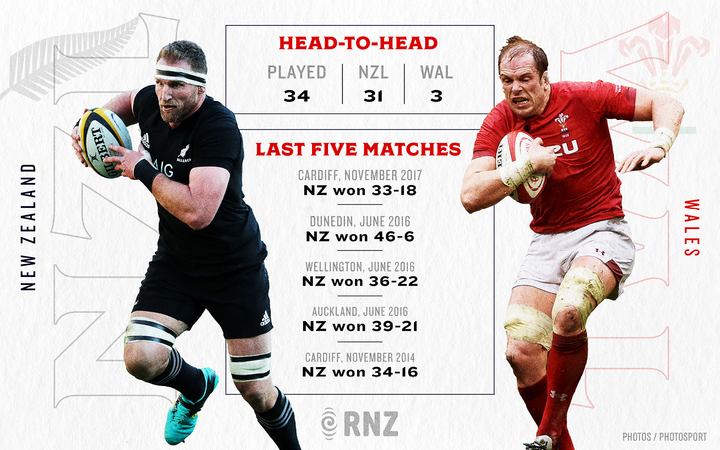 New Zealand and Wales have met on 34 occasions in each country's rugby history.

Of those, the All Blacks have won 31 encounters to Wales' three - the two sides have never drawn.

The first, at Cardiff Arms Park in 1905, was part of New Zealand's Originals tour.

Wales came away with a hard fought 3-0 victory in what was New Zealand's only loss during the tour.

The next time the two sides met was during the Invincibles tour in 1924. New Zealand, like they had for the entirety of the tour, dominated Wales in a comprehensive 19-0 win in Swansea. 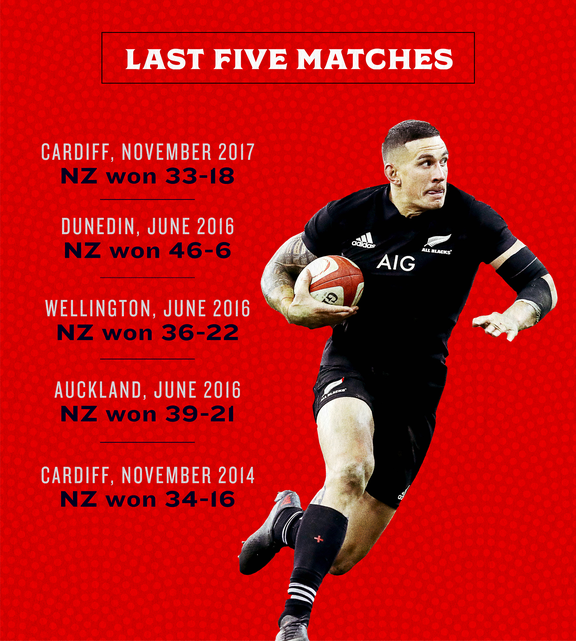 Then, 11 years later in 1935, Wales were back to their New Zealand-beating best, winning 13-12 at the site of their first victory - Cardiff Arms Park.

It took 18 years for the two sides to face each other again as the world recovered from World War II. Again, like in 1935, Wales got the better of New Zealand, beating the All Blacks 13-8 at Cardiff Arms.

A decade on, the New Zealand team travelled back to the Northern Hemisphere for its 1963/64 tour and defeated the Dragons 6-0.

Since that day, 21 December 1963, it has been one way traffic for the All Blacks.

In their 29 encounters since, the closest Wales have come to beating the All Blacks was a 13-12 loss at home in Cardiff in 1978.

The last time the two sides met was at the end of 2017 following the British and Irish Lions tour of New Zealand that famously ended in a draw. 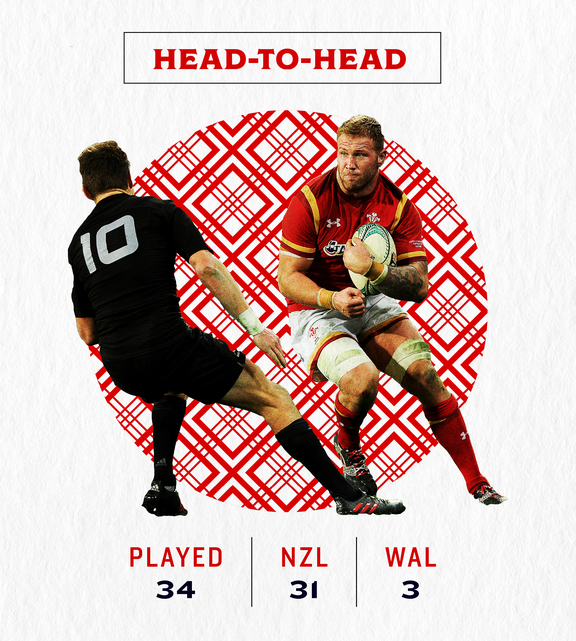 In the Wales-New Zealand encounter, coach Steve Hansen managed to get one back over his Lions and Welsh counterpart, New Zealander Warren Gatland, winning 33-18 at Millennium Stadium.

In total, Hansen has won all six encounters between New Zealand and Wales while he's been at the helm of the All Blacks, and Gatland Wales.

Gatland does have one victory over Hansen though - the second match of the 2017 Lions tour.