While the majority of those in New Zealand this evening will be donning all black, there is still sure to be a small number of people dressed in red. 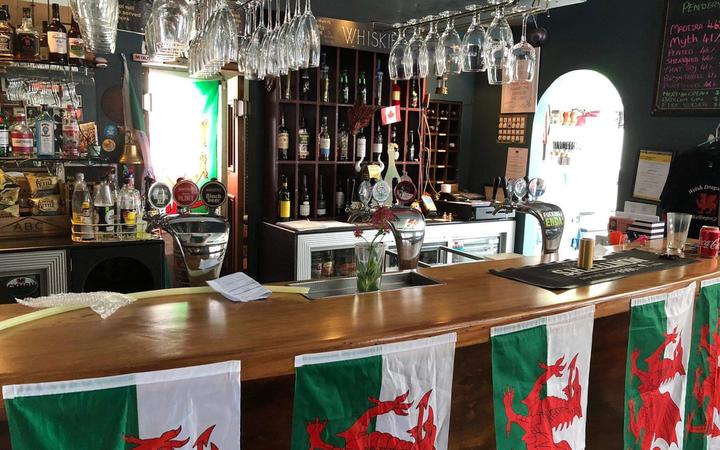 Owner of the Welsh Dragon Bar in Wellington, Andrew Jones, said although he's not witnessed a Wales win before, he's got a good feeling about this one. Photo: Supplied

With Wales only having beaten New Zealand three times out of the 35 matches they've played against each other, history isn't in favour of the Dragons.

But lucky for New Zealand, whoever wins, there's going to be at least one Kiwi on the winning side. The Wales squad is littered with New Zealanders, from outgoing coach Warren Gatland, to second-five Hadleigh Parkes.

Ahead of tonight's third place quarter-final between the two most diehard rugby nations, let's take a look at the Kiwi-Cymru connection.

To be fair to that crop of All Blacks, that game was part of a two-year tour of Europe, where New Zealand played 36 matches, and lost just four times, beating Ireland, England and Scotland along the way.

Since that fateful Saturday in the 50s, it's been one-way traffic, with Wales sometimes heroic in defeat, and sometimes embarrassed by thrashings.

So could tonight be the night all that is put to bed?

Owner of the Welsh Dragon Bar in Wellington, Andrew Jones, said although he's not witnessed a Wales win before, he's got a good feeling about this one.

"It's gonna be tough but it's set up for a Wales win," he said. "Gatland's last game and the first time in my lifetime to see Wales beat the All Blacks."

Despite a humiliating record against the All Blacks, it hasn't deterred Welsh people coming over to New Zealand, and making their presence felt.

The Welsh Dragon Bar is the "unofficial Welsh embassy for the Welsh community in Wellington," Mr Jones said.

"We get all sorts of Welsh, but not solely Welsh people, [and] they come together for the big Welsh events like St David's Day, or the 6 Nations, or this period through the World Cup." 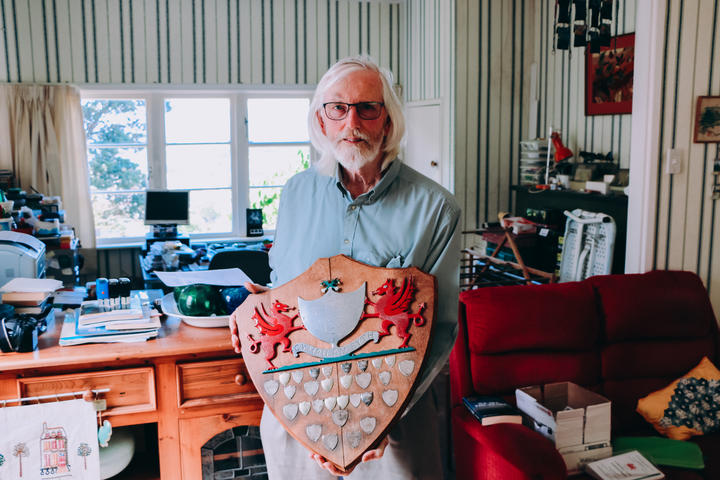 Sheep, neighbours, and language: commonalities between the two

Multiple Wales-dedicated clubs are spread across New Zealand, staging events like the biennial National Cymanfa Ganu singing contest, as well as the yearly competition: "Welsh cake on a plate".

Robert Bevan-Smith is English by birth, but became an adopted Welshman through his late partner, who heralded from the Gower peninsula.

He's now secretary of the Welsh Society of Wellington, an organisation that brings the Welsh diaspora together.

"We try to just encourage people to recognise their Welshness and just share that friendship with others."

He accepts they're not the most active of groups, with under a hundred members - predominantly retirees - spread across the Wellington region.

The Welsh are drawn to New Zealand, he said, and it's not just because both countries are rugby-obsessed.

"Wales has largely an agricultural economy, often based upon sheep, as indeed so does New Zealand.

"We share the English language but equally there are a smaller contingent of people in both countries, who have their native language as their first language. Much as New Zealand is with the Māori language."

In recent times, it's more than just bigger neighbours and a plethora of sheep that unite the countries.

A Welsh squad littered with Kiwis

Wales rugby in recent times has enjoyed success, not seen since the haydey of the 70s. A lot of that can be owed to one man, born in Hamilton: Warren Gatland.

In his 12 years at the helm, he's been behind three Six Nations grandslams and another victory.

But he was treading a path well trod - Graham Henry and Steve Hansen had also both coached Wales earlier on in their careers, and he is now being replaced by another New Zealander, Wayne Pivac.

Whatever the result tonight, at least one New Zealander will be smiling at the end.

A fair number of players have also made their mark on Welsh rugby: Hadleigh Parkes - a man who hails from Palmerston North, who has started every match in the world cup so far - the latest to do so.

Deputy Rector at Palmerston North Boys' High School, Gerry Atkin, coached the Wales international team when he was in Year 9.

"He was a very capable sportsman, he worked hard academically, he was also a very good cricket player," he said. "He played at the very highest level of schoolboy sport in cricket and rugby.

"He was certainly well-respected, he was the head prefect here in 2005 and also head boy of college house - [we had] a Year 13 group at that stage [of] about 650 young men, so to be chosen as the top student [and] the top leader from that size of group of boys does say a lot about Hadleigh and his character in particular."

Mr Atkin said although they'll be proud to see Parkes run out for an international match of rugby, it won't change who they support.

"It's absolutely fantastic to see a young man who was such a positive influence at school - to see the hard work that he's put in paying off so he can be performing at the highest level.

"I guess we become a little bit conflicted - we want to see Hadleigh perform well but we also want to see the ABs win."

It's not often Wales get one over New Zealand.

Earlier this year, the village of Harlech gave Wales something to cheer about as it claimed the title of "world's steepest street", taking it away from Dunedin's Baldwin Street.

Wales will be hoping that win was just the precursor for an even more significant victory over New Zealand tonight.

Iechyd da (cheers) to that.