All Blacks against England rugby matches have an edge to them way beyond the historic scoreline. 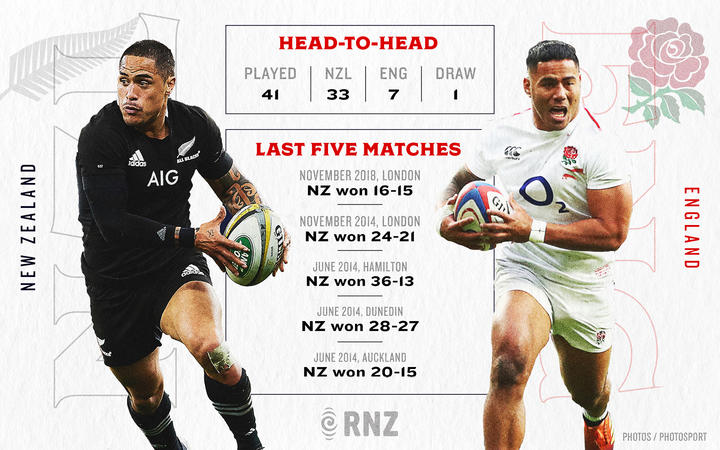 After 41 encounters, the All Blacks have an unassailable lead of 33 wins to seven, with one draw.

There's something special when these two sides clash. This Saturday, it will be the extra tension of the Rugby World Cup semifinal.

This match has the feel of the final - the two best sides so far, one northern hemisphere, the other southern. It could be a ding-dong battle.

The All Blacks are two wins away from an historic third Rugby World Cup win, but tonight's semifinal against England has been described as the biggest hurdle to get there. 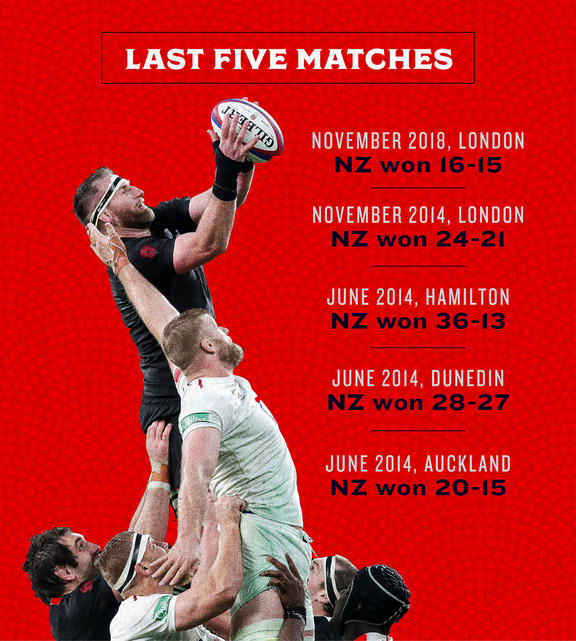 They are currently the two best teams in the world, but the history between them is not so even.

In the last fifteen years, the All Blacks have taken on England and won fifteen times.

The English have won once, at Twickenham in 2012

But there's more to it than a finals berth at stake.

Few other rugby rivalries have so many extraordinary moments, from a Russian prince scoring one of the great rugby tries 70 years ago to probably the greatest prince of rugby, Jonah Lomu, scoring probably the most beautiful brutal try in the game's history.

Check out the greatest moments between the All Blacks and England here.

Maybe it's the colour - the elemental all black vs all white. Maybe it's this country's colonial history and the coloniser against outpost dynamic. Whatever the reason, it always feels as if there is more at stake when England takes on New Zealand. 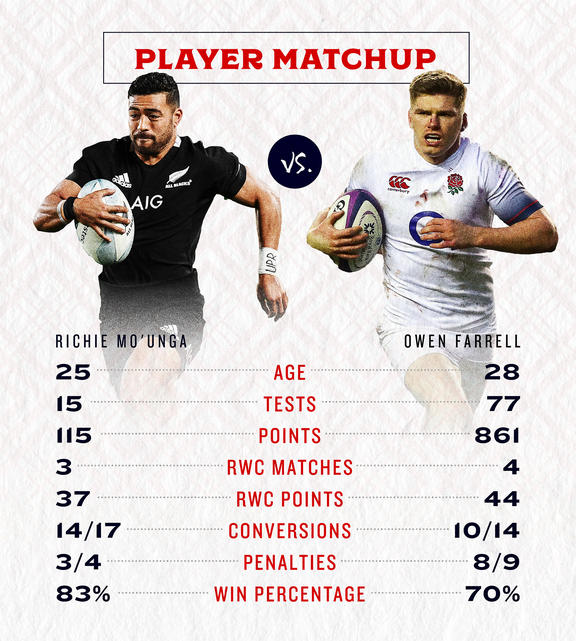 For a while, there was talk of the "England decade". Every 10 years the English team seemed to stand up and wallop the All Blacks.

It started in 1973 on an otherwise disastrous tour of New Zealand. England, when the All Blacks had played each other just six times since 1936. The test is famed for a try by Russian Prince Alexander Obolensky who carved through New Zealand, one of two he scored in England's 13-0 win.

When the All Blacks lost a decade later at Twickenham in 1983, the legend of bad things happening in years ending in three began. 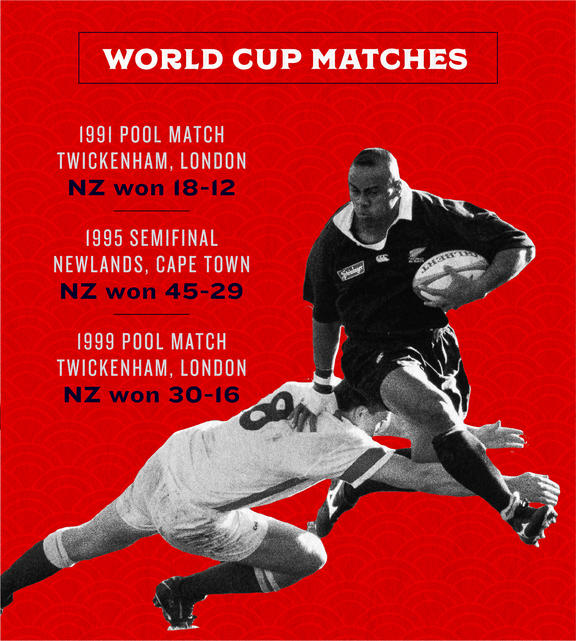 And guess what happened in 2003? In an astonishing match, England had two players sent from the field, yet they still managed to hang on for a win 15-13.

Though it is always grudging for All Black fans to admit it, we had witnessed a very good England side - one that went on to win the Rugby World Cup that year.

The All Blacks have a lopsided points record over England - 985 points to 575.

It's worth pointing out that England has not won against New Zealand at a Rugby World Cup.

The All Blacks won 18-12 in the opening match of the 1991 World Cup, held in Britain, though England went on to win their way through to the final, before losing to Australia. New Zealand were knocked out by Australia in the semifinal.

The next encounter was the Lomu test. It was the semi-final of the 1995 World Cup and that man, Jonah Lomu, scored four tries, including running over a hapless Mike Catt, as the All Blacks ran away from a good English side 45-29.