There was never any shortage of courage, but not even the bravest of blossoms could punch through Springbok brawn as South Africa reached the Rugby World Cup semi-finals by beating Japan 26-3 and ending their dream run at their home tournament. 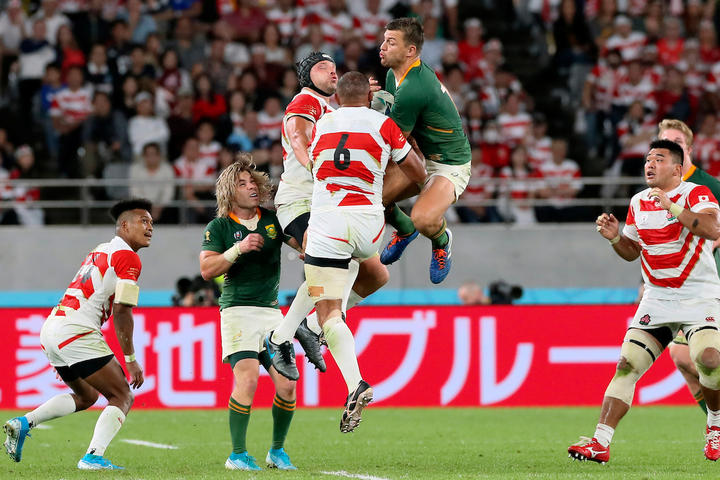 In what was a first World Cup quarter-final for the Japanese, neither an entire nation seemingly now besotted by rugby, nor a raucous 50,000 crowd packed into Tokyo Stadium, could carry the hosts to victory on Sunday.

"Test match rugby is all about creating opportunities and capitalising, but unfortunately they kept us out and with their set-piece... they played well," Japan skipper Michael Leitch said.

It was always going to be an enormous ask for Japan to replicate what has been their greatest moment on a rugby field - beating South Africa 34-32 in a World Cup group match in Brighton, England, four years ago.

South Africa had been stunned by that 'Miracle in Brighton' but with victories over both Ireland and Scotland this World Cup, Japan no longer held any element of surprise.

"Honestly, it was exactly what we expected," South Africa's captain Siya Kolisi said.

"We knew what Leitch and his boys would bring today.

"They came for us in the set-piece and it took a lot out of us to keep fighting. Credit to my boys for keeping going."

Lines were clearly drawn, with both Japan and South Africa knowing precisely what they had to do to reach next weekend's semi-final against Wales - this was always going to be a battle between the Boks' forwards and the Brave Blossoms' lightning backs. 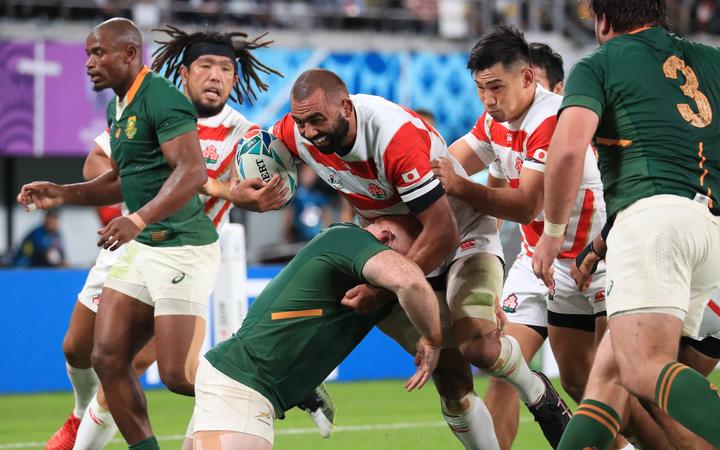 The first half was close - mostly due to South Africa's profligacy with the line at their mercy - and the teams had gone in with only two points separating them after an unconverted fourth-minute try by winger Makazole Mapimpi was countered by a Yu Tamura penalty for Japan.

But in the event, after an exhilarating first 40 minutes, the Japanese team ran out of energy, ideas and, finally, hope.

They had not been tackled as fiercely this World Cup as they were on Sunday night. Nor had they faced such a disciplined, well-organised defence.

Where the South Africans had been careless early on - they could have gone in at halftime three or four tries to the good - they tightened everything up in the second period to devastating effect.

Faf de Klerk, who had helmed the South Africans artfully throughout, added a second try on 66 minutes and Mapimpi added his second four minutes later.

Pollard converted one try and slotted three penalties in the second period, all unanswered.

Japan could never hope to maintain the frenetic pace with which they had harried South Africa early on and departed the tournament beaten but with a whole new army of fans for their exciting, free-flowing rugby.

"Japan is only going to get stronger," said Leitch, a try-scoring veteran of that pivotal match in Brighton four years ago.

"I am extremely proud of what we have done. We have done the country proud."

South Africa must now regroup for their Yokohama semi-final against Wales who earlier recorded a 20-19 victory over 14-man France, who had lock Sebastian Vahaamahina sent off in Oita.

"We want to try and go all the way," coach Rassie Erasmus said.