The All Blacks big clash with Ireland might hold most interest for Kiwi fans when it comes to this weekend's Rugby World Cup quarterfinals. 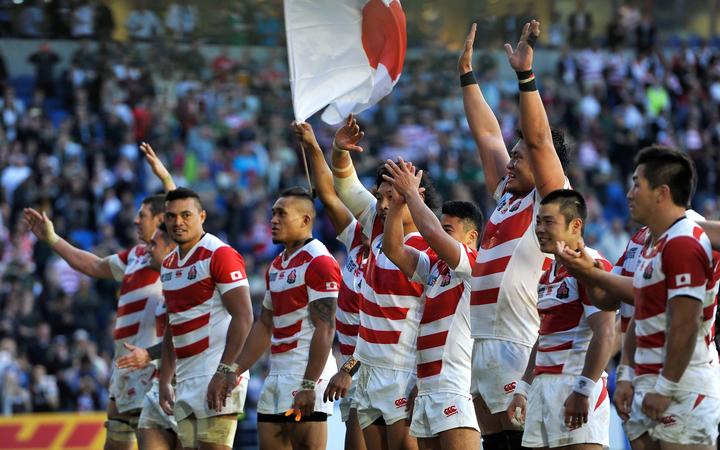 But in Japan, fans of the home team have their own huge match to look forward to.

The host nation face South Africa on Sunday for a place in the semifinals, the same team who they scored a shock upset over at the last World Cup in 2015.

Just like that famous day, Japan once again feel they've got nothing too lose.

This time around there will no element of surprise, with Japan's unbeaten run through pool play and victory over Ireland putting South Africa on high alert.

As far as lock Uwe Helu is concerned, though, Japan have something else that makes them just as dangerous.

"We already made our goal. No one expected us to make the top eight and we proved everyone wrong.

"Probably no-one will look at us [and think] we will win this game this week. It's another chance to prove some people wrong."

The Springboks certainly haven't forgotten what happened four years ago.

Star wing Cheslin Kolbe said they were doing their best to focus on what mattered most.

"We know that it happened but it's four years later, it's a new opportunity for us.

"We just have to keep building, so we'll make sure that we are really well prepared and just implement what the coaches want from us throughout the week and not have what happened in 2015 at the back of our heads."

What South Africa won't be able to avoid on Sunday, though, is a raucous home crowd at Tokyo Stadium.

But assistant coach Matthew Proudfoot said they're far from daunted about playing the host nation whose fans would be at fever pitch.

"The way we are handling this [isn't] any different to the way we would handle the New Zealand mindset or playing England at Twickenham.

"We relish this opportunity to be playing in this amazing occasion with an amazing crowd. It buoys our guys on just as much as it's going to buoy their players on.

"To play in that environment, I mean I get goosebumps just thinking about it."

As well as the atmosphere they'll experience, both teams are thinking about the relevance of their most recent clash.

The Boks thumped Japan 41-7 in Kumagaya two weeks before the tournament kicked off. 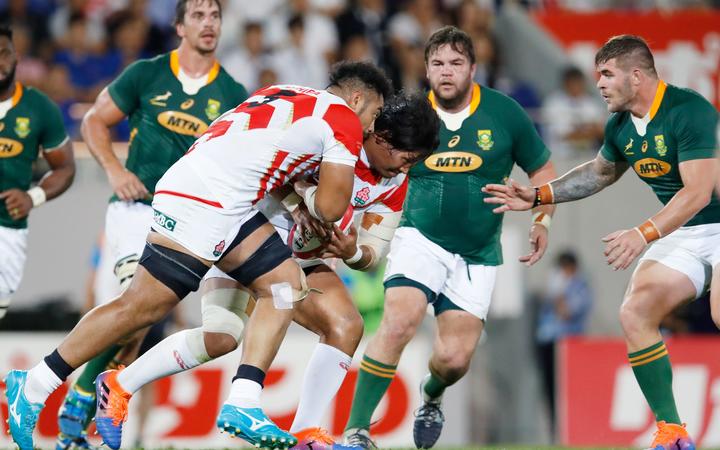 Uwe Helu said the Brave Blossoms took an important lesson from that match.

"Some parts of that game we went individual. We were wasting up our energy because we know how physical they are.

"We ended up not playing 80 minutes. We need to trust our game plan more and work as a team."

It's something Japan's coach Jamie Joseph would have been reminding his team of.

The New Zealander has led the home side to a historic quarterfinal berth, and Helu said the 20-Test All Black had a number of strengths.

"He is a really honest person. What he wants you to work on, he will come straight to you and have a one-on-one meeting and tell you.

"He keeps everyone on their toes and makes sure everyone does their own job."

If Japan can do that, a previously unthinkable place in the semifinals could well be theirs.

It would be another triumph for their fast, furious and unique style of play.

South African halfback Herschelle Jantjes said not getting sucked into that was crucial to their chances of success.

"It's important for us not to lose our cool and just to keep sticking to what we do best and try and control it.

As 2015 proved, that was far from guaranteed.