For Matt Todd, the father of three young children, being away from home at the Rugby World Cup can be summed up in one word - tough. 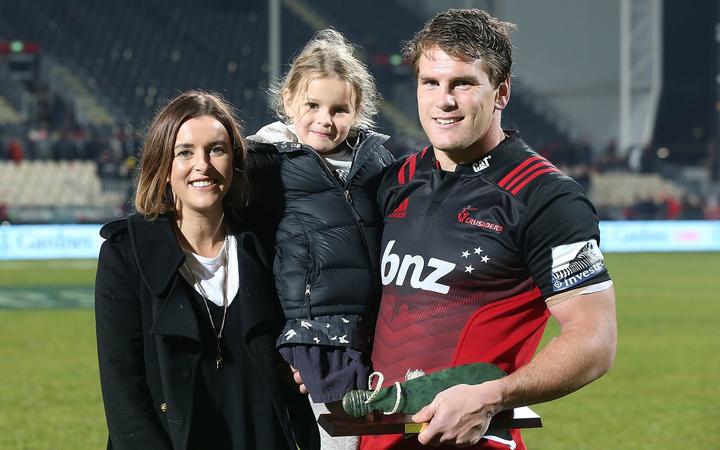 The 31-year-old has been away from his family for more than a month now as he and his All Blacks teammates prepare for their quarter-final showdown with Ireland in Tokyo on Saturday night.

His three children; aged seven, four and one, are back in New Zealand with Todd's wife, Anna.

The family have been in contact regularly throughout the campaign, but Todd admits that doesn't make it any easier.

"Even just Facetiming them and seeing them a screen you can see the changes and the development that they have in that time, so I guess it is tough if you're away for milestones like their first steps or stuff like that.

"Like my daughter's got her birthday next week, so you're away for stuff like that, [it] can be tough."

Professional athletes are often away from home for extended periods of time, but World Cups take that to the extreme for teams that go as far as the final.

Todd says a person's strength is tested further by the pressure of the tournament itself.

"No matter how tough it is here, you're not going to get any sympathy from back home that's for sure," he says with a chuckle.

"I think it's just awareness, especially around dinner time and it's chaos in the background, there's screaming... you've just got to be as supportive and understanding as you can be and know that it's tough for them. It's tough for when you are over here and they are struggling it's even harder because you're over here, you feel useless."

The thought of jumping on a plane and heading home to see his family has crossed Todd's mind but understands the bigger picture of why he's in Japan.

Todd knows better than most that to be in his situation is a rarity - in 2011 he was an 'observer' at All Blacks trainings during the final two weeks of the tournament as New Zealand sweated on the foot of then captain Richie McCaw.

Four years later, Todd was overlooked for the 2015 World Cup, the All Blacks coaching staff instead opting to take Sam Cane. 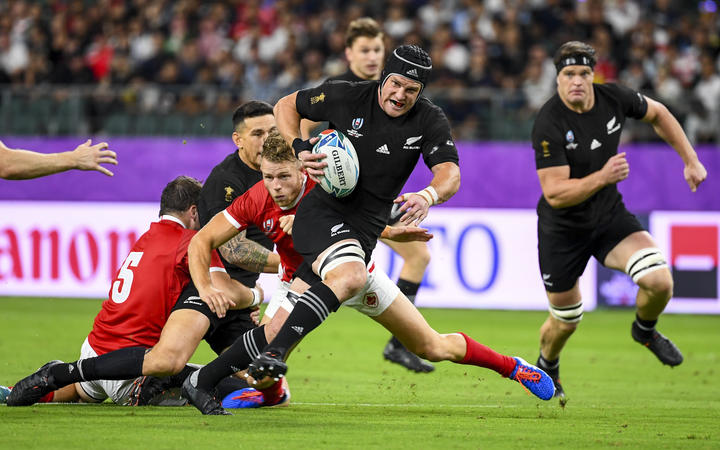 Matt Todd playing against Canada in the pool stage of the 2019 Rugby World Cup. Photo: AFP

This time round though, it was third time's the charm and Todd is relishing every moment he has in the All Blacks camp.

Todd says being a parent has helped him deal with difficult situations during his rugby career.

"Being a parent, it teaches a lot of valuable life lessons about how to deal with difficult situations.

"It is frustrating at times or stressful at times, but... the better you can handle and deal with those situations, that's what your kids see and what your kids learn, so it's important as a parent that you are in control and showing the children how you want to act and respond to different situations."

A fair amount of responsibility comes with being an All Black in the public eye, but Todd says being a good father to his children, especially to his daughters, is what's important to him.

"We want to raise strong-minded daughters, strong minded women and teach them what is right and wrong and what's acceptable and what's not.

"As a parent you are always learning and developing so you want to try and raise as best you can and instil the best values that you can in them."