Japan have made history at the Rugby World Cup, with the host nation reaching the quarterfinals for the first time, and their fans have been celebrating.

The last eight teams have now been found, with the All Blacks to play Ireland, Japan to take on South Africa, England to battle Australia and Wales to face France.

RNZ rugby reporter Joe Porter was in a bar in Tokyo to watch Japan beat Scotland 28-21 in Yokohama - here are the reactions of fans watching alongside him. 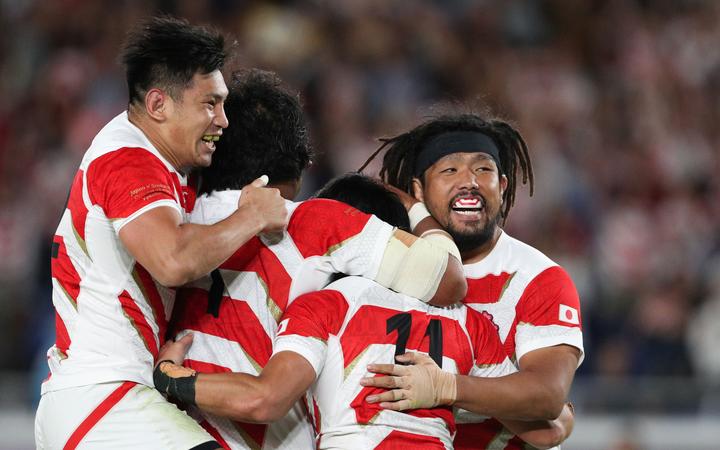 And the noise at the final whistle, confirming Japan were top of their pool and certain to advance to the quarter-final knock out stages, was deafening.

One excited fan told RNZ: "Happy! So happy that Japan have won. It is very exciting."

Another was already looking ahead: "It is a good time. We could be world champions!"

They might not be world champions yet, but Japanese fans were celebrating topping pool A and they'll now face the Springboks in this weekend's quarter-finals.

It was the Springboks who they upset in the pool matches at the last World Cup, pulling off what was then known as the Brighton Miracle, one of the biggest upsets in world rugby. But this Cup they have beaten Ireland, a former world number one ranked team, as well as Scotland and Samoa to advance.

And the celebrating Japanese fans were already excitedly thinking of the game. 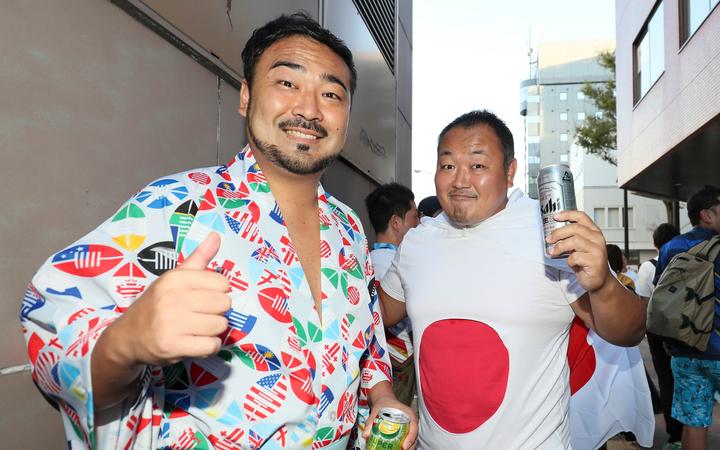 And springbok fans are rightly nervous.

"It's going to be a very hard game, especially after losing four years ago. They are so deadly with the ball in hand. I won't be sleeping well for the next week that's for sure."

The All Blacks take on Ireland for a place in the final four and kiwi fans are bullish about their chances.

"I'm very confident," one fan told RNZ. "I was not convinced about Ireland's game the other day."

Ireland have beaten Russia 35-0, Scotland 27-3 and most recently Samoa 47-5, though it was a harder fought match than the score suggests.

The Irish are worried about the All Blacks though, including their New Zealand coach Joe Schmidt.

"You've got to be at your very best to have a chance against the All Blacks.. You could play at your best and still not get the result - that's why they are back-to-back world cup winners. For us, it will be a mountain to climb."

Wales take on France in what should be a one sided quarter-final for the Welsh, while England fans are confident the Wallabies will pose no threat to their title tilt.

One fan was blunt; "Australia have got no chance. Zero chance."

Another was looking ahead.

"I can't wait for the semi-final against NZ. The quarter against Australia is a foregone conclusion." 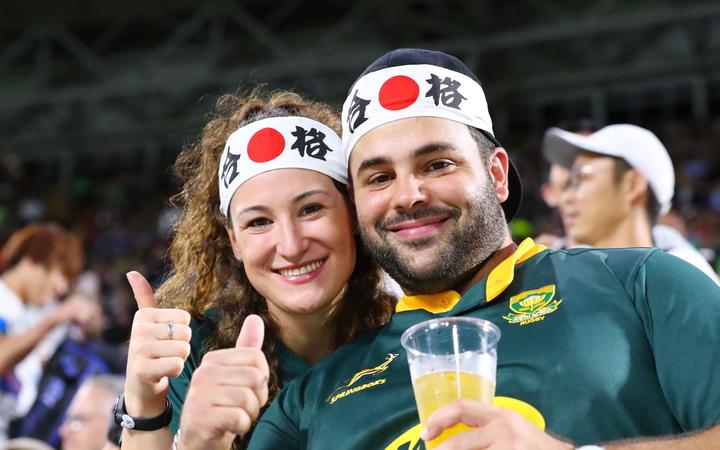 Though Wallabies supporters aren't ready to lie down.

"Second half, we'll come through, win by one penalty goal of three points," said one fan, ending with a string of expletives.

Maybe the best expletives should be saved for Japan's performance and coach, former All Black Jamie Joseph, said the win was for a country hit hard by typhoon Hagibis which killed at least 35 people and displaced many more.

He spoke after their win over Scotland last night, clinching top place in their pool.

"I really want to acknowledge the families who lost people in the typhoon. That really motivated the team. We talked about it this morning and the players really wanted to do that. While we are celebrating tonight there are a lot of people who aren't."

And while a rugby win will be small comfort to those who are suffering, Japan will be buoyed by their history making Brave Blossoms.