The three Ellison brothers love living and playing in Japan but one of their biggest goals is retaining their Māori tikanga. 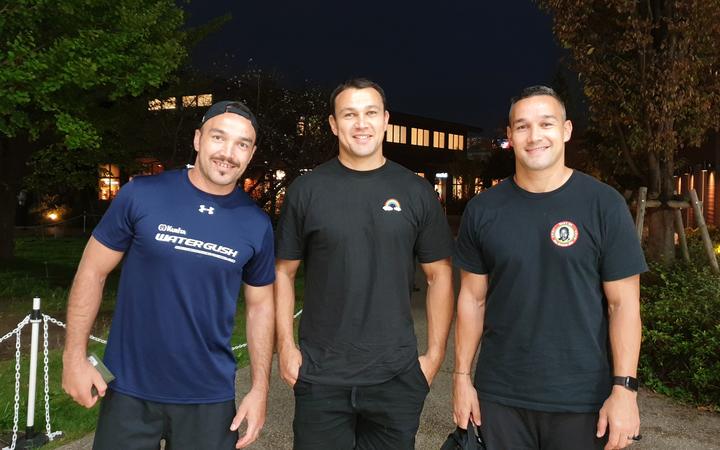 For the trio, keeping themselves and their whanau connected to Māori culture is incredibly important.

The three brothers are proud Māori, and Leon says they do their best to teach the language to their tamariki.

"We are the kaiako, we are the teachers. They are not in kōhanga, so we are the kōhanga for them. I love it," says Leon.

Jacob and his wife Anna have a 14 month old daughter Maia Bronnie, while Tamati and his wife Meremaraea have five tamariki ranging in age from 11 to 1, Vini Tuura, Bella, Awatere and Ka-uailani.

Jacob says it's pretty special having his brothers and nieces and nephews so close.

"To have the three of us here has been awesome, being here as a family is amazing. Having seven cousins for my daughter here; she is very lucky."

And Leon says having whānau nearby means the brothers can give their kids some more typical kiwi and Māori experiences.

"That is the pure thing that we miss; our kids having that interaction between themselves and their kōhanga mates. So it is a monthly thing, we have a BBQ at Tam's house. There''ll be kids playing on the scooters and jumping in the pool and stuff. It's important we don't miss the whanaungatanga, just singing songs and doing normal kiwi stuff."

Having five kids keeps Tamati pretty busy, but he says being a kaiako is a one of most important roles he has.

"I am pretty lucky I have a strong wife, so we try our best to pretend to be teachers during the day. We train with Kurita Club at night so that has given me a chance to be there at home during the day and help out with a bit of maths and a bit of Māori."

Though when things get busy Tamati says they call in their tūpuna to help ease the load.

"When we start struggling with the home school we fly in some real teachers. Fortunately their grandmother who was a teacher for 40 years in Porirua. She has been burning them out, they fall asleep in the afternoon, they are doing so much schoolwork. That has been good for Mum and Dad, it means we can have a few dates."

All three brothers are at different stages of their te reo Māori journey, and Tamati says keeping the language alive is one of the main reasons they'll eventually return to New Zealand.

"Jake has done a bit at Te Wananga and Leon has been learning it for the last few years. We have a similar heart for our culture and it's something I will definitely do when I finish.

"We grew up learning Māori and we have had some great teachers. We came at a good time, growing up in Titahi Bay, there was a bit of a movement.

"I'd really love to get back into it and see where I can help. I will defnitely be heading back to my Māori side, that's for sure." 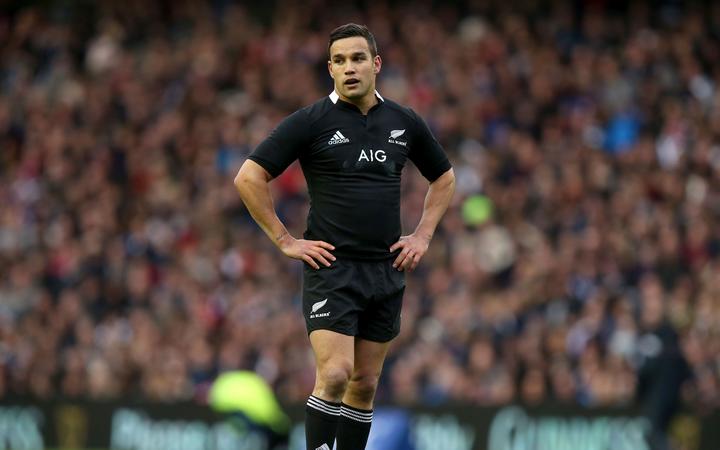 Jacob and Leon say it hasn't been easy to keep up te reo Māori, but there are similarities between Māori and Japanese language, which can be a help and a hindrance.

"The reo is still there and a lot of my Māori culture and tikanga is part of who we are so it is always there. But I did notice that when I went home and tried to kōrero te reo Māori I would always throw in Japanese words. So when I get home I am sure I will be fluent in te reo Māori again," Jacob said.

"The vowels are exactly the same, they are just round the other way. So our Japanese pronunciation is very good. It is funny you can get mixed up; my wife's mother is over here and we speak te reo to her and I have been speaking 70 percent Japanese to her," laughed Leon.

As much as they love Japan, the brothers will head home, and Jacob is likely to be the first to do so.

"I will definitely go back to Aotearoa. This place is awesome but I will defintely head back to New Zealand."

And Leon says he's likely to teach te reo Māori upon his return.

"I'll probably look to a Māori teaching degree. I have already started with Te Wananga o Raukawa, me and my wife. We will probably do something whcih involves teaching te reo Māori and tikanga."