Canadian fans are relishing the chance to see their team take on the All Blacks tonight at the Rugby World Cup - but most admit there is no chance they can win. 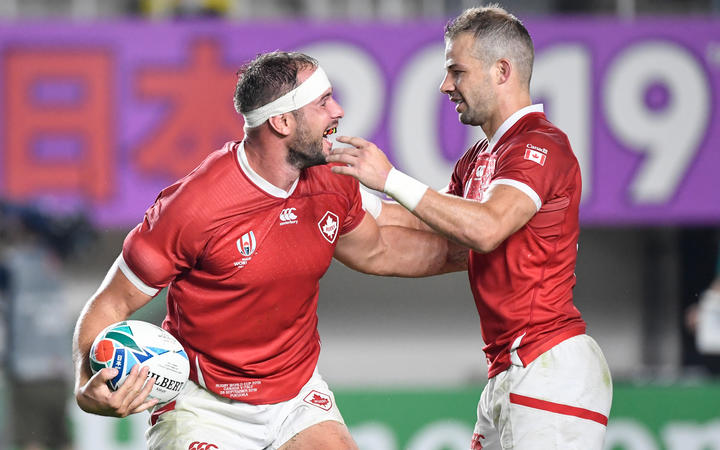 Canada's captain Tyler Ardron, seen here celebrating a try against Italy with scrum-half Gordon McRorie, says the team is looking forward to the match against the All Blacks despite their chances. Photo: CHRISTOPHE SIMON / AFP

The last time the two teams met at the Rugby World Cup was in 2011 and Canada were on the wrong side of a thrashing from the hosts and eventual winners, with New Zealand winning 79-15 at Westpac Stadium, Wellington.

Canada captain Tyler Ardron is relishing the opportunity to measure themselves against the best tonight, despite many expecting the All Blacks to flog them, including their own fans.

"We're at the World Cup to play against the best there is. And we get that today."

One supporter, Sean, is quick to write his team off but just as rapid to book his tickets to the game, with the chance to see the All Blacks in the flesh.

"I know we are going to lose. but I am really excited for the game," he says.

Has Canada got a chance?

"I'd like to think they do but I am a little bit doubtful." 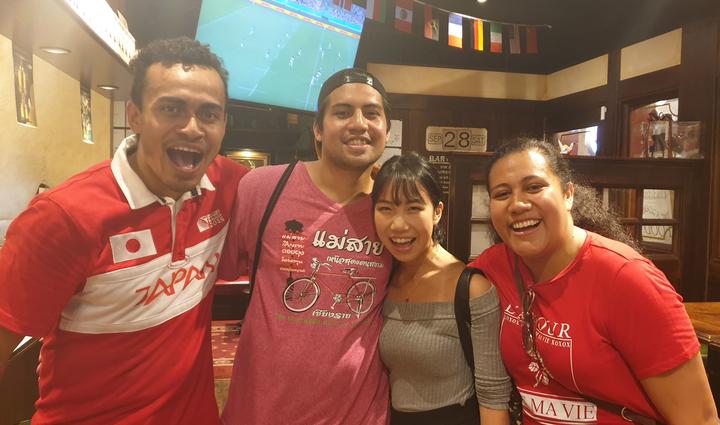 Tyler, who plays for the Richmond rugby club in British Columbia, is also pessimistic about Canada's chances.

"I've never seen the All Blacks in person so that is one of the things which really interested me. They are the most iconic team in rugby, for sure."

He is also looking forward to seeing the haka live.

"I've seen it on TV before but to see it in the stadium and see it live with all that energy, that will be an experience."

Supporter Jordan hopes his presence at tonight's game will give the underdogs an edge.

"The last game I went to I saw Canada score against the All Blacks; that was in New Zealand. Maybe it's an omen.

"Last time I was there with a very proud All Blacks fan, who turned into a Canadian fan after that try.

"Mind you, the last time we played at a Rugby World Cup, the All Blacks were slicing through us like butter."

If Canada can conjure a miracle they'll win more fans around the world, but for their players the match is a chance to advance their rugby careers. 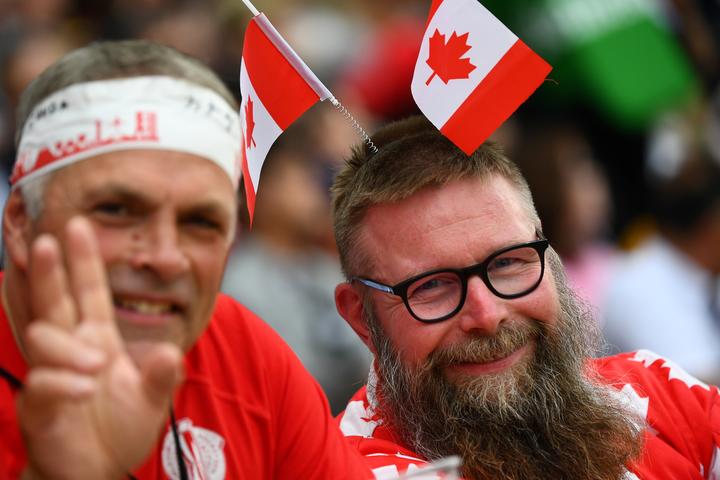 Skipper and loose forward Tyler Ardron has spent the last two Super Rugby seasons playing for the Chiefs and he will come up against a few of his team-mates tonight, including All Blacks reserve halfback Brad Weber.

"For a lot of guys this is a shop window and if they can put a good performance on out there, they could get themselves a contract and that would be a win for us."

Ardron is a bit of a yoga expert, claiming it benefits his game, but Weber reckons he does it for another reason.

"I heard he became a yoga instructor just to meet girls. But he is a flexible man due to his yoga," Weber admits. "He can get into strong positions over the ball at the breakdown."

The Canadians will need more than flexibility to stop the All Blacks putting 100 points on them, but the game will be played in good spirits with the Kiwi and Canuck connection as strong as ever.