Everyone is looking forward avidly to the big Rugby World Cup clash between the All Blacks and Canada. 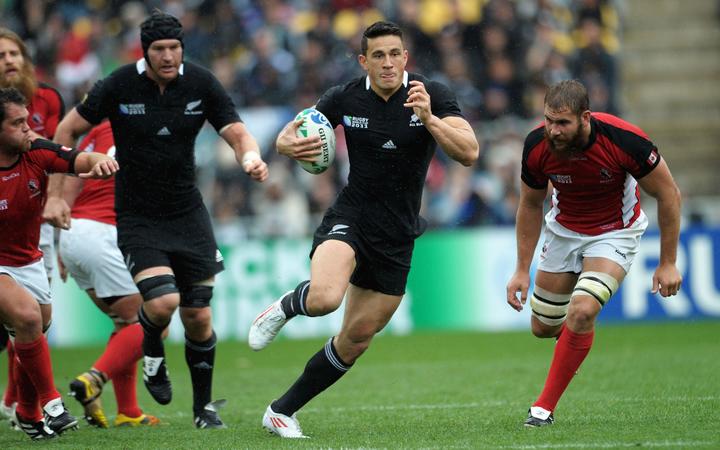 Sonny Bill Williams is one of just three current All Blacks who played against Canada at the 2011 Rugby World Cup - the other two are Kieran Read and Sam Whitelock. Photo: Photosport

If only that was true.

In the spirit of journalistic inquiry we voyaged across the Canadian media landscape to see the level of fascination with Wednesday's match.

We checked The Globe and Mail, roughly equivalent to the Herald or the Dominion-Post of Canada, and there was nothing, zip, not a thing on its Sports page, in fact nothing in recent days.

Well, there is an election on.

Or the CBC, the Canadian equivalent of RNZ and TVNZ.

Nor the Toronto Sun (a daily version of the Sunday News).

We checked two or three times and, well, Canadians are busy people, there's many other sports that Canadians play, it's a long way from Japan; just nothing.

We did eventually find a headline - all the way down the bottom of the CTV Sports page. CTV is the equivalent of Newshub and there it was: "Rugby: World Rugby apologises to Georgia for playing Russian music."

So, it's a pretty big deal in the land of the puck, the polar bear and poutine.

Firstpost, the Indian news website, though was covering the Canada game. Worryingly, its main angle was how thrilled the Canucks are to be on the same park as the All Blacks let alone smashed by them.

Firstpost put it like this: "A mixture of fear and reverence will accompany Canada when they face the mighty All Blacks in one of the biggest mismatches of the Rugby World Cup's pool stage on Wednesday."

That word "mismatch" is a little worrying.

Firstpost goes on: "The possibility of a stunning upset, more outrageous than Japan beating Ireland or Uruguay downing Fiji, does not even register when talking about the world's best team, stacked with millionaire professionals, playing a mixed amateur-professional unit ranked way below them."

Coming off a 48-7 loss to Italy, the starstruck Canadians are braced for an even bigger hiding by their All Blacks idols, but at the same time they are relishing the opportunity just to be on the same paddock as three-times world champions.

"It means a lot getting to play the All Blacks, knowing that if I'm in the game and if I'm going to catch a ball, Kieran Read could be smashing me," hooker Andrew Quattrin said of the prospect of being crunched by the All Blacks captain and former World Player of the Year.

All of which sounds flattering to the All Blacks, and ominous for the Canucks, who last played New Zealand during the 2011 Rugby World Cup, losing 79-15. Especially, the idea that Kieran Read smashing you could be something to relish. 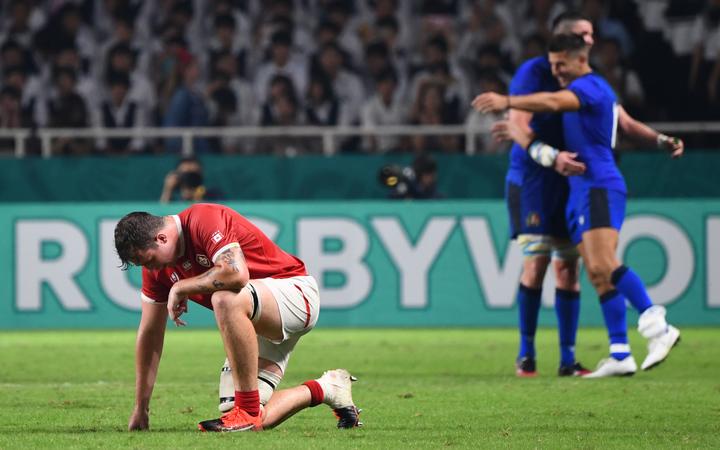 If you look a little further you do find that Airdrie Today (powered by Airdrie City View), the local news outlet for Airdrie (population 61,000, the eighth largest population centre in Alberta), has a take on the World Cup. It says that the Canucks have the first female manager for a team at a Rugby World Cup.

"I would say overall I'm a problem-solver," Gattinger said.

"I do all the planning ahead of arrival. Essentially I handle off-field stuff - all the hotels, transportation, bookings, all of our travel plans. I leave it to the coaches to handle the rest of the stuff on the field.

"So I essentially just facilitate making sure that everyone has what they need to be successful."

The Rugby World Cup's own website has been covering Canada, ranked 22 in the world, even if not many others are. It quotes one player helpfully pointing out that the game is the equivalent of the New Zealand ice hockey team playing the Canadian ice hockey team. Except vice versa.

The World Cup also interviewed Candian back rower Luke Campbell who identifies that the All Blacks are "just guys in shorts playing rugby."

"They are the ones that the movies are made about, that you see on TV, so there is a bit of an aura around them. But we've got to remember that they're just guys in shorts playing rugby and so, as cool as it is to play against the All Blacks, it's just another rugby game."