All Blacks coach Steve Hansen has refused to add to the rising criticism of Rugby World Cup officials and instead asked fellow coaches and pundits to appreciate they were also under pressure. 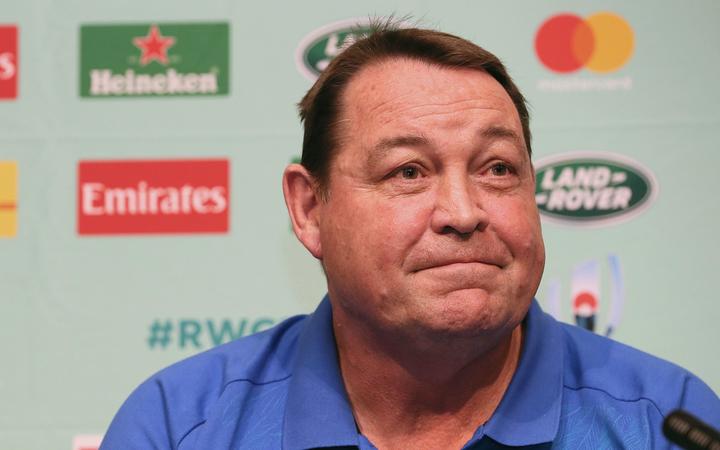 Hansen, however, refused to be drawn on the controversy that has blighted the tournament, with World Rugby issuing a directive last week about the performance of the officials in the opening weekend of games.

"They're under a lot of pressure," Hansen told reporters in Beppu on Monday when asked about the critisim on refereeing.

"I talked before we came to this tournament about how pressure can affect a rugby team under pressure. Referees are no different.

"There is no point in everyone climbing into them because it's only going to put them under more pressure and that's not going to fix the problems."

Cheika said he was "embarrassed" by some of the decisions made by Poite on Sunday, especially with the decision to penalise Samu Kerevi when he was carrying the ball.

Kearns said on Australia's Fox Sports after the match that the officiating had been "disgraceful".

"The whole referring display has been disgraceful, not only by Romain Poite but by Ben Skeen as well" Kearns said.

World Rugby's decision to criticise their officials for not cracking down on head high tackles has led to greater involvement of the television match officials and slowing down the game, according to former Wallaby Stephen Hoiles.

"This is what happens when World Rugby come out and make a weak statement after week one and say they're not happy with the referring," Hoiles told Fox Sports.