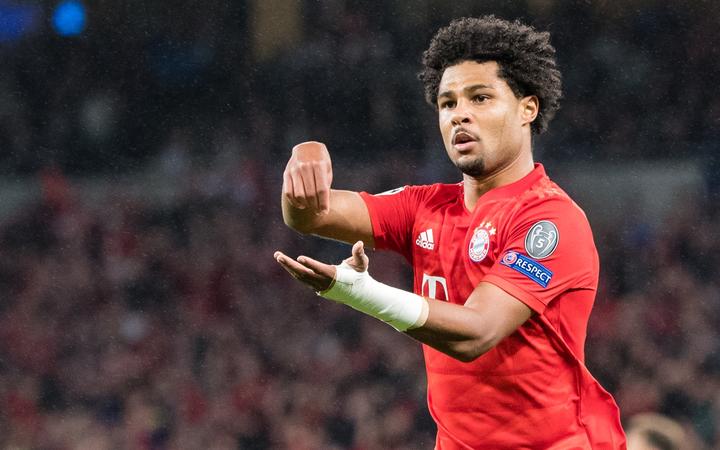 Bayern trailed one-nil after 12 minutes and only led 2-1 at halftime.

The German champions sit top of their group with six points, while Tottenham's bottom with just one point.

Manchester City's two from two in Europe after scoring two late goals to beat Dimano Zagreb 2-0 in Manchester, while Real Madrid's had to work to secure its first point of the competition.

The 13-time European champions have come back from 2-0 down at halftime to draw 2-2 with Club Brugge in Madrid.

The National Rugby League's Dally (delly) M awards are tonight, with Warriors captain Roger Tuivasa-Sheck in the running to win the player of the year award for the second straight season. 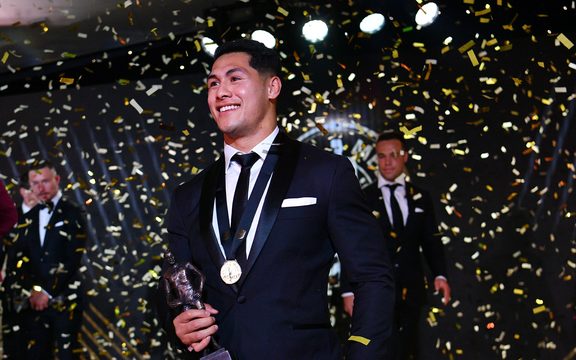 Tuivasa-Sheck is a finalist for the fullback of the year award and despite the Warriors falling well short of the top eight is still seen as a contender for the Dally M award.

But Roosters fullback James Tedesco is the favourite to win the positional prize and the supreme award.

Warriors winger Ken Maumalo is also a finalist in the winger of the year category, while Warriors women's playmaker Charntay Poko is a nominee for the NRLW player of the season. 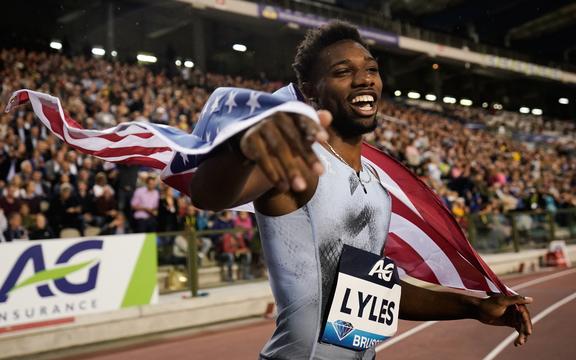 The showman Lyles, his hair dyed silver after a heroic animee character, won the first of what many predict will be many world championship medals by storming across the line unthreatened in a time off 19.83 seconds.

Donavan Brazier stormed home and broke the world championship record to claim a first-ever world title for the United States in the men's 800 metres.

The 22-year-old, running in his first world or Olympic final, destroyed the field as he raced past Puerto Rican Wesley Vazquez with 300 metres left to win in one minute 42.34 seconds.

Bosnia's Amel Tuka, who won the bronze in Beijing in 2015, went one better by taking the silver and Kenya's Ferguson Cheruiyot Rotich got the bronze.

Athletics New Zealand has appealed the disqualification of hurdler Portia Bing at the World Championships in Doha. 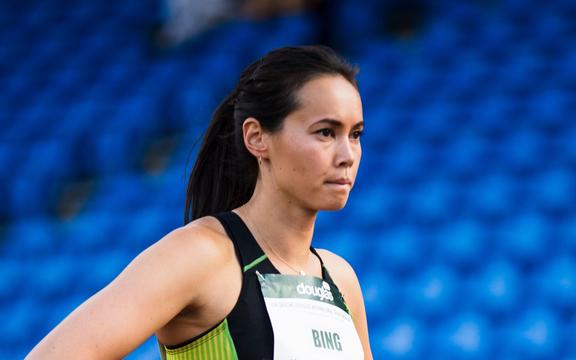 Bing was disqualified from her heat of 400 hurdles for not clearing the hurdle correctly.

Bing ran a New Zealand record time of 55.49 seconds finishing fourth which would have automatically qualified her for the semi-finals.

However an official decided her trailling leg went around a hurdle rather than over it.

The semi-finals of the 400 hurdles are tomorrow.

Kerr managed a height of 2.22m before retiring with an injury.

"I've sort of had a dodgy ankle for close to eight months now and we've just been managing it. It sort of comes on and off, and I thought that we'd be all good today but obviously not," said Hamish.

He would have needed to jump 2:26 metres to qualify for the final.

Samoa hooker Motu Matu'u will miss the final two Pool A matches and a potential quarter-final at the Rugby World Cup after his three-match suspension for a dangerous high tackle was upheld. 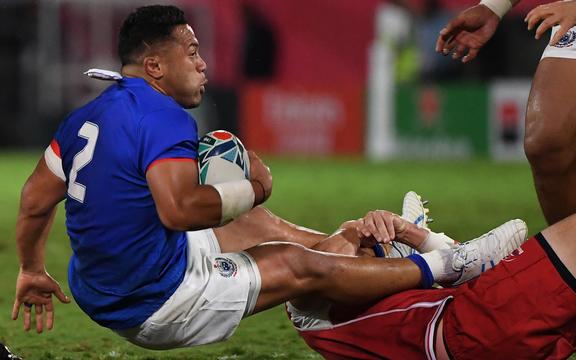 Samoa centre Rey Lee-lo and Matu'u were both suspended for three games for high tackles on Russia captain Vasily Artemyev during their opening Pool A match last week.

Matu'u was initially eligible to play in the quarter-finals if Samoa qualified, but since he was ruled out injured for their second game against Scotland, the three-match ban has now been carried forward.

Samoa are currently fourth in Pool A with five points, behind leaders Japan (nine points), Ireland and Scotland (both six points). They play hosts Japan on Saturday and Ireland a week later.

Meanwhile Uruguay hooker Facundo Gattas has been suspended for three games, effectively ending his World Cup, after he received a red card in his side's loss to Georgia on Sunday.

Gattas was shown a red card by referee Wayne Barnes for a no-arms high tackle.

The Waratahs are poised to announce New Zealander Rob Penney as their new Super Rugby head coach, not put off by the lack of success achieved by fellow-Cantabrian Daryl Gibson. 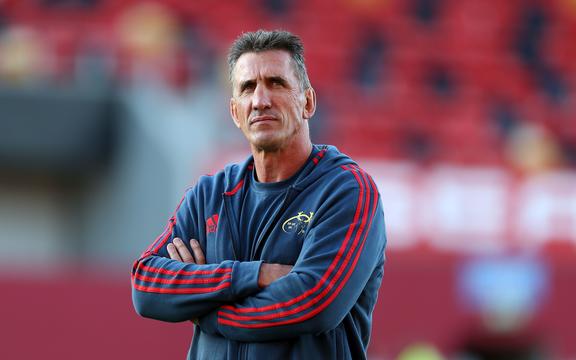 It is understood 55-year-old Penney has signed a three-year deal and will be unveiled by Waratahs management at a Tokyo hotel today.

Gibson resigned in June after overseeing a disappointing 12th-placed campaign.

In Gibson's four-year reign, the Waratahs reached the finals only once. They won 28 of their 64 games under his watch.

Like Gibson, Penney has a strong Canterbury connection, having coached the provincial side to four New Zealand straight domestic titles.

He was reportedly disgruntled when he missed out on the Crusaders head coach role in 2011, when the departing Robbie Deans was replaced by Todd Blackadder.

Penney left for two successful seasons in charge of European powerhouses Munster where he forged a no-nonsense reputation.

He turned down the option of a third season in Ireland and signed a long-term deal with Japanese Top League club NTT Communications Shining Arcs which finished this year.

South Africa have made three changes to their first-choice pack as they brace for a muscular forward challenge from Italy in their Rugby World Cup Pool B clash at the Shizuoka Stadium on Friday.

Two of the switches are in the front row as hooker Bongi Mbonambi and experienced prop Tendai Mtawarira come in for Malcolm Marx and Steven Kitshoff respectively.

Lock Lood de Jager, who did not start against New Zealand in their opening fixture, has also been preferred to Franco Mostert as coach Rassie Erasmus looks for continuity in the line-out after a six-day turn-around from the 57-3 victory over Namibia in Toyota City.

Meanwhile versatile back Damian Willemse has been called in to replace injured centre Jesse Kriel.

Kriel injured his hamstring in the 23-13 loss to New Zealand and will not recover in time to feature in the Springboks' remaining two Pool B games.

New Zealand squash player Paul Coll has moved up a spot to a joint career-high world ranking of number five. 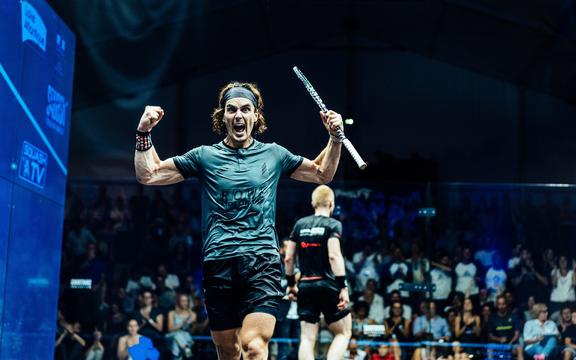 The 27 year old from Greymouth started the new season with victory in the French Open last month, his 14th PSA trophy.

Coll rises ahead of Germany's Simon Rösner, who drops down to No.6.

The Toro Rosso name could disappear at the end of the Formula One season with the Italy-based team seeking to race in future as Alpha Tauri, a fashion brand also owned by Red Bull.

Scuderia Toro Rosso, the Italian translation of "Red Bull Team", were the tail-enders known as Minardi before the change of ownership at the end of 2005.

They won the Italian Grand Prix from pole position at Monza with Sebastian Vettel in 2008, a rare occasion of a Ferrari-powered team beating the works outfit. Toro Rosso now use Honda engines.

Enrique Sanz, the former general secretary of North American football's governing body CONCACAF, has been banned from any football-related activity for life after being found guilty of bribery. 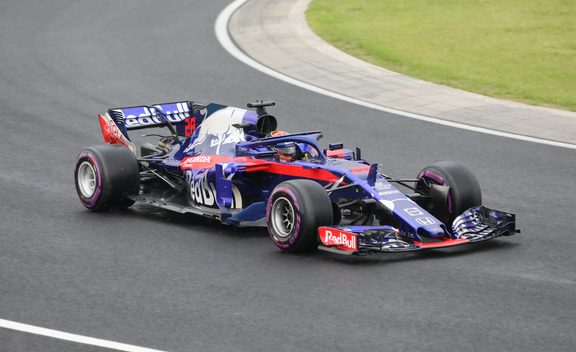 Sanz was found guilty of negotiating bribes in competitions organised by FIFA, CONCACAF, the Caribbean Football Union and the South American Football Confederation between 2012 and 2015.

Sanz was fired in 2015 following an FBI investigation into corruption allegations at FIFA.

His predecessor Chuck Blazer, who held the position from 1990 until 2011, was banned from football for life by FIFA after he was indicted and pleaded guilty to charges including accepting bribes and kickbacks.