When All Black prop Ofa Tu'ungafasi took to the field in the All Blacks vs South Africa match on Saturday night, his brother and cousin were in the stands brimming with pride, and with the knowledge of all the hard work and sacrifice it took to get him to this moment. 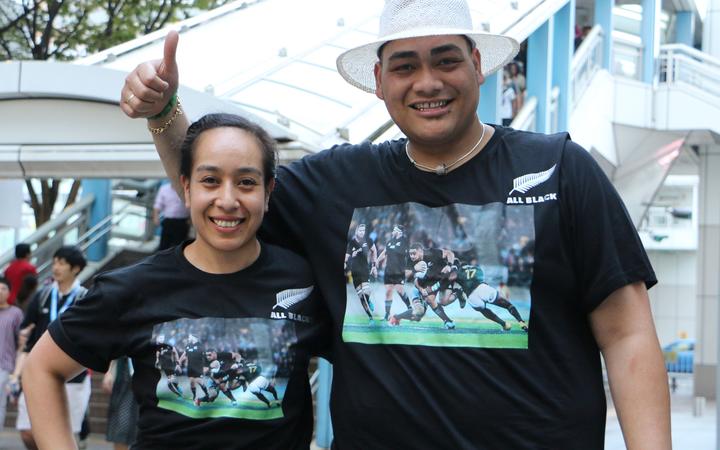 Ofa Tu'ungafasi's cousin Susana Piukala (left) and brother Scope made the trip to Japan from New Zealand and Australia to cheer him on. Photo: RNZ/Leilani Momoisea

Ofa is one of 10 siblings, and his brother Scope and cousin Susana Piukala made the trip to Japan from New Zealand and Australia to cheer him and the All Blacks on.

Hours before the match, emotions were running high and there were tears in Susana's eyes as they talked about the tenacity Ofa had to persevere with his dreams.

"I think at the beginning, no one was really looking at Ofa," said Scope, "They were looking at my other two brothers, the older ones. But I think his hard work really got him to where he is now." 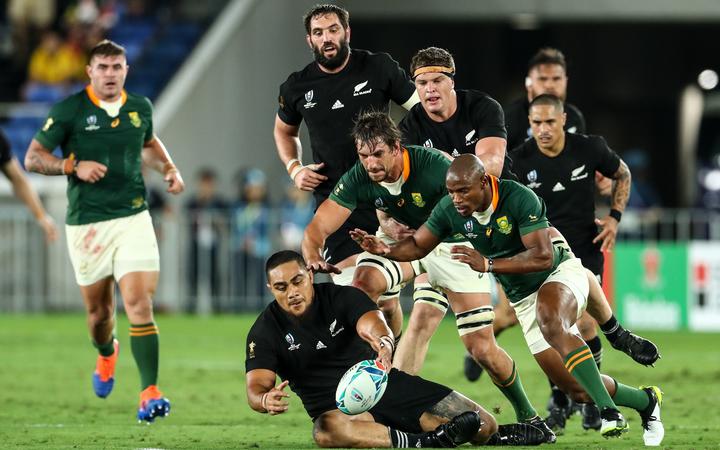 Ofa Tu'ungafasi (with the ball) during the All Blacks vs South Africa match on Saturday. Photo: Kaori Matsumoto / www.photosport.nz

Scope describes how Ofa would do his own food shopping while others ate what they wanted, and would be out running while everyone else was relaxing.

"That really touched me when he told me about that," Susana said.

"When everyone around you is having fun, enjoying going out, being young, he had his head down because he knew what he wanted. Just the fact he's here, he's hit his target. Not only are we so proud of him, but his story is great for young people to hear."

She hopes the message young people take away from this is that talent doesn't count if you don't put in the work. 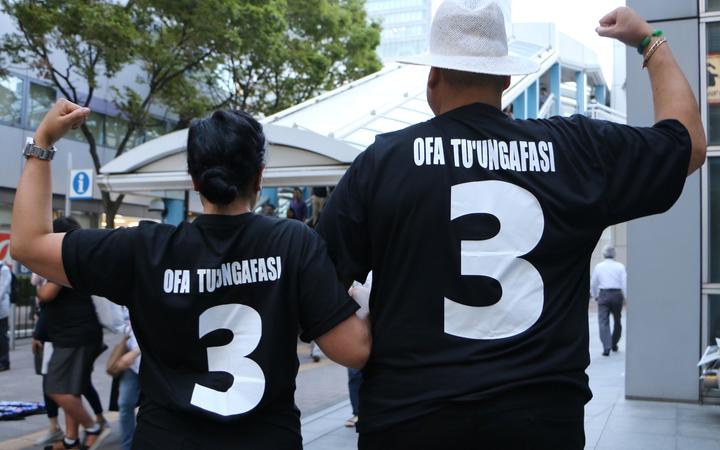 "How bad do you want it? Is it really a priority? Are you willing to give up going out with friends, having fun over the weekends. Eating McDonald's, KFC, giving that up to eat a proper diet. Getting up early in the morning to go to training when everyone is sleeping. That is admirable and the fact that he is here in Tokyo, putting on the All Blacks jersey, it's inspirational."

The two of them have gone through their own minor struggles just to make it to the match. Scope had to scramble to find someone to look after his newly opened hairdressing and barbershop business, with a helpful sister-in-law stepping up to the plate.

Then, they both got lost on the way to the stadium in Yokohama. A Japanese family came to their rescue, and went above and beyond to make sure they made it to the match in time. 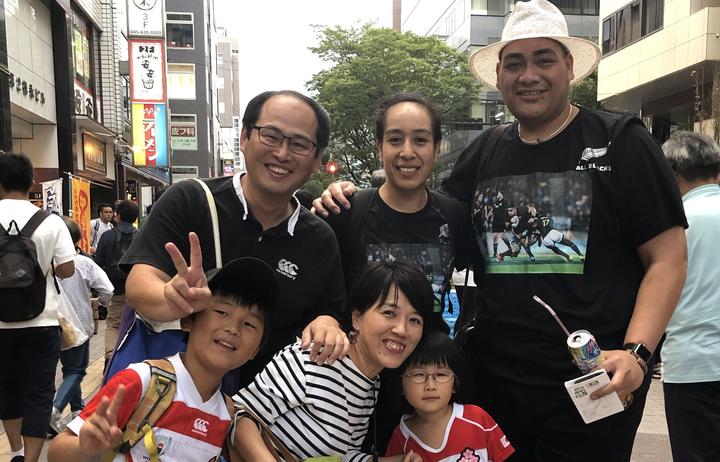 The Japanese family that came to the pair's rescue when they were lost. Photo: RNZ/Leilani Momoisea

"I think they just saw us and felt sorry for us. They took us everywhere," said Scope, who says the family even took them to an internet cafe to find out where they could store their luggage, and then accompanied them to the storage lockers.

The family didn't know they were helping out the brother of an All Black, and Scope says he's going to have to ask Ofa to sign a poster as a way to thank them.

"We took down their details so we can send something back to them to show our appreciation."