Tonga showed major improvements in their Rugby World Cup opener against England but creating and finishing opportunities with the ball in hand remains an Achilles heel.

The 'Ikale Tahi restricted England to four tries in the 35-3 defeat in Sapporo but were unable to breach their opponents' tryline, despite shading the possession stats and forcing their opponents into more turnovers, tackles and penalties conceded. 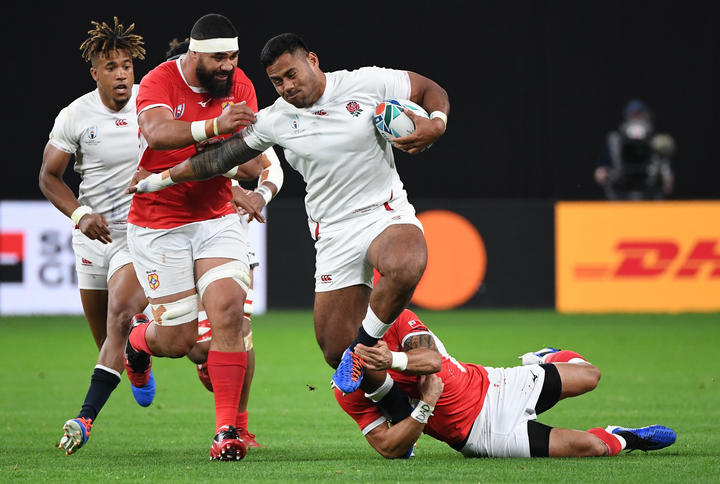 Coach Toutai Kefu said Tonga put in a much improved performance from their last showing against the All Blacks but struggled to make any inroads against the England defence.

"We had a bit of a gameplan that we executed, I thought. They're a good team - they squeezed us for territory in the first half and we just couldn't get into their 30 to throw any punches really," Toutai Kefu said.

Tonga trailed 18-3 at half-time and could only muster 159 metres gained over 80 minutes compared with 670m by the English. Kefu says scoring points and executing on attack remains an ongoing problem for the 'Ikale Tahi.

"I think that's been an issue with us this year so far. I think we just need to keep chipping away at our core skills under pressure. We are getting better, there is a massive improvement tonight but...there's some opportunities there that we're not taking advantage of. We've just got to keep chipping away," Kefu said. 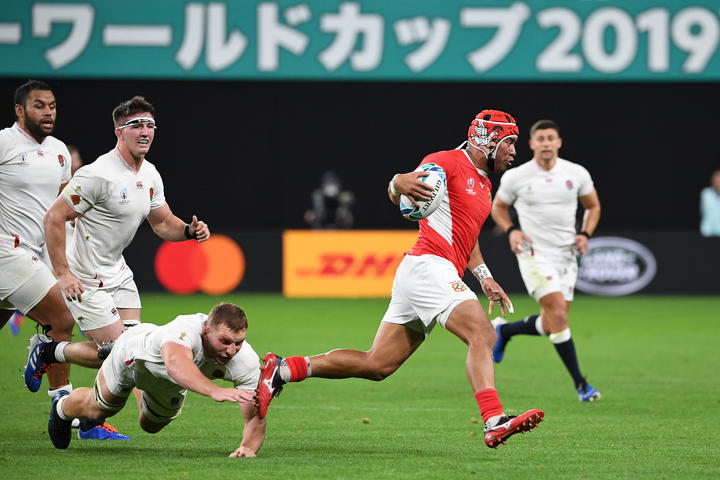 A moments silence was observed before kickoff in memory of the late Tongan Prime Minister, 'Akilisi Pohiva, who was also the President of the Tonga Rugby Union.

A touching moment between Nasi Manu and his family after his first match at #RWC2019. Incredible the adversity he has overcome and great to see him out on the pitch for #ENGvTGA pic.twitter.com/BmarWJcJgX

The Benetton Treviso player managed 25 minutes off the bench and says he was a bundle of nerves on the sideline while waiting for his opportunity.

"The whole time I was on the bench the emotions were just all over the show. This whole day I just almost (had) forgotten what I do to prepare but now that it's out of the way I feel I'm more confident for it and that was my first experience playing a tier one nation and just that speed - like I was only on for 20-25 minutes and I swear like after five minutes I didn't know if I could finish the game," Nasi Manu said.

Ikale Tahi coach, Toutai Kefu, said Manu is an important member of their squad and it was great to see him back out on the field.

"We all knew as a group that this was important for him. I just had a chat to him then and he said he was bloody tired and he needed more game-time and his lungs were gone but I reassured him: "Mate, you're lucky you're back out on the field, I think that's the first step," but knowing Nasi he's a competitive person and he wants to give 100 percent." 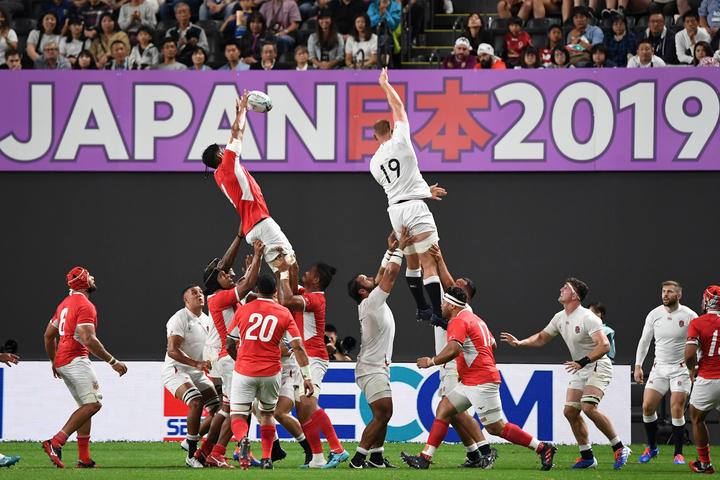 Nasi Manu (20) came off the bench to make his first test appearance since recovering from testicular cancer. Photo: AFP

There were emotions of a different kind with England number eight Billly Vunipola playing against the country his father Fe'ao Vunipola represented at the 1999 Rugby World Cup for the first time.

The 26-year-old was on the receiving end of a crunching hit from Tongan flanker Zane Kapeli early in the match and says he knew he would be a target.

"It was tough - obviously got that big hit in as well but I enjoyed it, thoroughly enjoyed it and good to get the win," Vunipola said. 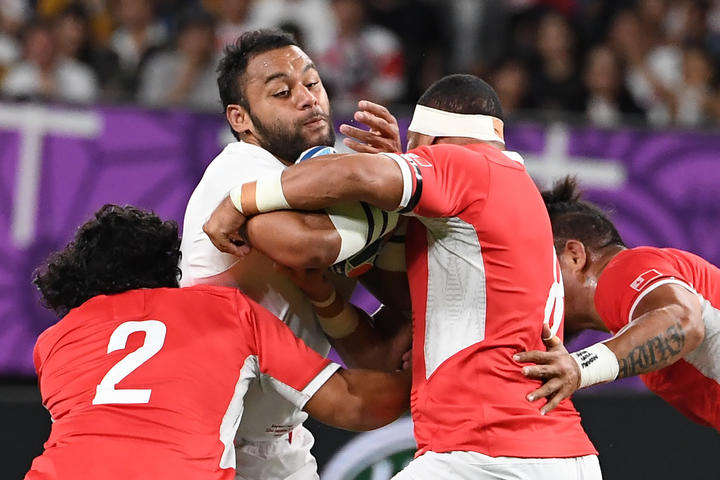 Vunipola joined the Tongan players for an on-field prayer after the match and also embraced the team chaplain in the crowd after the final whistle.

"It was just something that happens, it's something you don't force. I was actually just a bit tired and kind of just went into a prayer so happy to share that moment with some of the boys from Tonga, happy to play against them and hopefully they can carry on playing as well as they did tonight the rest of the tournament," Vunipola said.

Tonga have a couple of injury concerns going into their next pool match against Argentina on Saturday, with first five Kurt Morath and replacement winger Nafi Tuitivake both admitted to hospital after suffering throat and arm injuries respectively. 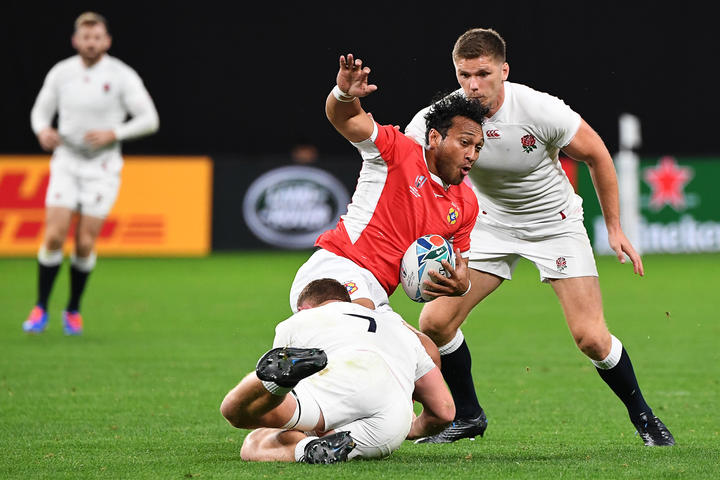 Nafi Tuitivake is in doubt for Tonga's next pool match against Argentina. Photo: AFP