First Person - Are you worried you might not survive the Rugby World Cup conversations around the water cooler? Sports journalist Zoë George, who lived in Japan, breaks down a few conversation starters to help you get through. 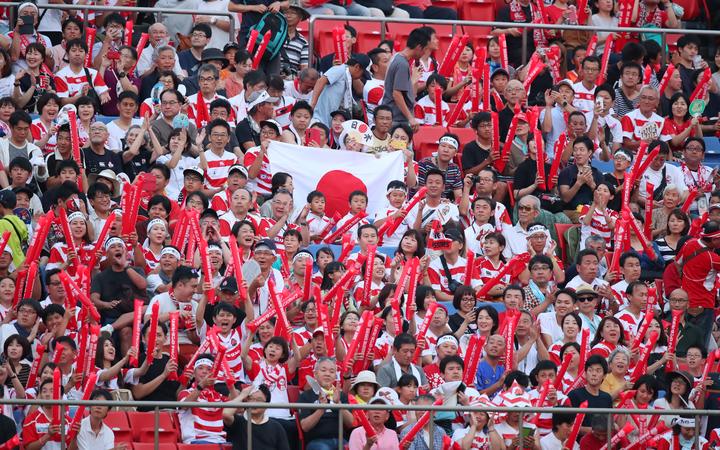 "Get in there" is a phrase you'll hear a lot over the coming weeks.

It's a term that is often heard in many places; the community, your town, your workplace and the rugby field.

It evokes a sense of solidarity and togetherness, but it can be difficult when the rugby conversations are happening around the water cooler and you don't know what to say.

For those who sit on the periphery of rugby, it can be hard to engage. But there's so much more to the Rugby World Cup (RWC) than what's happening on the field.

Here are some alternative conversation starters that can help you do your best around the RWC.

Who would have thought a rugby team would be named after something as delicate and beautiful as a blossom? But sakura (cherry blossoms) are a much-loved motif in Japan - it's their version of the silver fern.

Sakura represents life, death and renewal, and its appearance in April is celebrated far and wide with parties, festivals and a dedicated section in the news tracking blooming progress through the islands.

The Brave Blossoms (Japanese rugby team) are an outside chance for the RWC but they'll put up a good fight as they are coached by former All Black Jamie Joseph and Hurricanes coach John Plumtree.

It's proper practice to greet someone by bowing and is something we might see a lot of at the RWC.

A nod of a head is an informal greeting, while a deep, long bow (usually from the waist) indicates respect and is very formal.

Each person is greeted individually. If you want to engage in the practice remember to bow first, shake hands later otherwise it can end up in an awkward dance of flailing arms and bodies or a repeat of the odd three-way John Key handshake from 2011. 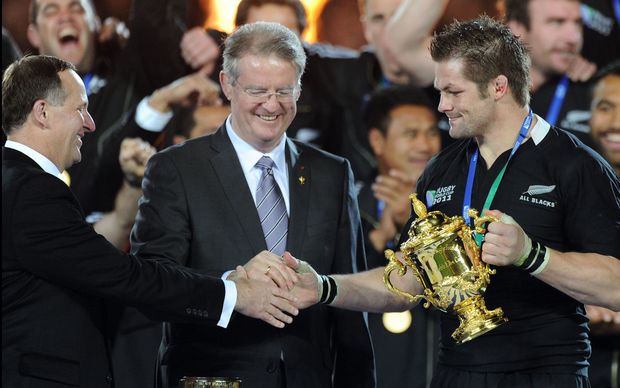 If you're engaging in the Japanese tradition of sake drinking be mindful of your cup and never fill it yourself.

It's practice for the person you are with pour your sake and vice versa. It's a polite way of engaging with each other.

But beware, expect your cup to be refilled each time you finish it so leave a little in the bottom if it all gets too much.

Maybe experiment with tea in the workplace before heading for the harder stuff. Sip, don't shot and don't forget to say a hearty "Kanpai" (cheers!) before taking a sip.

Understanding and following rugby jargon can be hard, but here's a few simple terms that will make you sound like a rugby fan in no time.

Try yelling "ganbatte" when your team takes to the field. It means 'do your best' and 'good luck' in Japanese.

"Don't pass it, kick it. Don't kick it, pass it" is an old rugby cliché that has survived for decades. It is always good to say when your team has possession and is on attack.

"Go wide!" is another classic phrase that is best said when your team has possession and there's a few players spread out across the field.

"Get in there" is perfect for when your team is on defence and making tough tackles. 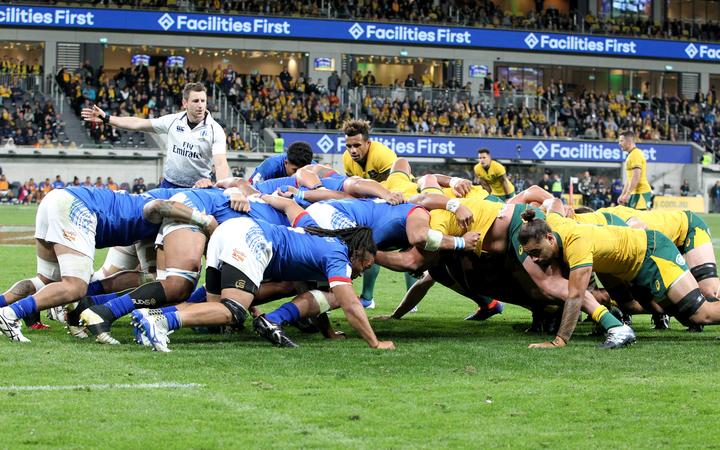 Who's going to win?

The All Blacks will be looking for a third straight world cup title but Ireland will be another team to watch; they are currently ranked number one in the world, with the All Blacks in close second.

Don't underestimate Australia, South Africa, England, Wales and France, the latter has always been a big challenger at world cups - particularly against the All Blacks.

There will be a swell of support for New Zealand's Pasifika brothers with Tonga, Samoa and Fiji playing. Samoa and Fiji have both made it into World Cup quarterfinals in the past; so expect some exciting play from them.

Now that you have a few talking points in your arsenal, go forth and get in there. Ganbatte!