Rugby's greatest rivalry is well and truly back, according to Springboks halfback Faf de Klerk, who reckons tactical subtlety will decide their sumptuous World Cup showdown with the All Blacks. 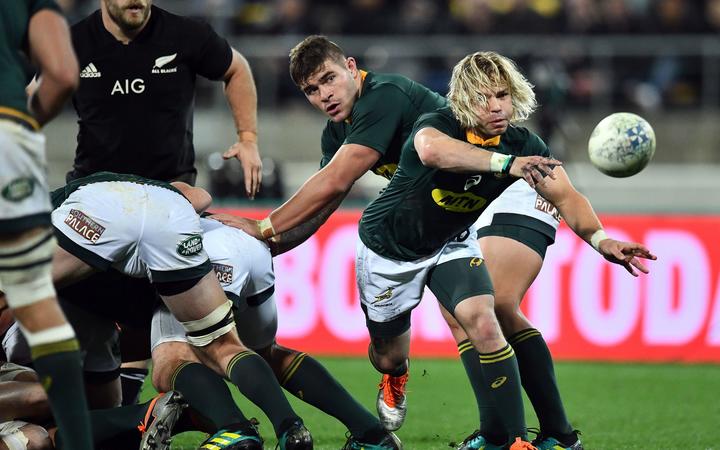 The tournament should come alive in Yokohama tonight when the two southern powerhouses square off for the 99th time in one of the most anticipated pool matches in recent memory.

The clash wouldn't have garnered the same box office status if it was staged two years ago, such were South Africa's struggles.

In the space of three successive Tests, the All Blacks outscored their rivals 155-28, leading to the sacking of coach Allister Coetzee.

His replacement, Rassie Erasmus, has instilled quality and fortitude that the All Blacks have struggled to overcome.

The last four meetings have been decided by two points or less - with New Zealand winning twice and South Africa once, while their July Test in Wellington threw up a 16-16 draw.

Influential playmaker de Klerk said those results have put the rivalry back where it once belonged for generations.

"We are definitely confident that we can win but I think in this game it is going to be 50-50," he said.

"We are two teams who are going to be very well prepared physically. It's probably going to be the guy who tries to outsmart the other team."

Sale No 9 De Klerk will be a central cog in his team's tactics through box kicking and launching blindside raids.

His influence has been compared to Fourie du Preez, who was the Springboks halfback when they last lifted the Webb Ellis Cup in 2007. 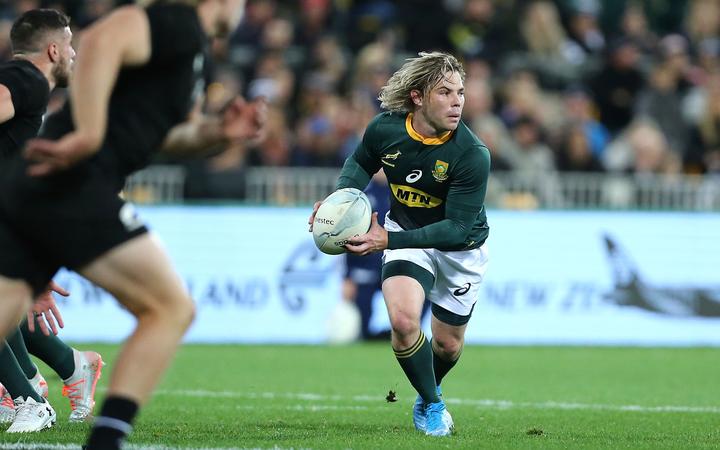 The All Blacks are likely to employ the twin playmaker tactic introduced this year, meaning Richie Mo'unga will start at five-eighth and Beauden Barrett at fullback.

That combination started together for the first time in the Wellington stalemate and struggled for traction.

The pair have since looked better together but de Klerk said the Boks hadn't poured hours into planning specifically for them.

"It doesn't seem as if there is a massive difference. Mo'unga will sometimes be at 15 and Barrett at 10 - that's just the way it works, and Ben Smith could also go to 15," he said.

"So their type of play won't change a lot. We just have to be up for it."

De Klerk couldn't say who starts as favourites, which in itself reflected the great strides made under Erasmus, he said.

With Italy, Namibia and Canada in their pool the All Blacks and Springboks will almost certainly vie for first and second spot, the winner perhaps enjoying an easier quarter-final against Scotland as opposed to world No.1 Ireland.