Opinion - This Liam Squire thing is quite interesting. 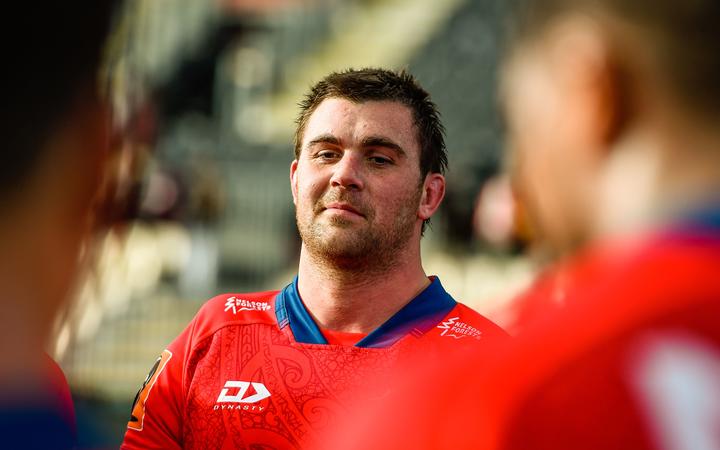 Liam Squire has been playing for Tasman in the NPC while the All Blacks played in the Rugby Championship and Bledisloe Tests. Photo: Photosport

In the grand scheme of things, blindside flanker should be the least of the All Blacks' worries.

If the team don't defend their Rugby World Cup title, it will be because things went badly awry elsewhere. The bloke who eventually dons the No.6 jumper will have little or nothing to do with it.

But we obsess, just the same. Partly to fill airtime and column inches, but mostly because there is such a dearth of suitable candidates.

Ardie Savea has played in that position in New Zealand's two most recent Tests. He was good in the second of those but you feel, despite his vigour, that a lack of size will eventually count against him.

Blindside flankers are often players who have, or could, fill in for you at lock. They're blokes with big bodies, which Savea is not.

That's part of the appeal of Scott Barrett. A lock by trade, he's not massive by international standards, but definitely mobile and multi-skilled.

Sadly his own finger fracture, then Brodie Retallick's shoulder dislocation, meant Barrett was required for locking duty in the first Bledisloe Cup clash of the season. Then he promptly got himself suspended, eliminating any chance to experiment at blindside.

Still, you assume it's an option All Blacks coach Steve Hansen will explore. Barrett is an outstanding player and really could prove an asset on the blindside during the world cup.

Then there's Jackson Hemopo, another lock who can play loose forward, and Vaea Fifita, who's a flanker who can play lock. Both have been in the All Blacks' squad in recent weeks without being given the opportunity to prove they do or don't belong.

Luke Jacobson, Shannon Frizell and Dalton Papalii are other flankers who've been in the squad too.

From Savea on down, they all have strengths and could all be relied upon to do a more than adequate job. Yet doubts persist that any are entirely suitable, which brings us back to Squire.

There was a time when he appeared destined for an illustrious All Blacks career at No.6. It didn't last long, though, as his form and enthusiasm waned and others such as Fifita and Frizell were given a go instead. 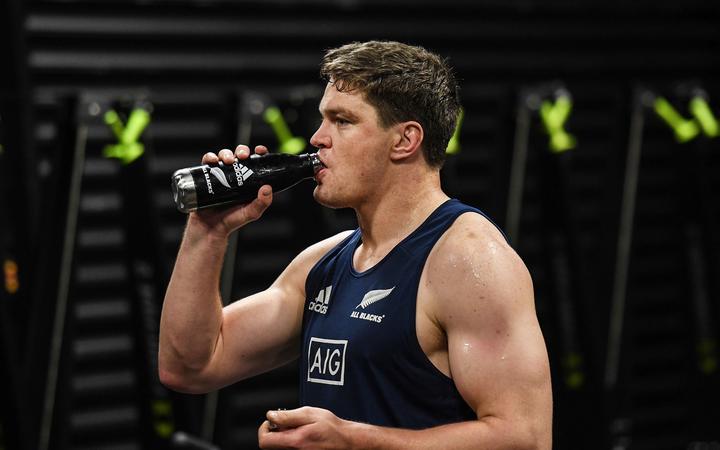 Will Scott Barrett be the answer to the All Blacks' blindside puzzle? Photo: PHOTOSPORT

Now Squire's set to take up a two-year contract in Japan, having maybe played a world cup on his way out the door.

Squire is a good player. He's big, can hit hard in defence and carries the ball with real impetus. At least on his best days. Sadly they were too infrequent, which is partly why we have the indecision about who to pick at blindside flanker.

Among the ironies here is that in not playing, as Squire has for much of this year, he's somehow become remembered as a better player.

His absence from Super Rugby was mostly due to injury, but also what's been described as personal reasons. He then made himself unavailable for the All Blacks' Rugby Championship campaign.

Things have always been worded very carefully in this regard, but the clear inference was that Squire felt mentally unprepared to play.

That's not something you minimise or trivialise and you certainly don't criticise it.

What's curious, though, is this suggestion that Squire can still go to the world cup if he wants to. Hansen has said he won't call Squire to ask, but should Squire ring him and say he's keen to play, then happy days.

Hansen's been prone to the odd throwaway line in his time but, as debate continues about who ought to play No.6 at the world cup, this one about Squire's being taken at face value.

To digress slightly, if there ever was such a thing as a 'Sevu Reece Debate' it's well and truly over now. It shouldn't be, but there you go.

Are we so short of wings in this country that we have to pick someone who was discharged without conviction for domestic assault? Apparently so.

Just as we're now so short of blindside flankers that we might be happy to pick someone who isn't sure they want to play.

All Blacks have often made themselves unavailable for tours or series'. In the amateur era, some guys simply couldn't afford to leave jobs or farms for weeks and months at a time.

Famously, All Blacks captain Graham Mourie and centre Bruce Robertson refused to play against South Africa in 1981 on moral grounds. They felt participating in the series amounted to tacit support for the apartheid regime, just as prop Ken Gray had done 11 years before them.

But Squire's not some conscientious objector. He's someone who for very valid, but personal, reasons declined to play Super and Test rugby this year.

That takes courage and, far and above anything else, you hope Squire is happy and healthy and content that sitting those games out was the right thing for him.

So let's leave it there. Let's not opine that he's the man to solve the No.6 problem. Let's not pressure someone into answering a national call to arms.

Let's thank Squire for his contribution, wish him well for the future and encourage Hansen to make do with the talent that he's got.