All of a sudden, this Bledisloe Cup test at Eden Park tonight really means something. One week on from the clandestine approach that typified the buildup to the Perth disaster in the first test against the Wallabies, a few things are coming home to roost for the All Blacks. 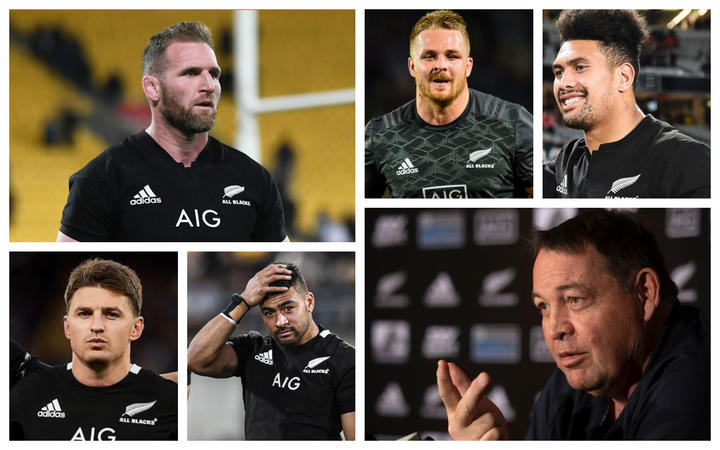 Firstly, this is very much the last chance to get something meaningful out of the Beauden Barrett/Richie Mo'unga double act. While on paper it seems like a good idea to have your two most influential backs on the park at the same time (especially since they'd done so in the closing stages of last year's tests), it's obvious that this is very much a solution to a problem created by Damian McKenzie's season-ending injury.

While Barrett has made the most of the positional switch, the same can't really be said of the Crusader who has usurped his number 10 jersey. Mo'unga needs a dominant display to stop the increasingly valid rumblings that he may well be a great Super Rugby player but not much more. 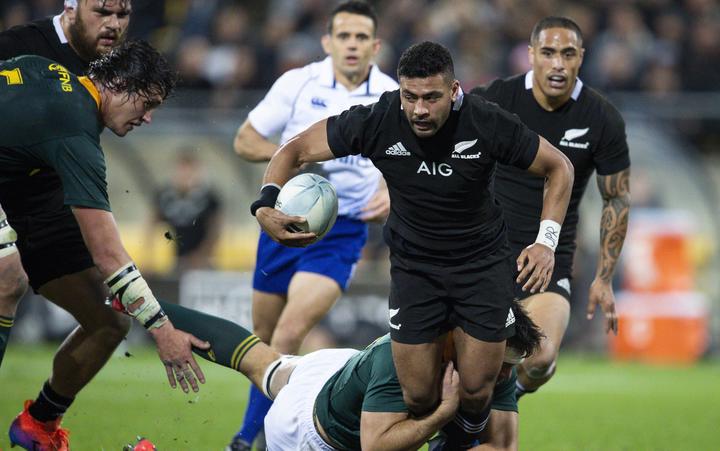 Richie Mo'unga needs to show his class for the All Blacks tonight. Photo: Photosport

There's another hole in the pack, this time left by the unavailability of Liam Squire. Shannon Frizell and Vaea Fifita haven't proven to be the men for the job, so Hansen's hand has been forced by Ardie Savea's hot form to include the popular Hurricane on the blindside flank. While it's meant that the All Blacks now have Savea's extremely effective attacking skills on the park for potentially 80 minutes, there is still a huge question mark over how well he, Sam Cane and Kieran Read operate on defence together.

Yes, it's difficult to take much out of last week's defensive effort given that the All Blacks played half the game a man down. But one thing is for sure - the Wallabies completely cashed in on some very shoddy ruck defence, which is very much a communication issue between the forwards. This pack only has a couple of games to sort that out, and one of them is about as close to the World Cup final as you can get. 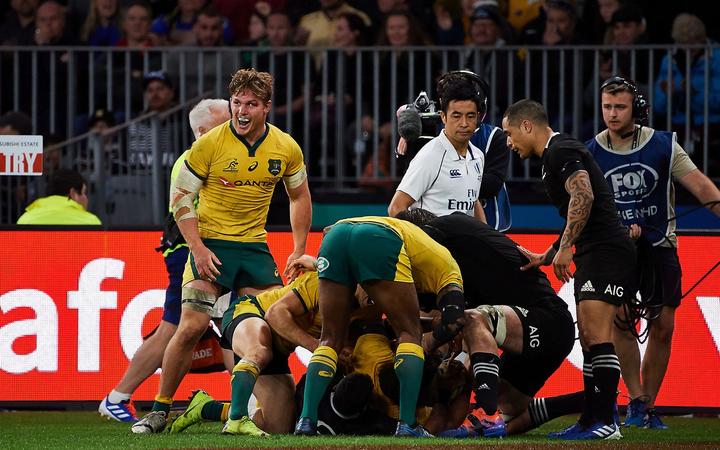 The Wallabies were able to cash in on some poor All Blacks' defence at the rucks during the first Bledisloe Cup test in Perth. Photo: PHOTOSPORT

At least that's what the All Blacks have been saying. All season Hansen has been talking up the importance of the Bledisloe Cup, which came off as slightly mystifying given the All Blacks have held it for so long it's probably not even worth them unlocking the trophy cabinet each year. It was supposedly the second priority after the World Cup, which now seems a bit hypocritical given that Hansen's made eight changes to the starting side from last week.

If the Bledisloe's importance is so paramount, then why are the combined 106 test caps of Ben Smith and Rieko Ioane being replaced by the four of Sevu Reece and George Bridge? Especially when the untested duo will be guarding the area of the field that the Wallabies ran rampant down last weekend? One coming in to replace the ineffective Ioane would have been understandable, but both confirms they'd planned this all along - odd for a supposed must-win game.

While this may well have been a case of throwaway rhetoric to boost what has been a one-sided series for years now, it's come back to bite Hansen. A loss tonight, which is entirely likely if the Wallabies play the way they did last weekend, will prove that these All Blacks aren't up to it in big games. Remember, you actually have to go back to Yokohama last year for what you'd call a dominant All Black performance against a top ranked opponent.

There are striking similarities between this All Black group and the one that went to unsuccessfully defend the 1991 World Cup. Throughout the late 80s, the All Blacks were untouchable, going 50 matches unbeaten. It seemed unfathomable that they would falter, until the signs throughout the 1990 season that were brushed off as a bit of a blip in form. They turned out to be a serious warning of the team's demise that culminated in a semifinal loss to the Wallabies, who went on to win the tournament.

But it didn't end there. It really took until 1995 for the All Blacks to get back to their absolute dominant best, so if this really is the end of the line for this group of players, we may well be looking at an elongated dark age.