The All Blacks have dumped star wingers Ben Smith and Rieko Ioane, along with centurion prop Owen Franks in an overhaul of the side ahead of the Bledisloe Cup decider in Auckland on Saturday. 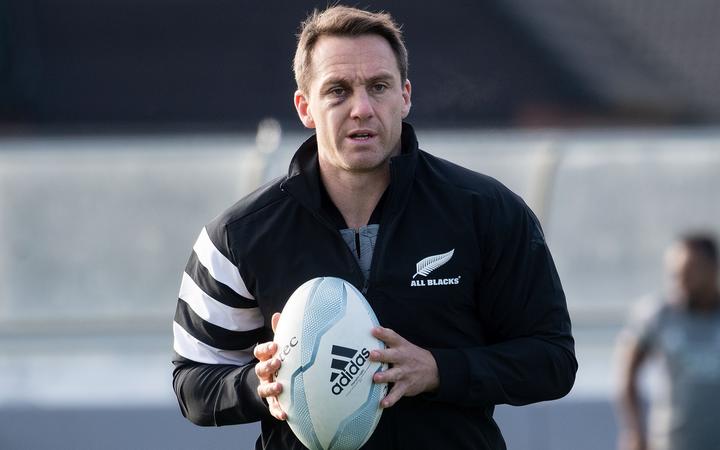 In a potential changing of the guard five weeks out from the Rugby World Cup, coach Steve Hansen has introduced young flyers Sevu Reece and George Bridge to the wing for Saturday's winner-takes-all Test.

Nepo Laulala claims Franks' tighthead berth in one of five starting changes from the team humbled 47-26 by the Wallabies in Perth.

There are three further changes in the reserves, with Ofa Tu'ungafasi named as loosehead prop cover.

Highlanders Jackson Hemopo comes in as the cover for lock and blindside flanker while Jordie Barrett takes Bridge's spot to cover the back positions.

The axing from the 23 of Smith and Franks could potentially end the career of two great All Blacks, with both having signed European club contracts beyond the World Cup.

Smith, a 79-Test veteran who last week became the first 33-year-old to play an All Blacks Test on the wing, may struggle for a seat to Japan in a hotly contested position.

Franks is the seventh most capped All Black with 108 Tests and one of their greatest scrummagers but the two-time World Cup winner lacks the mobility that Hansen now demands of his props.

It leaves New Zealand with their least experienced wing combination since Doug Howlett and Bruce Reihana started a Test against France in Marseilles 19 years ago.

Fiji-born Reece, 22, was the brightest light in Super Rugby this year, thrilling with his electric running on the way to a competition-high 15 tries in his rookie season for the champion Crusaders. His first and only Test was against Argentina last month.

Crusaders teammate Bridge's three caps have all come off the bench, including two tries on debut against Japan last year.

Hansen has persisted with two other key out-of-position changes introduced this year, again naming Beauden Barrett at fullback and Ardie Savea on the blindside flank.