Analysis - Despite the Silver Ferns going down to Australia, Thursday night felt like old times when the final result came down to a solitary goal. 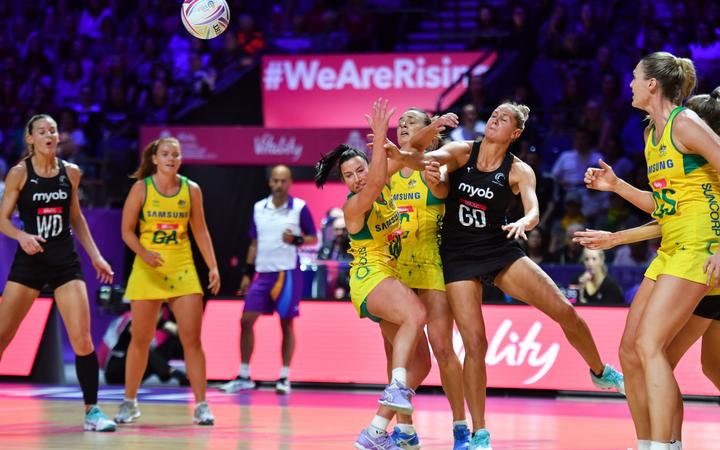 Maria Folau missed a last-second shot, consigning the Ferns to a 50-49 loss at the Netball World Cup in Liverpool.

In past years a one-goal loss to the arch-rivals would have been met with a 'not again' but considering where the Ferns have come from, it was a good development.

Most would consider the Diamonds favourites to win a fourth consecutive World Cup so the Ferns' performance was impressive.

And it will make England a little nervous, when they meet the Ferns in the semi-final on Sunday morning. England beat South Africa, 59-47, in another preliminary match a short time ago, and finishes top of their group.

It was a bit of a mystery coming into this game, just how the Ferns would shape up against the number one world ranked team.

The last time the two sides met in the Quad series in January, the Diamonds won by three, without their towering goal shoot Caitlin Bassett.

Last night's game was evidence that the Silver Ferns have made tangible improvements since Noeline Taurua came on board in August last year.

They have the ability to knock Australia and England over at this World Cup.

More recent teams might have crumbled, but when the Ferns went down by as many as nine goals, last night's new-look group refused to give up. 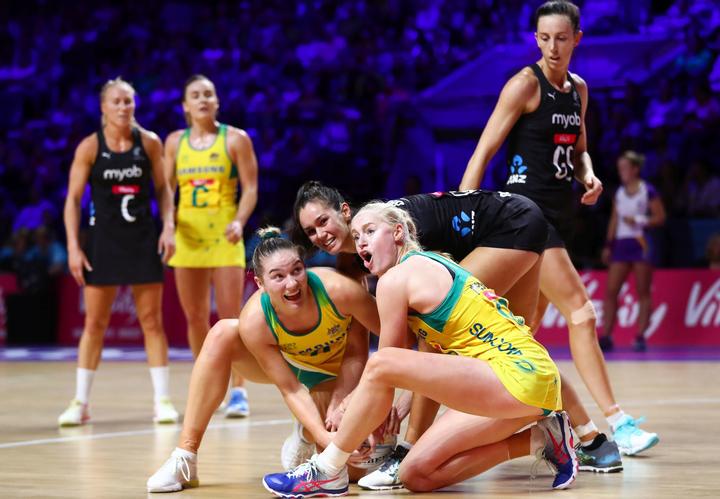 Remarkably, at one point in the game - six of the players on court were the same six that would have been on court at some point during the 2015 World Cup in Sydney.

It's that experience of Bailey Mes, Maria Folau, Shannon Saunders, Laura Langman, Katrina Rore, and Casey Kopua, that could really give New Zealand an advantage.

The timing of the substitutions that Taurua made also worked a treat.

It's interesting that when Taurua brought Mes on at GS and Folau went back to GA, the same combination used at the last World Cup, things started to improve.

So Taurua will take a lot out of the game.

In the semi-finals she might also be tempted to start Saunders at WA ahead of Gina Crampton, who still hasn't quite fired for the Ferns on a regular basis.

Saunders seemed to open things up in the attacking end. 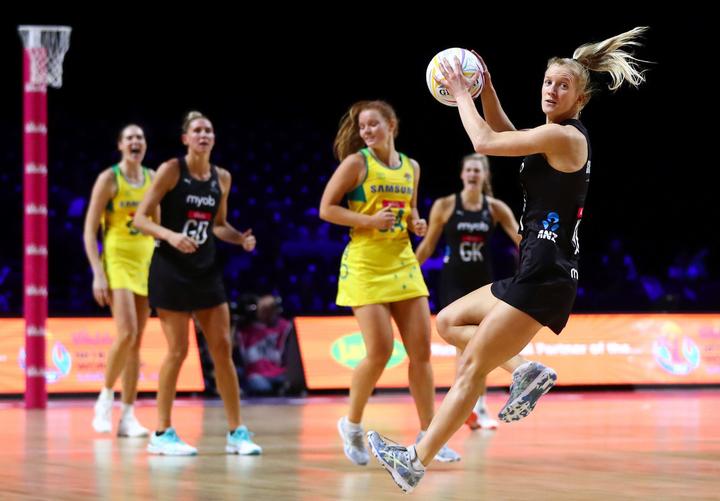 Shannon Saunders made a difference for the Silver Ferns. Photo: © Photosport Ltd 2019

The way Ameliaranne Ekenasio came out and imposed herself on the game, after being benched, also shows the players are taking control.

There is still some cause for angst.

The Silver Ferns had a slow start, which they can't afford to do in the finals.

Having gone through their first five games of the tournament with 90 percent shooting accuracy, that dropped to 85 percent, courtesy of the Diamonds suffocating defence.

To give themselves a fighting chance they really need to push 90 percent.

Last night Casey Kopua got reacquainted with Bassett, who continues to be one of the most awkward players to defend and will no doubt be a handful in the finals.

Interestingly, it was the first time Kopua had faced Bassett since October 2015.

People will remember the last time the Silver Ferns gave Australia a fright in pool play at the 2015 World Cup, they went on to beat us in the final - BUT the Ferns have to get there first.

Commonwealth Games champions England are a tough prospect and are an even more experienced side than New Zealand. They have been looking slick and beat the Ferns by 13 goals in the Quad series opener in January.

So the Silver Ferns will have to be better than last night but that's what Taurua always demands.