Silver Ferns coach Noeline Taurua says her team are where they need to be at the Netball World Cup despite going down fighting to the Australian Diamonds 49-50 in a preliminary match. 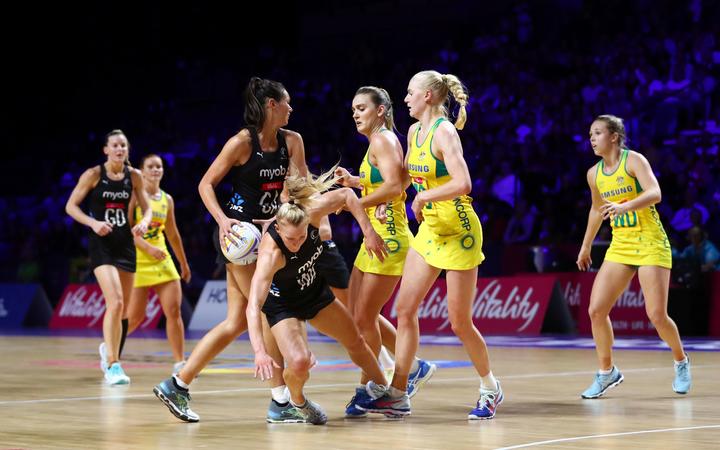 It was a trans-Tasman rivalry of old - the clock counting down with a potential goal to make all the difference.

It wasn't to be for the Silver Ferns, veteran shooter Maria Folau unable to draw the game in the dying seconds (which held no bearing on Australia's position at the top of the pool) - but it was a defining moment in the tournament for the women in black.

"We've still got a little bit to go to be able to keep up or put our dominant performance out there but it's a great start," Taurua said.

"Tomorrow is a big day for everyone [against either England or South Africa] because it's either a do or die, whether you get through to gold medal contention or not, so it's great for us to have that under our belt." 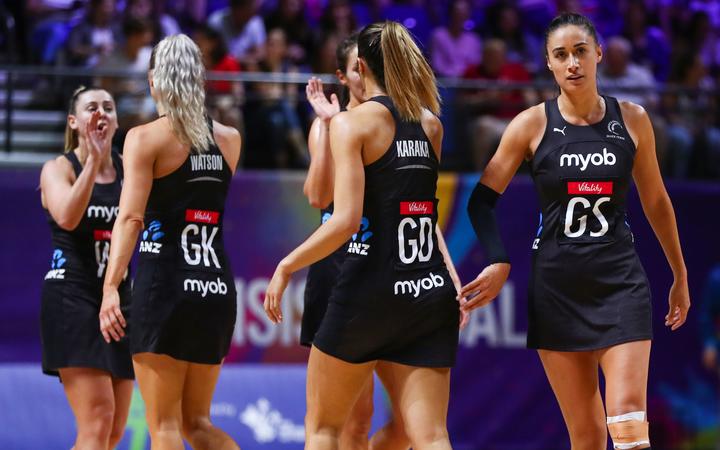 This game had every challenge the Silver Ferns have been preparing for but their biggest challenge was keeping their own heads in the game.

With every quarter came, as is traditional against the Australians, a more intense version of pressure than the last with some players needing to come off court to re-evaluate on the bench.

Veteran defender Casey Kopua said once her side were able to better channel their focus they were a force to be reckoned with.

"The storm that is coming we are ready for it, we need to be amongst it but we need to take it to them first before they get us," Kopua said.

"They did interfere quite a fair bit with our catch of the ball in the hands, so just those basics."

At half-time the score read 28-22 to Australia and at one point they led by eight goals. 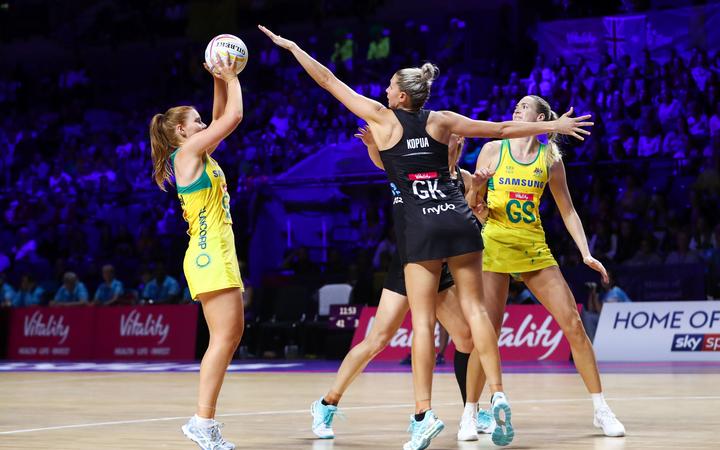 Casey Kopua at full stretch during the match against Australia. Photo: PHOTOSPORT

Kopua said something needed to change in the second half and while they were experiencing the toughest game of the tournament so far, it had nothing to do with the opposition.

"We knew we weren't doing what we needed to do enough of but also that belief," Kopua said.

"Once you get that little bit of doubt in your head it holds you back a wee bit so once we got in there and just removed that to just play freely, have fun and just do the job."

The Silver Ferns face England in the semi-final on Saturday, after their 58-47 win over South Africa.