Trent Boult is out for revenge after New Zealand booked their spot in the Cricket World Cup final, hoping Australia can join them at Lord's this Sunday. 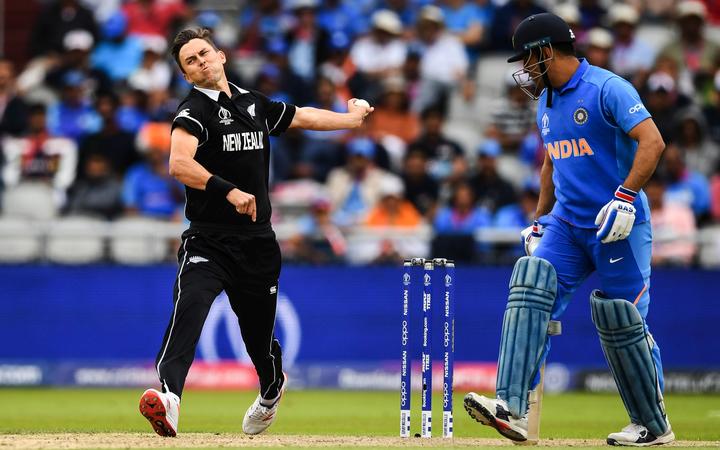 New Zealand reached the final for the first time in 2015, only for fellow co-hosts Australia to stroll to a seven wicket win in Melbourne.

The Black Caps will have the opportunity to go all the way again after beating India by 18 runs at Old Trafford in the semi final.

Boult knows knows who he would prefer to win the other last four showdown between Australia and England at Edgbaston on Thursday.

"Australia pumped us in 2015 in the final so it would be nice to (play them) again. But two quality sides are going to play, we'll be watching with interest," said Boult.

"We're just more excited about being on the stage; Lord's, Cricket World Cup final, it doesn't get bigger than that in my opinion. Whoever it is we're definitely looking forward to it."

New Zealand lost to both Australia and England in the group stage but Boult added "if we do the things well that we know we can do, especially with the ball, I think we're good enough to beat anyone on the day."

New Zealand improved their overnight score of 211 for five, held over to Wednesday morning because of persistent rain to 239 for eight, Ross Taylor top-scoring with 74 from 90 balls.

India lurched to 24 for four after 10 overs in response, Matt Henry and Boult starring in a devastating display of new-ball bowling.

Boult claimed the wicket of star man Virat Kohli and the left-arm seamer later returned to the attack to snare Ravindra Jadeja, whose swashbuckling 77 off 59 balls had given India hope before they subsided to 221 all out.

"It was mayhem out there, a little bit, with the new ball. Matt bowled extremely well, it was a dream start for us," he said.

"We're always trying to get sides two or three down inside that first 10 overs. I saw five for three at one point, it was great fun.

"They absorbed that pressure nicely, Dhoni and Jadeja, anything can happen with those guys at the crease. It turned out to be a very close game but nice to come out on the right side."