Katrina Rore is relieved to have been confirmed in the Silver Ferns squad for her third Netball World Cup. 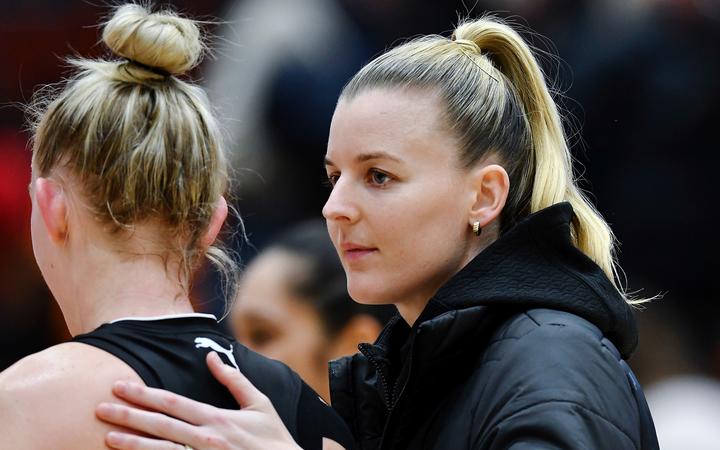 The 125-test defender had been in doubt for the tournament in Liverpool, after missing New Zealand's warm-up games last month because of a calf injury.

But she was confirmed in the 12-strong squad three days out from the World Cup, after passing a medical assessment.

Missing the tournament would have been a cruel blow for Rore, who fought her way back into the Ferns after being controversially overlooked for the northern quad series.

"It was a very tense three weeks for me," Rore said. "Probably more a mental battle than a physical one.

"But I did everything I could. Having this bunch of 12, plus Michy [Michaela Sokolich-Beatson] around, having my back and really pushing me to get here was awesome."

The former skipper says she now can't wait for the tournament to start and believes playing Malawi on day one (Friday night NZT) "is really, really good for us".

"Third world cup with the whole new name, whole new crew and this air of confidence around our side.

"Last year losing to them means there's that much more on the line for us so we just want to go out there and put forward our best performance."

The Silver Ferns were stunned by Malawi at the Gold Coast Commonwealth Games and returned home without a medal for the first time.

Coach Noeline Taurua took over after that forgettable campaign, but is still looking forward to the rematch.

"We want to start the competition off really well, strong and really put our own presence out there out on court," Taurua said.

She has declared the Silver Ferns "ready to go" after a week in England.

"I'm rapt. I'm really pleased where we're currently sitting, the progression that we've made over the time and just the intent of the team.

"Can't wait to get out there. I think that's what it's all about now. We've had enough training and we're ready to go."