Latest - All Blacks discard Te Toiroa Tahuriorangi will start for the New Zealand Maori team in its first of two matches against Fiji. 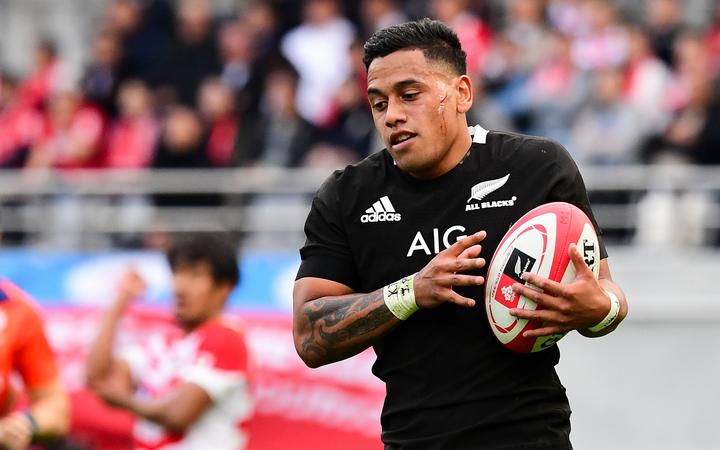 The Chiefs halfback has been named in the nine jersey for Saturday's opening match in Suva.

Fellow unwanted All Black Nathan Harris will have to be content with a place on the Maori All Blacks' bench, with captain Ash Dixon selected at hooker.

If Harris gets on the field it will be his first appearance for the New Zealand Maori.

Hurricanes first-five Fletcher Smith is the one uncapped player in the starting 15.

Fullback James Tedesco crossed with 32 seconds left on the clock to give New South Wales a stunning 26-20 victory in the State of Origin decider in Sydney to defend their shield. 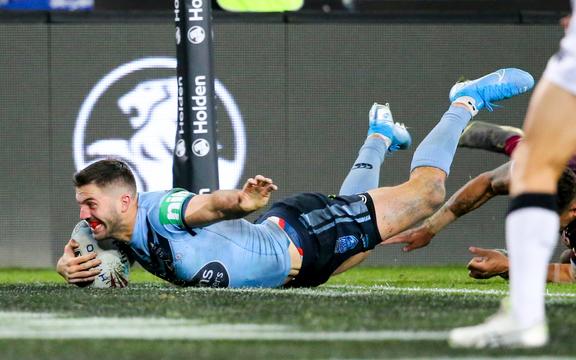 In one of the most dramatic finishes in Origin history, scores were locked at 20-all in the final minute when Mitchell Pearce had the ball in his hands.

His looping cutout for Tom Trbojevic resulted in Blake Ferguson tiptoeing down the sideline, before finding Tedesco inside for the game-winner.

It came after Queensland forward Josh Papalii crossed in the 77th minute and debutant Ethan Lowe nailed a pressure conversion to level the game.

Tedesco, who was later awarded with the Wally Lewis medal as the player of the series, proved to be the hero with his miracle finish.

The dramatic ending snapped a run of seven straight defeats in Origin deciders for the Blues, dating back to the start of the Maroons' dynasty in 2006.

Michael Venus and Raven Klaasen will be back on Centre Court at Wimbledon tonight after winning a marathon five-set quarterfinal match against Henri Kontinen from Finland and Australia's John Peers. 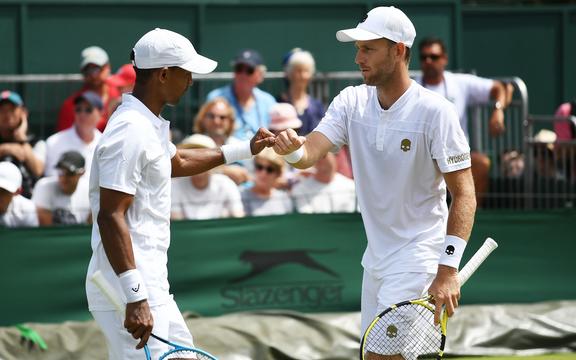 This was by far the toughest match Venus and his South African partner had played at this year's Wimbledon and it was also the first time they'd dropped a set.

However, they were able to win the last two sets in convincing style to stay alive at the grass court grand slam.

Venus says he's looking forward to being back on tennis' hallowed ground, having played there in the final in 2018, where he lost with Klaasen to Mike Bryan and Jack Sock.

Meanwhile, there were mixed results in the mixed doubles. Artem Sitak and his German partner Laura Siegemund beat the third seeds Mate Pavic and Gabriela Dabrowski, however Marcus Daniell, who was battling an adductor injury, lost his match with Jennifer Brady from America.

Former Springbok World Cup-winning winger James Small has died at the age of 50 after suffering a heart attack.

Small was praised for his performance in the World Cup final, where his brave tackles on giant New Zealand winger Jonah Lomu helped the Boks to a surprise victory at Ellis Park.

Known for his aggressive style of play, Small was the first South African to be sent off in a test when it was rare in rugby, banished in a match against Australia in 1993.

He had numerous run-ins with opposition players, and sometimes his own team mates, earning a reputation for his feisty personality that lived on after his career.

Small is the third member of the world champion team to pass away after loose-forward Ruben Kruger succumbed to brain cancer in 2010 and scrumhalf Joost van der Westhuizen died after a long battle with motor neurone disease two years ago.

Ian Foster keen to take over All Blacks

All Blacks assistant Ian Foster has put his hand up to succeed Steve Hansen as head coach after the Rugby World Cup, giving Crusaders boss Scott Robertson competition for the role.

Foster, in his eighth season as a Hansen deputy, says he's keen to step up.

"If you're asking me what happens after (the World Cup), then we'll have to wait and see," the former Waikato Chiefs coach said in comments published by New Zealand media.

"I'm absolutely committed to this team. This is my eighth season, and I'm keen to carry on. I'm excited about an opportunity to put my name in the ring as a head coach, but that's the future."

Foster has stiff competition in the form of former All Blacks loose forward Robertson, who guided the Crusaders to a third straight Super Rugby title on Saturday with a clinical 19-3 victory over the Jaguares.

Foster, a former first five and Waikato stalwart who played over 100 games for the province, has ignored potential job offers elsewhere to stay in New Zealand Rugby, as Hansen did as an assistant to former All Blacks coach Graham Henry.

Hansen, who has been involved with the All Blacks for 16 seasons, eight as head coach, is stepping down after the global showpiece in Japan. His successor has big shoes to fill.

The All Blacks have won 85 of their 96 test matches since he succeeded Henry in 2012.