Sports media around the world have praised New Zealand's shock victory over India to reach the Cricket World Cup final, saying the Black Caps have produced the bowling performance of the tournament. 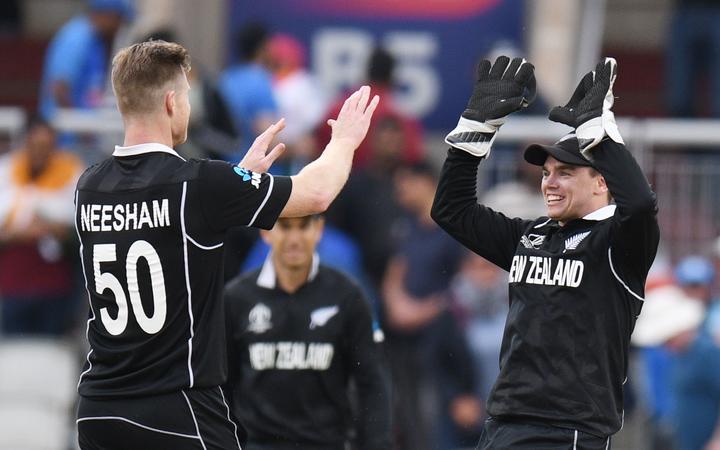 "Make no mistake, this was a stunning, surprising, unexpected win by New Zealand, with India heavily tipped from the start to win the tournament," said BBC reporter Amy Lofthouse.

"With play going into the reserve day after rain ended play on Tuesday, the bowlers were superb up front, defending what seemed to be meagre target. 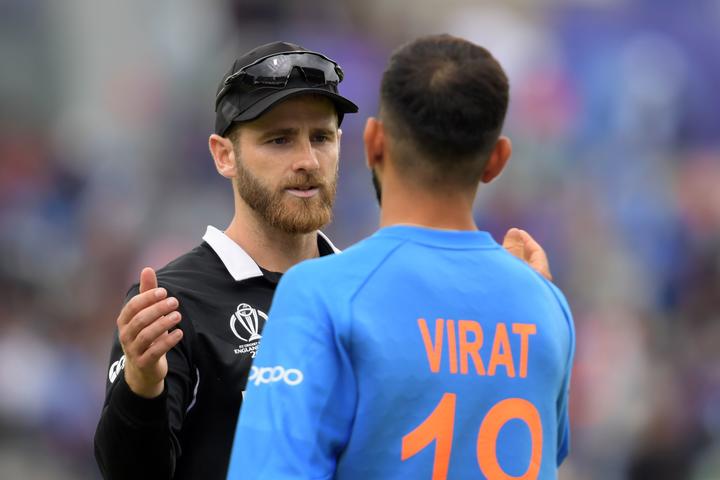 Kane Williamson speaking to Virat Kohli at the end of the match. Photo: AFP

She added that it was a credit to the Black Caps that they were able to keep their nerve in the final tense overs, and the swing their bowlers obtained will be a worry to either Australia or England in the final at Lord's.

The Guardian's blogger Simon Burnton said it was an unforgettable match that was turned around by the devastating new-ball burst from Player of the Match Matt Henry and Trent Boult.

"The book will always say that New Zealand beat India by 18 runs in the first semi-final of the 2019 World Cup. But you'd need thousands and thousands of words to tell the full story of a marvellous, nuanced match. It placed unreasonable demands on the brain, gut, heart, nerves, eyes and soul - and that's just for the neutral supporters.

"At the end of it all, New Zealand are in the World Cup final again."

"It was a bona fide classic - subtle as a Test match at times, unbearably dramatic at others."

He also said Martin Guptill's run-out of Indian batsman MS Dhoni was "the champagne moment of tournament so far".

James Dutton in the Daily Mail said it was a thriller. "What an extraordinary match and a result I don't think anyone predicted yesterday let alone this morning."

Best bowling team and also the best fielding unit makes the final !!!! #cwc2019 WoW...what a game .These Kiwis are awesome ..they fight for everything .Congratulations @BLACKCAPS 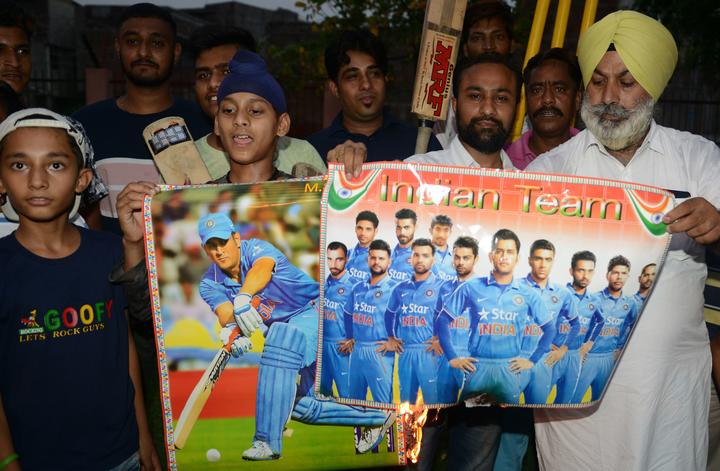 Cricket fans in Amritsar in India burn a poster of their team after their shock exit from the Cricket World Cup. Photo: AFP

In India, where cricket is a national passion, there is disbelief with former greats saying it was a mistake to play Dhoni too far down the order.

Former international batsman VVS Laxman said it was a "tactical blunder" for which India paid a high price.

And Virender Sehwag described it as "a case of so near yet so far".

Congratulations to @BLACKCAPS on making it to the finals. Jadeja played an outstanding innings and got India in the game along with MS Dhoni, yet it was a case of so near yet so far #IndvNZ

Indian media were especially severe in their criticism, with the Hindustan Times lamenting Kohli for his captaincy and the Times of India slamming the team's "45 minutes of bad cricket" in which they lost four wickets early in the run chase.

Prime Minister Narendra Modi was among those who expressed his disappointment.

A disappointing result, but good to see #TeamIndia’s fighting spirit till the very end.

India batted, bowled, fielded well throughout the tournament, of which we are very proud.

Wins and losses are a part of life. Best wishes to the team for their future endeavours. #INDvsNZ