The Black Caps' cricket world cup semi-final against India goes into a reserve day after rain in Manchester stopped play with New Zealand on 211-5 off 46.1 overs. 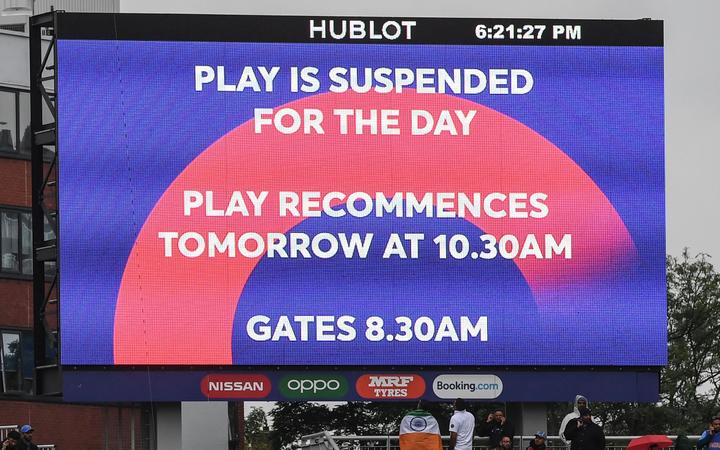 The match is set to resume at Old Trafford at 9:30pm (NZT) - weather permitting - and will remain a 50-over-a-side contest.

Match officials waited for more than four hours before deciding to take the game to its reserve day.

"Should adverse weather continue throughout the reserve day the match may be shortened. India will be required to bat for at least 20 overs to complete the match," the governing International Cricket Council said in a statement.

Ross Taylor will resume on 67 with Tom Latham on three after New Zealand failed to vindicate skipper Kane Williamson's decision to bat first at Old Trafford.

India's disciplined bowling attack dominated the game before it was halted.

Williamson won the toss and unsurprisingly elected to bat at a venue where teams batting first had won all five previous matches.

Openers Martin Guptill and Henry Nicholls found themselves straitjacketed by India's new ball pair of Bhuvneshwar Kumar and Jasprit Bumrah, both of whom began with maiden overs. 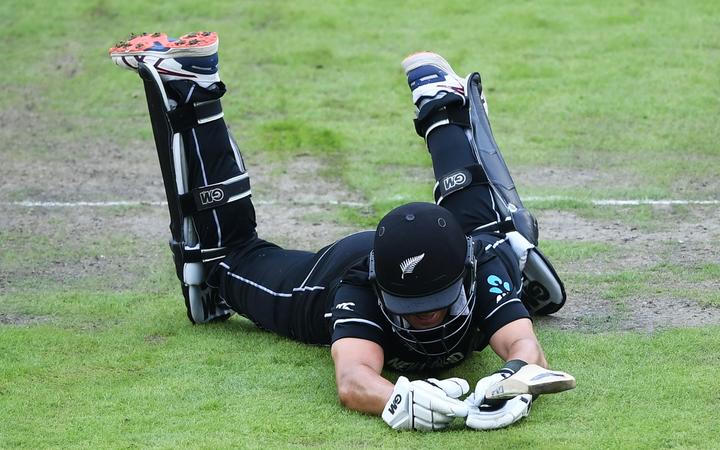 New Zealand had to wait until the 17th delivery to get off the mark, while their first boundary came in the final delivery of the fourth over.

Bumrah dismissed Guptill for one but Williamson again came to his team's rescue with a classy 67, his fourth 50-plus score in the tournament which includes two centuries.

More importantly, the right-hander stitched together two half-century partnerships, first with Nicholls and then Taylor, to resuscitate New Zealand even though boundaries dried up.

His side went through nearly 14 overs without a boundary and Williamson fell to an uncharacteristic soft dismissal, slicing Yuzvendra Chahal to Ravindra Jadeja at backward point.

Taylor brought up his fifty with the only six of the New Zealand innings and successfully overturned a leg-before decision when on 56.

India's trusted five-bowlers policy nearly backfired with Hardik Pandya hobbling off the field with a hip injury before returning to complete his full quota of 10 overs.