New Zealand sorely missed Lockie Ferguson in yesterday's comprehensive defeat by England and need the right-arm quick back to lift their bowling in the semifinals of the Cricket World Cup, former captain Daniel Vettori has said.

England got off to a flying start and were 194 for one in 30 overs before a New Zealand attack minus Ferguson, who sat out with a tightness in hamstring, somewhat arrested the run flow to restrict the hosts to 305-8.

Ferguson's absence denied skipper Kane Williamson the luxury of using their leading wicket-taker in small bursts to dent their opposition.

"New Zealand missed Lockie Ferguson in Durham, particularly because of the way he fits into the structure of the game," Vettori wrote in his column for the International Cricket Council.

"Kane likes to use his as a first-change bowler in short 2-3 over spells. With him out, that meant they had to shuffle things around a little.

"If he is back for the semi-final, that will give New Zealand a lot more certainty around how they go about their 50 overs."

New Zealand, despite their third successive loss, are set to make the semi-finals ahead of Pakistan because of their vastly superior net run rate. 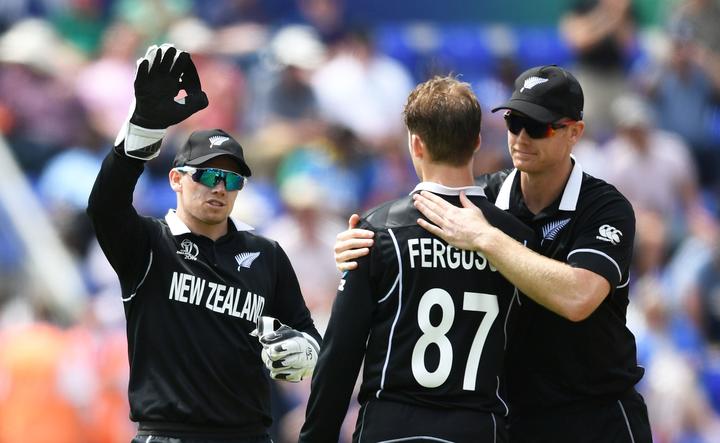 "He was fantastic again and the knuckle ball to dismiss Jos Buttler was a highly-skilled piece of bowling," Vettori said.

"At the top of the order he is a left-arm fast swing bowler who can take wickets, and then when Kane needs someone in the middle overs to attack, he turns to Boult.

"He's also got that ability to reverse the ball in the death overs, when he is an attacking and defensive option."

Losing three matches in a row was not ideal but Vettori had no doubt that the 2015 finalists could start afresh.

"I don't think it will affect the team too much, particularly knowing some of the guys well.

"They have six or seven individuals who can win a game for them, and that is a pretty exciting way to think about it."