First Person - Ravinder Hunia is in Manchester for the Cricket World Cup semifinal where the Black Caps will play against India, battling internally with who to support. 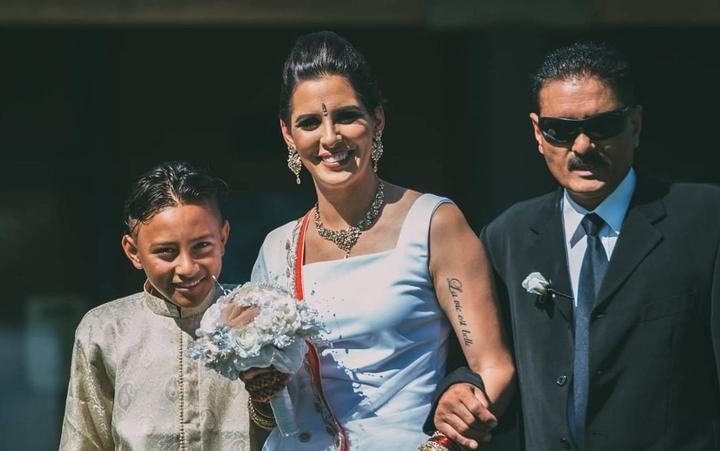 My father Surjit Singh was born in an Indian village, Daroli Khurd, in Punjab 60 years ago while my mother entered the world in the kiwifruit capital of New Zealand, Te Puke, five years later.

It still amazes me how these two very different worlds collided, but they did.

I've never really thought about it until Pakistan upset the top order of the Cricket World Cup, forcing New Zealand and India to play each other in the first Cricket World Cup semifinal at Old Trafford.

So who do I give my allegiance to in this match?

I posted this thought on social media:

Who do you support on Tuesday's semi-final when you are from both countries? #ProudMaoriPunjabi pic.twitter.com/VXe5d6lDDg

I even spoke about it on a cricket podcast. Advice ranged from support who financed my trip to the UK (NZ taxpayers through RNZ) or stay on the fence and support both.

I have grown up with cricket and have taken what it meant for my dad for granted.

My theory? As an immigrant, my dad saw himself in those Indian cricketing superstars, namely Sachin Tendulkar, who I still regard as the 'uncle-ji' I never had, giving a real sense of belonging away from home every summer.

My mother was the eldest of her four siblings and grew up a whāngai (adopted within the family) child to my great grandmother, a Māori from Tapuika. She was a runner in long and short distances - she was gifted.

My father was the eldest son raised in a small village on the North-West border of India and Pakistan who assumed the position of 'Papaji' (father) when my Babaji (grandfather) was away with the Indian army. He had aspirations of becoming a footballer and was pretty good too. 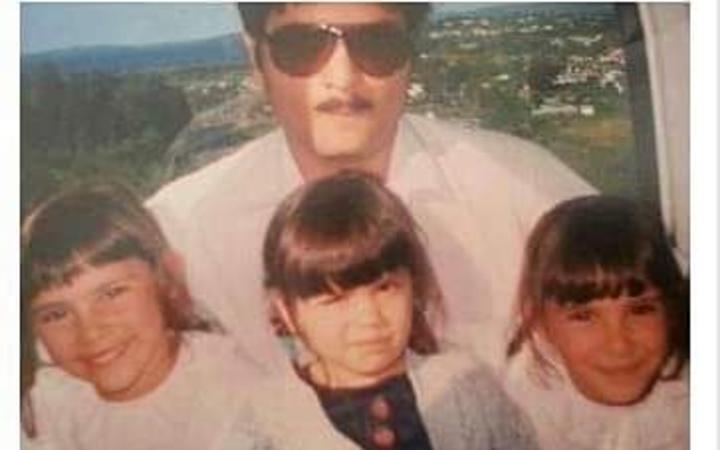 Dad migrated to New Zealand seeking greener pastures, met my mother in Tauranga and the rest is history. We grew up immersed in two different cultures. We attended Gurudwara (temple) on Sundays, Punjabi school on Saturdays whilst learning kapa haka and singing waiata.

There was one thing that stood out though. Like so many Indians in New Zealand, cricket became part of our DNA.

It's that same unity that has willed the Indian cricket team to its current world-leading success, and again to the top in the pool section of this tournament in England. I attended a training session at Old Trafford and lost count of the number of Indian people asking me how to get into the gates for a peek.

But if you think New Zealand doesn't possess cricket culture you'd be wrong. My mother didn't have a background in cricket at all but she was all about the culture that surrounded it.

My parents share three daughters including me, and she always supported Dad giving us the heavy Kookaburra bat, the tape unwinding at the top, to learn to use. Imagine an 8-year-old girl (me) taking a fast red cricket ball from a grown man (Dad) and having to perform.

Even when he bowled me out he would shout "howzaaaat!!!" and order me off the pitch (the front lawn).

But that's how many cricketing careers started I imagine.

Through the years my dad's own allegiances changed slowly from India to the Black Caps (this may have had something to do with the inclusion of Dipak Patel). Similarly, my mum started to prepare subji and roti while my dad would be laying down a hangi.

I remember vividly the 1987 World Cup match when India beat New Zealand by nine wickets. My dad cried; we had never seen him cry before.

This was the game in which Chetan Sharma took a World Cup hat-trick at Nagpur after New Zealand batted first. Then Kris Srikanth and Sunil Gavaskar smashed the required 223 with ten overs to spare.

So here we are 32 years later and it's Black Caps against India. One team struggling to find momentum, the other looking like world beaters. One the place of my father's birth; the other, mine.

I have been preparing to report on this crucial game. Getting ready for a must-win game - a place in the final at stake.

Studying the form of the players like the greats Virat Kohli and Kane Williamson. Preparing for the extraordinary crowd scenes and the tension and the noise and the colour.

And in the midst of all this, I got a text from my father. Who would he support, I wondered.