The 20-year old centre back was part of the Sydney FC squad in the 2018/19 season and has arrived from across the Tasman after agreeing terms on a one-year contract.

McGing made his debut for the Sydney based side in the Asian Champions League back in May 2019 and aims to force his way into Head Coach Ufuk Talay's plans.

McGing will join in with pre-season as the team head into their second week of preparations ahead of the FFA Cup fixture in early August.

Issac Luke to start for Warriors

Issac Luke comes into the starting line to replace injured hooker Karl Lawton for the Warriors' NRL clash against the Brisbane Broncos at Suncorp Stadium on Saturday.

Lawton left the field with a shoulder complaint after just 14 minutes of Saturday night's clash against Newcastle, Luke playing the last 66 minutes as the Warriors went on to win 24-20.

Lawton's injury is still being assessed while fellow hooker Nate Roache is side-lined for the season after suffering an ACL injury in the loss to Penrith on June 30.

The rest of the starting combination to face Brisbane is the same as the one used in Newcastle, Gerard Beale again in the centres, and Jazz Tevaga named at loose forward.

New Zealand's domestic women's rugby competition has grown with the inclusion of Northland in this year's Farah Palmer Cup, which now boasts 13 teams.

The 2019 draw has been released and also features more televised matches.

The opening round will see six of the Premiership teams take the field, defending champions Canterbury will host newly-promoted Wellington; the only team to have beaten them in the 2018 season.

Teams play each opposition in their own division once throughout the round robin, with the Championship teams advancing to quarter-finals and the Premiership teams going straight to semi-final action.

The Premiership kicks off on 31 August, followed by the Championship the week later.

NRL head of football Graham Annesley has told referees' bosses the level of errors in recent weeks is unacceptable.

Annesley highlighted three issues from the Warriors game against Newcastle on Saturday.

Annesley was unhappy that referees Adam Gee and Gavin Badger allowed play to continue after recognising Warriors centre Peta Hiku suffered an injury and reaffirmed they were aware of the NRL directive to stop play for serious injuries. 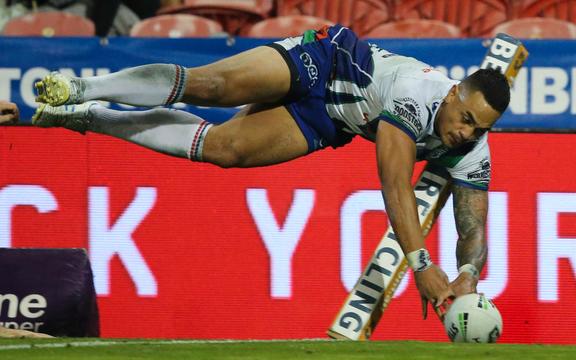 Ken Maumalo dives over in the corner against Newcastle but the try was disallowed. Photo: Photosport

The Knights went on to score a try despite Badger pointing towards Hiku as he staggered out of a tackle and telling Gee to "watch him".

It wasn't the only error in the match to leave Annesley frustrated and he said Ken Maumalo was incorrectly denied a try by NRL Bunker officials after they watched a camera angle that cast doubt over whether the Warriors winger had control of the ball as he grounded it.

The first camera angle confirmed Gee's call that Maumalo had correctly ground the ball and Annesley said review officials did not need to view any further angles.

A penalty against Adam Blair for stripping the ball from former Warriors team-mate Mason Lino was also incorrect as it had been a loose carry and should have been ruled a knock-on. Instead, the Knights scored on the next set.

A ruthless Roger Federer has raced into his 17th Wimbledon quarter-final with a 6-1 6-2 6-2 demolition of Matteo Berrettini but, contrary to what the scoreline suggests, this did not require a masterclass from the Swiss great. 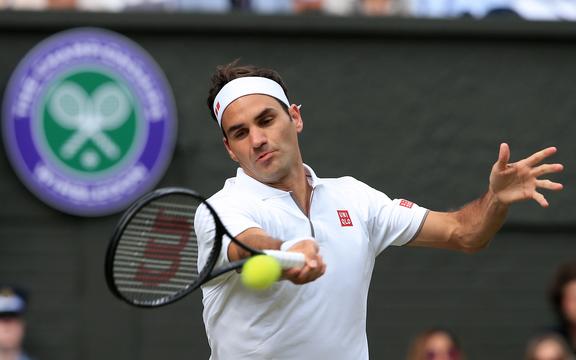 Roger Federer and the older brigade continue to dominate at Wimbledon. Photo: Photosport

Second seed Federer will face eighth-seeded Japanese Kei Nishikori for a place in the semi-finals.

Novak Djokovic remained in cruise control as he reached the quarter-finals by swatting aside France's Ugo Humbert, 6-3 6-2 6-3.

This is the first Wimbledon in the professional era when players aged 30 or over outnumbered 20-somethings and teenagers in the men's round of 16.

The nine elder statesmen who reached this stage also equalled the record for the most men in their 30s to reach the fourth round of a grand slam.

There are three New Zealanders in the top 10 heading into the final day of the Laser World Championships in Japan and it promises to be a real scrap for a place on the podium.

Sam Meech had a day to forget, finishing 39th and 21st on the penultimate day, but he's still in fourth only four points behind Australia's Matt Wearn in third.

George Gautrey is the next best of the Kiwis in eighth, only 12 points behind Wearn, and Tom Saunders is another three points back in 10th.

France's Julian Alaphilippe lived up to the hype as he snatched the Tour de France overall leader's yellow jersey by winning the third stage.

The world number one jumped away from the pack in the Cote de Mutigny, a brutal 900-metre effort at an average gradient of 12.2%, to claim his third stage win in the race after a 215 kilometres ride from Binche, Belgium.

Deceuninck-Quick Step rider Alaphilippe, one of the pre-stage favourites, hung on for dear life over the remaining 16 kilometres to take the overall lead from Dutchman Mike Teunissen, who dropped out when the Frenchman attacked.

Defending champion Geraint Thomas ended up 31 seconds off the pace at the end of the lung-busting final uphill stretch.

Matthew Wade and Mitch Marsh have arrived in Australia's World Cup camp as the team begin their preparations for Thursday's semi-final against England.

Wade is expected to replace Usman Khawaja in the squad for the finals, while Marsh is on standby for Marcus Stoinis as he battles a side strain.

Stoinis warmed up with the Australian team at Edgbaston today and was in contact with team physio David Beakley during training.

Meanwhile, officials are yet to lodge paperwork to officially have Khawaja replaced in the squad, despite confirming he'll miss the rest of the tournament with a hamstring strain.