Analysis - There's only one way to review the first week of the 2019 Super Rugby playoffs and that's by commending the obvious winner. 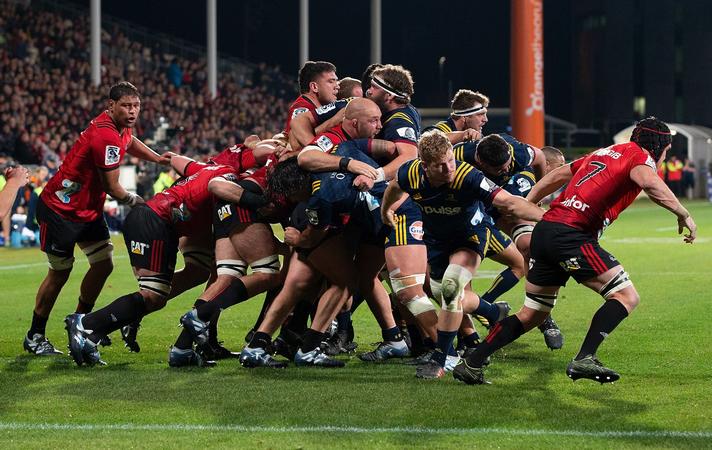 The Crusaders and the Highlanders in Friday's Super Rugby quarter-final. Photo: Photosport

No-one honestly believes the Jaguares and Brumbies are among the best four teams in the competition, yet one of them is going to make the final or, heaven forbid, maybe even go on to be crowned champions.

Admirable sides, sure, and hard to beat at home, but the Brumbies and Jaguares are not elite. The Jaguares are very good defensively and the Brumbies boast an enviable rolling maul, but too much of their continued participation in the competition is owed to geography and weak conference compatriots.

Teams such as the Chiefs and Highlanders are going to be judged on quarterfinal exits, which some analysts will say is disappointing. Maybe so. But the outcome of their respective seasons has to be measured against the advantages the conference system affords these other sides.

A bit was made of Liam's Squire's, so-called, moment of madness as the Highlanders lost 38-14 to the Crusaders on Friday.

Squire's job is to be an enforcer. Be it with ball-in-hand or on defence, the blindside flanker is obliged to be physical. On this occasion he mistimed a tackle on Crusaders opposite Whetu Douglas and was rightly sin-binned because of it.

Was it the winning and losing of the game? No. Sure the Crusaders rattled on two converted tries in Squire's absence, but they were the better team and always destined to win.

On a broader level, these are the types of tackles New Zealand needs Squire to be making, as we progress towards the world cup. He just needs to execute them better. 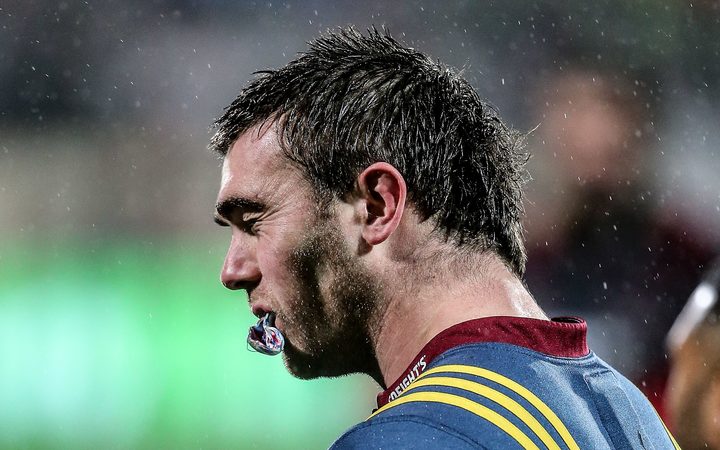 While yellow carded for his enforcing efforts, Hamish Bidwell wants to see more of his abrasive style in the lead up to the world cup. Photo: PHOTOSPORT

Season over for the Highlanders

Friday's was an admirable effort but, overall, you feel the Highlanders might've done better in 2019.

Individually there have been players, such as Ben Smith, Luke Whitelock, Aaron Smith, Jackson Hemopo and Tom Franklin, who played to the levels we'd expect. Others, notably tighthead prop Tyrel Lomax and first five-eighth Josh Ioane, have enhanced their reputations.

Collectively, though, the Highlanders just weren't accurate enough and lacked the grunt and game-management to win when it really counted.

In that sense, Friday's result was fairly typical.

The Crusaders do so many things right, but seeing the return of their horses jarred a little.

Gone were the swords and shields, replaced by the colours of the franchise's member unions, but the symbolism remained.

And for what benefit? Were they out to antagonise people? Show that they won't be cowed by those calling for an end to the Crusader brand and imagery?

They can say it was a means to celebrate and recognise their people, but it felt unnecessary. 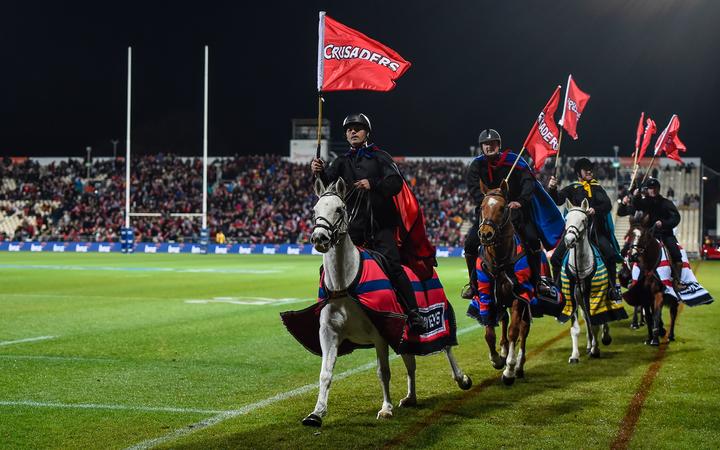 Did the Crusaders really need to roll out the horses on Saturday night, Hamish Bidwell asks. Photo: Photosport

Out go the Chiefs too

Buenos Aires is a hard place to play.

Teams arriving from New Zealand invariably find sleep impossible to come by. Motor skills suffer, training sessions become a shambles and matches that ought to be won comfortably quickly turn to custard.

So it was for the Chiefs on Saturday, as a useful 16-8 second-half lead finished in 21-16 defeat.

You have to give the Jaguares credit for victory. They are such an abrasive side, whose defensive line speed and physicality at the breakdown upsets most sides they play against.

The Chiefs tried to combat that with a short-passing game that didn't work. Even quality ball handlers such as Brodie Retallick spilled the pill and, with the lineout not functioning and first five-eighth Jack Debreczeni off with a muscle strain, the Chiefs largely beat themselves.

The Chiefs should be applauded for overcoming their 0-4 start to the season, along with an alarming injury toll.

They found a way to compensate for Retallick's long absence, but the knee injury that ended the season of first five-eighth Damian McKenzie really left a hole. Imagine what he might've done against that rushing Jaguares defensive line.

As for the Hurricanes

Again, set-piece struggles blighted much of the brilliant work done around the park. Lineouts, for instance, seem easy to read and the Bulls nearly snuck a draw after beating Isaia Walker-Leawere to Asafo Aumua's throw.

The Hurricanes know what a struggle games in Christchurch - particularly those of the knockout variety - can be when there's not a regular supply of decent ball, so Saturday's semi-final against the Crusaders is again going to come down to set pieces.

If the Hurricanes can somehow shore up their scrum and lineout, then they have a chance. If not, then first five-eighth Beauden Barrett's going to struggle and we're going to be treated to the latest instalment of the 'Is Richie Mo'unga better?' debate. 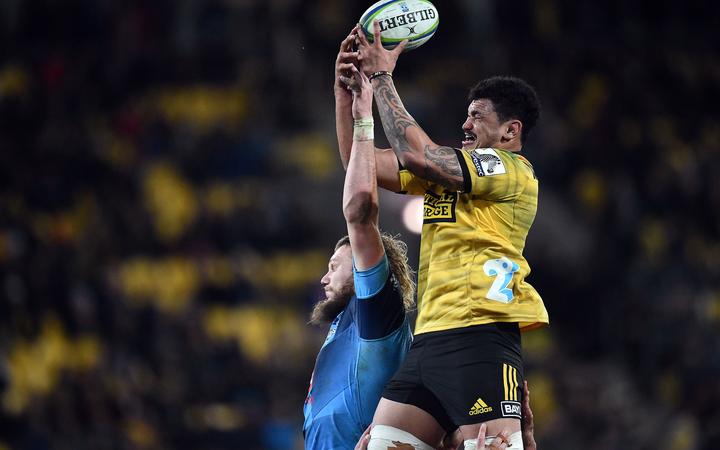 The Hurricanes lineout was easy fodder for the Bulls in their Super Rugby quarter finals. Photo: Photosport

Who would you pick out of David Havili and Jordie Barrett, right now?

When it comes to Crusaders back-three players, Sevu Reece, George Bridge or Braydon Ennor tend to get the mentions and Havili not so much. But the fullback who, like Barrett, is also adept in midfield, is a terrifically handy and accurate all-round footballer and would not look out of place in New Zealand's Rugby World Cup squad.

Whether on the wing, or at fullback, Barrett's assumed to be a likely All Blacks starter this season, but Havili deserves to be in that discussion too.