The Hurricanes have reached the Super Rugby semi-finals for a fifth straight season after holding out the hard-charging Bulls 35-28 in Wellington. 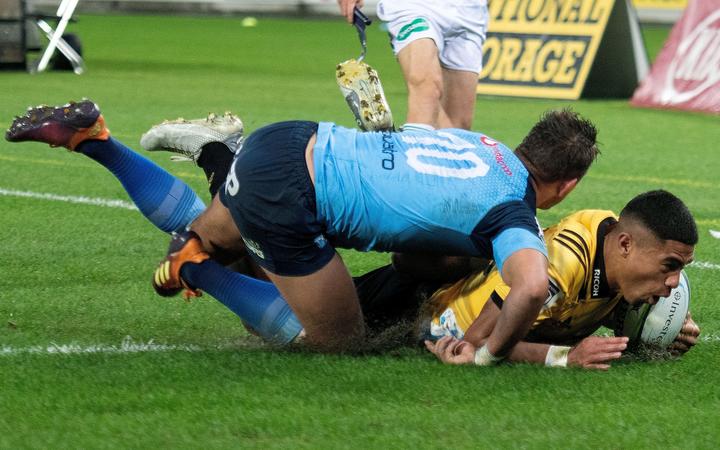 The South African visitors threatened to overhaul a 24-7 deficit in a thrilling quarter-final on Saturday but a Hurricanes side inspired by milestone men Beauden Barrett and TJ Perenara held their nerve.

It sets up a daunting semi-final against title favourites the Crusaders in Christchurch, with the Hurricanes desperate to reverse last year's result in the same fixture.

They'll need more vintage form from All Blacks halves Barrett and Perenara, who were central figures in numerous attacking raids at Westpac Stadium.

It was the 100th Super Rugby appearance shared by the pair - the most by any halves combination - while Perenara moved level with Ma'a Nonu and Conrad Smith as the most capped Hurricanes players.

The Bulls, making their first finals appearance in six years, crossed early through fullback Warrick Gelant while winger Cornal Hendricks bagged himself an impressive try in each half.

They truly launched themselves into contention when awarded a penalty try midway through the second spell, after Hurricanes winger Salesi Rayasi was deemed to have deliberately knocked down a pass. Rayasi was also shown a yellow card.

That was a black mark on an eventful night for the rookie, who crossed either side of halftime after entering as a substitute for the injured Wes Goosen.

Perenara and winger Ben Lam snared the early Hurricanes tries but they were forced to call on two late penalty goals from Jordie Barrett to keep the Bulls at bay.