A superb defensive effort in the final quarter helped the Jaguares to a 21-16 victory over the Waikato Chiefs in Buenos Aires on Friday, landing them a slot in their first Super Rugby semi-final.

The Jaguares kept the 2012 and 2013 champions scoreless in the final 30 minutes of the game to set up a home semi-final against either the ACT Brumbies or Sharks.

Flanker Pablo Matera and winger Matias Moroni scored tries for the home side, who had to fight back from a 16-8 deficit early in the second half when the Chiefs had looked to have seized the momentum. 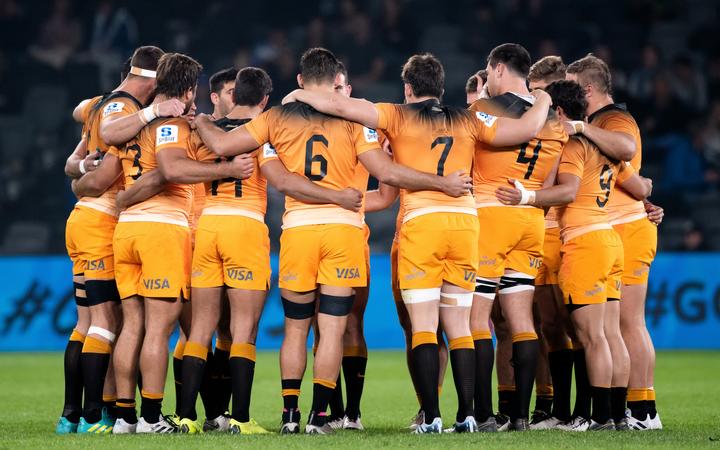 The Jaguares are through to their first Super Rugby semi-final. Photo: Photosport

The Chiefs effort then began to fade and handling errors continued to plague them as the Jaguares kicked two more penalties to take the lead and eventually the match.

Loose forward Lachlan Boshier scored the only try for the Chiefs, who had made an unlikely run to the playoffs after losing their first four games of the season.