New Zealand moved to the brink of the World Cup semi-finals with a thrilling five-run victory over West Indies on Saturday after Carlos Brathwaite's magnificent century almost produced a highly unlikely comeback win for the Caribbean side. 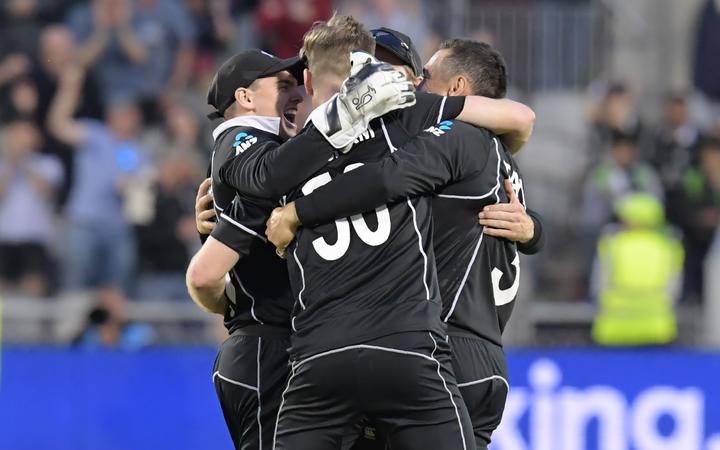 Look back at RNZ's live coverage of the match here.

Chasing 292, after skipper Kane Williamson's fine 148 for New Zealand, West Indies were well poised at 130 for two after 20 overs but never recovered from the loss of Shimron Hetmyer (54) and Chris Gayle, who made 87 including six sixes.

West Indies collapsed to 164 for seven and looked out of the game until Brathwaite led a rearguard action, bringing back memories of his sensational performance in the 2016 World Twenty20 final.

Brathwaite's power-hitting, including nine fours and five sixes and a 41-run 24-ball last-wicket partnership with Oshane Thomas who did not score, put West Indies within five runs of victory. 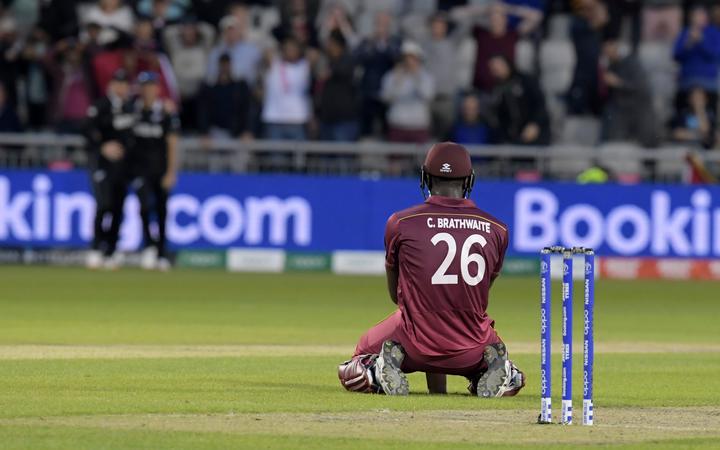 But on the final ball of the penultimate over, Brathwaite went for the big hit, only for his drive off Jimmy Neesham to find Trent Boult's hands at deep mid-on and the West Indies batsman collapsed to his knees.

Ross Taylor, whose 69 off 95 balls underpinned Williamson's century, said afterwards that there had been very little the Black Caps could do to rein in Brathwaite.

"The margin of error against Carlos, and a lot of their batters, is very small," he said.

"I wouldn't say it was a small boundary, and he was clearing it by a significant margin.

"At the end there, we had to go short at him and hope that one went up high. In the end, it was a very well-executed ball by Jimmy but also a very good catch by Boulty.

"It was only a couple of centimetres and it could have been a different result."

The win moved unbeaten New Zealand to the top of the table with 11 points and left West Indies staring at likely elimination in seventh place with three points.